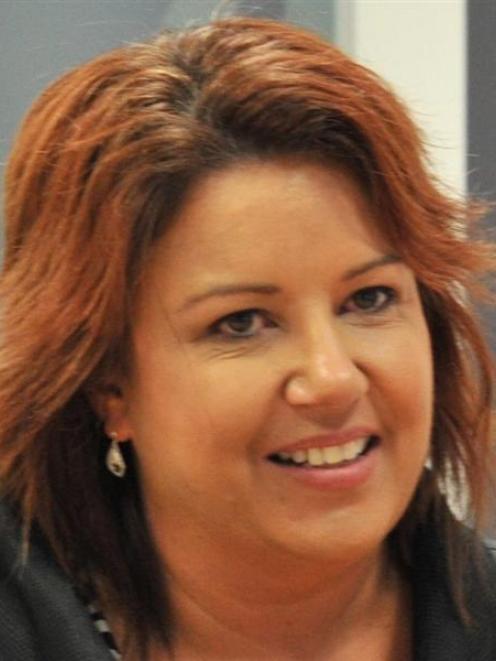 Paula Bennett
Government ministers Paula Bennett and Louise Upston have gone against a recommendation by the Overseas Investment Office and turned down a $88 million bid by Chinese billionaire Jiang Zhaobai's flagship firm to buy the Lochinver Station.

The Overseas Investment Office had recommended the Chinese-owned Pure 100 Farm Ltd be accepted in what Associate Finance Minister Paula Bennett described as a "finely balanced" decision.

However, ministers did not believe the benefits to New Zealand were great enough and used their discretion to reject it.

"While the OIO said the question of whether the benefits or the potential investment to New Zealand are or could be substantial and identifiable was finely balanced, it recommended approving the application.

''We agreed parts of the proposed investment could benefit New Zealand but our judgment on the overall balance of evidence the benefits are not likely to be substantial and identifiable."

It is the first time ministers have rejected a bid to buy a significant landholding in New Zealand since the rules were tightened in 2012 during the Crafar Farms decision to require the OIO to assess whether a foreign buyer could offer more than a New Zealand buyer would.

Owners of the land, the private Stevenson Group has issued a statement saying it was disappointed at the process and the outcome.

"At this stage I am not sure we agree with the assumptions used or the way the criteria has been applied - certainly the assumptions that have been used do not reflect our reality - we carried out extensive marketing of the farm and the hypothetical New Zealand purchaser did not come out of that process.

We are concerned that this process has taken 14 months with the end result that we have been deprived of our property rights to sell to the highest value bidder for some vague national benefit which has not been defined.

We are unclear as to why this property is different to the many others that have been approved through the OIO process, given the obvious benefits both to the farm and to Stevenson Group."

Franklin said that beyond this transaction, today's decision would "have significant economic ramifications for the New Zealand economy, particularly in the areas of international relations, uncertainty of foreign investment and rural land prices."

Paula Bennett denied the decision to override the Overseas Investment Office was because of public concerns about foreign investment.

"I have no qualms in sitting here and saying it was a decision in the best interest of New Zealand and not a political decision in response to public opinion."

She said the Government welcomed foreign investment and did not believe the decline of one application would be a significant deterrent.

She denied it was because of concern about Chinese buyers.

"I'm not going out there and deciding who buys land on the basis of their surname."

She said one of the reasons for declining was the low number of extra jobs it would provide. Of the 18 factors ministers had to weigh up, they considered seven to be of high importance and the proposed sale rated low across all seven.

"An example of that was jobs. There were a couple of contracting jobs and possibly one part-time."

She said the court's decision in the Crafar Farms case meant ministers had to weigh up whether a foreign buyer would offer more than a hypothetical New Zealand.

Crafar Farms were sold to Shanghai Pengxin but Bennett said there was a big difference with Lochinver. The Crafar farms were run down while Lochinver was well run - and that meant it was easier for the buyers of the Crafar farms to show it would have a substantial benefit to New Zealand.

Pure 100 Farm is a subsidiary of the China-based Shangahai Pengxin and applied last year to buy the 13,800 hectare farm near Taupo for $88 million.

NZ First deputy leader Ron Mark said the ministers' decision to block the sale was "baffling" given the Government had signed off on significant land sales in the past.

He questioned why ministers had seen benefits in allowing the sale of the Crafar Farms to the same company - Shanghai Pengxin - in 2012 and the 13 Synlait farms in Canterbury.

"The National government has merrily ticked off over a million hectares of land to foreigner buyers, and none of those sales add substantial benefit for New Zealand."