The Commerce Commission wants Fonterra Cooperative Group to be more forthcoming in the information it provides about sales outside the GlobalDairyTrade platform which are becoming more important to the world's biggest dairy exporter. 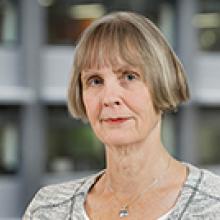 The regulator on Tuesday said in a draft report that the Auckland-based company's 2017 farmgate price of $6.15 per kilogram of milk solids met the milk price monitoring regime, saying the price was "consistent with both the efficiency and contestability purposes" of the soon-to-be reformed Dairy Industry Restructuring Act.

The commission could not form a view on the components Fonterra used to work out its weighted average cost of capital - known as the asset beta - and asked for more technical advice on the issue.

This year's monitoring regime is the first time the regulator has included sales of reference products outside the GDT platform, and in the draft report said Fonterra needed to provide more transparency around how it determines sales prices for those products.

"This year our review has focused on Fonterra's decision to include sales outside the GlobalDairyTrade auction platform to inform prices for whole milk powder, skim milk powder and anhydrous milk fat in the calculation, as well as the practical feasibility of the asset beta component," commissioner Sue Begg said in a statement.

"Fonterra is now selling a larger proportion of its products outside the GlobalDairyTrade and the calculation now reflects this trend."

Each season the commission is required to review Fonterra's calculation of what it pays farmers for raw milk to ensure the world's biggest dairy exporter isn't abusing its legislated dominance.

That legislation is back before Parliament, which intends to keep the existing regime largely intact while giving Fonterra discretion to reject applications from new conversions and drop the cooperative's obligation to sell regulated raw milk to large export-focused rivals from 2020.

The regulator chose to include the off-GDT reference products because of the growing importance of them in Fonterra's business and estimated it would add 4-to-5 cents per kg of milk solids with a more accurate assessment.

Fonterra has told the regulator it's still working how it will publish periodic updates on off-GDT margins and historic prices, something the regulator invited the company to do promptly, the report said.

Still, GDT reference products continue to be the larger proportion of Fonterra's sales and will "continue to provide a reliable reference point for us to assess the reasonableness of the off-GDT prices," the report said.

However, if off-GDT sales overtook GDT sales, "our confidence level on prices may naturally decrease" and "supports our recommendation on the need for greater public information to enable other processors to respond to such trends."

The regulator made a series of suggestions to Fonterra to allay the transparency concerns of independent processors, such as providing monthly disclosure on shipment dates and off-GDT sales information, and the ratio of on-GDT to off-GDT sales.

Submissions on the draft report are open until September 1, with a final report due on September 15.