Need for action over broadband 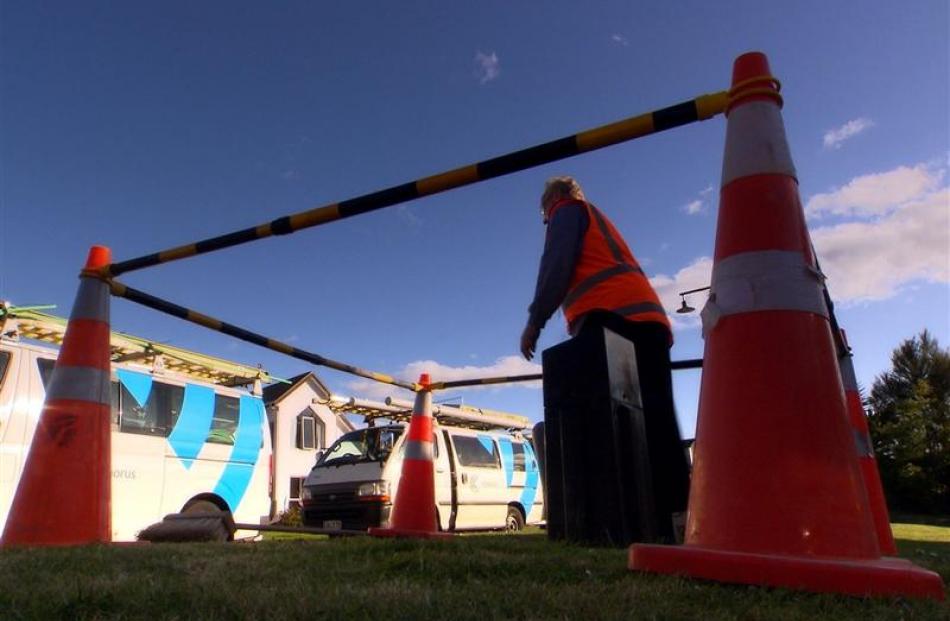 Chorus shares dropped 8% yesterday following an announcement by the Commerce Commission that Chorus must cut the price it charges for use of its copper network.

Many KiwiSaver funds had investments in Chorus, meaning the retirement plans of many more thousands of New Zealanders were at risk because of the commission announcement, he said.

Chorus operates New Zealand's copper wire network, selling access at a regulated price to competitors. The monthly wholesale price per line, the commission decided, was $34.44, a cut of 23%, slightly more than the $32.45 per month the regulator announced in a draft decision. The final price is well outside the Government's proposed range for copper broadband prices of $37.50 to $42.50. The present access price to the copper network is $44.98.

Mr Timms took issue with the ''arrogance'' of the commission in releasing its final determination when it knew it was working to outdated legislation, something that was about to be updated.

''These people sit in their ivory towers making these decisions while getting plenty of indications what the Government wants to do. It is all right for these critics of Chorus to go on about the price, but ultimately they may not get ultra-fast broadband.

''Once again we have a regulatory authority hitting hard-working New Zealanders in the back pocket,'' Mr Timms said.

There was a ''real risk'' Chorus could ''tip up'' without the intervention of the Government. Chorus chief executive Mark Ratcliffe said the pricing announced by the commission would wipe about $142 million off its profit forecasts, based on connection numbers at September 30.

Without government intervention, the loss of revenue would have two negative consequences. Chorus would have much less cash every year to invest and it would not be able to borrow the sums of money it needed to make up to a $3 billion investment in ultra-fast broadband, he said.

Prime Minister John Key said the impact of the price cut claimed by Chorus could have significant implications in its capacity to fulfil its obligations under the ultra-fast broadband contract with the Government.

''So this is, in that regard, quite a serious matter. On the other side of the coin we just need to think through all of the issues, what the options might be, what's in the best interests of everyone.''

The Government was considering how it would respond but would not rule out legislating over the top of the Commerce Commission's decision or even taking an equity stake in Chorus.

''The Government is now going to go away and consider all of the options, have some discussions with industry players and see what happens next. Our primary concern is to ensure ultra-fast broadband is built and can be rolled out to New Zealanders - but we'll just need to work our way through all of these particular issues,'' Mr Key said.

He warned against jumping to the conclusion the cut in wholesale copper prices put forward by the commission would result in cheaper prices for consumers.

Mr Ratcliffe issued some stern warnings about the issues Chorus would now deal with.

It would discuss the decision with existing lenders as well as the rating agencies who analyse the credit-worthiness of Chorus. Chorus was placed on an ''outlook negative'' in March following a review initiated when the draft UBA decision was released.

Chorus would notify its bank lenders without the anticipated government intervention, the price change was likely to have a material adverse effect on the group on December 1, 2014, under the terms of current borrowing arrangements. If that occurred, lenders would be entitled to trigger a default.

Chorus would also discuss with the Crown whether it was still a credible UFB partner in the way intended at demerger and how Chorus might deliver the balance of its programme despite the material funding gap in Chorus' business, implied by the commission decision.

When added to the present unbundled copper local loop (UCLL) price, this gives a combined wholesale copper price of $34.44 compared with the present price of $44.98 and the entry level fibre price of $37.50 to $42.50.

CallPlus and Slingshot chief executive Mark Callender said New Zealanders would benefit from the Commerce Commission determination, provided the Government did not intervene.

''The commission has done its job and now the Government should not intervene any further. Slingshot has already made a commitment it will pass through savings to consumers.''

CallPlus and Slingshot were strong supporters of ultra-fast broadband and the fibre network, but research showed the copper-based system would be the key delivery method of broadband through to 2020 and beyond, he said.

''The Government's bizarre suggestion it may bail out or buy back part of Chorus shows how broken its UFB programme has become. Just two years after signing the UFB contract with Chorus, the Government's signature project is in tatters. The Government knew the Commerce Commission would need to investigate and should have planned accordingly.''

New Zealand families should not be forced to pay $100 a year more than the regulator said was needed for broadband just because the Government negotiated a bad contract, he said.

Telecommunications Users Association chief executive Paul Brislen said the news was a ''fantastic early Christmas present'', which from next November would give New Zealand households and businesses more than $100 million a year more to be pumped back into the economy.

''Any price the Government might now propose above $34.44 per month would represent an obvious tax on Kiwi households and businesses in order to subsidise Chorus, an already highly profitable monopolist.''

Communications and Information Technology Minister Amy ADams said: ''Now the final UBA price is known, the Government will consider its options in detail before making any further decisions.''

''We will cut broadband prices dollar for dollar in line with the regulatory costs we face. Any savings we see will be passed through to our customers.''

The assertions by Chorus it needed copper prices to stay ''artificially high'' in order to build the UFB network seemed convenient for Chorus and unfair to customers who would be stuck on copper to 2020 and beyond, he said.

By sometime next year, Orcon would be signing up more new customers to UFB each day than to the copper network but, in the meantime, copper users should not be subsidising people who wanted fibre, Mr McAlister said.