Interviews will be held next week to select a chief executive to lead the South’s new business advocacy body. 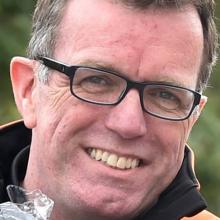 Neil Finn-House
The Otago Southland Employers’ Association and the Otago Chamber of Commerce jointly announced last October that the two organisations would merge.

In an update yesterday, Business South board of directors chairman Neil Finn-House said a large number of applications were received for the role and it was hoped the successful applicant would be announced next month.

Business South was applying to become an incorporated society although, at this stage, it remained business as usual for both the Chamber of Commerce and the Employers Association, which continued to operate independently with their own boards and staff.

Business South was a "transitional name" and it was clear there were some challenges with it.

Collaboration from both members and staff would be sought before determining a permanent name, Mr Finn-House said.

Dunedin-based project manager Stanley Hebden had been appointed to "oversee the alignment" of the two entities. Mr Hebden had held executive management and senior marketing roles with companies such as Southfuels, Polson Higgs, Bunnings and Avis Budget Group.