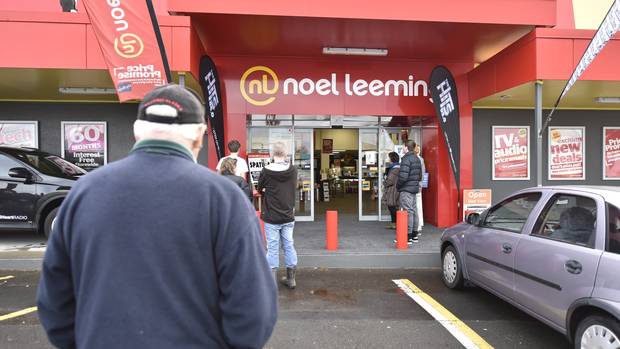 The company, owned by The Warehouse Group Limited, entered guilty pleas by notice to eight charges under the Fair Trading Act this week.

A lengthy sentencing hearing will be held in the Auckland District Court later this year.

The Commerce Commission filed the charges in April against Noel Leeming for breaching the Consumer Guarantees Act by misrepresenting consumers' rights.

Each charge related to a different complainant at several Noel Leeming stores between September 2015 and January 2017.

Customers had purchased or considered purchasing consumer goods such as mobile phones, laptops and household appliances when the breaches occurred.

The Commission said since 2007 it had issued warnings or compliance advice letters to Noel Leeming on three occasions.

The Warehouse Group told the New Zealand Herald it would not comment prior to sentencing.

However, after the charges were laid a spokesperson for Noel Leeming said: "We're disappointed by the Commission's enforcement decision, which came without the opportunity to investigate or discuss the complaints.

"We take our compliance responsibilities seriously and we want to do the right thing by our customers."