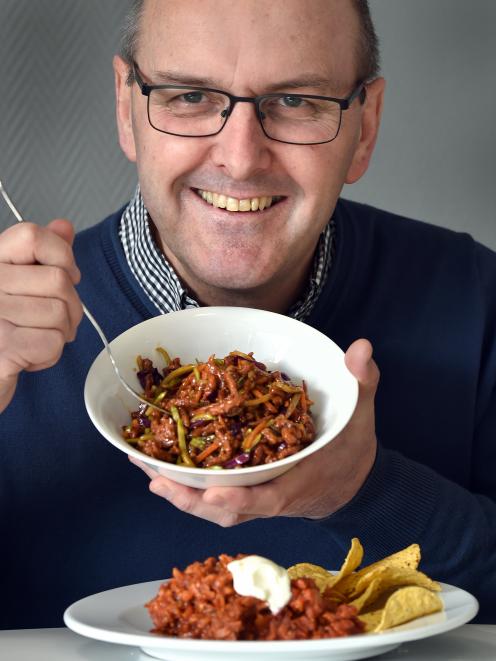 Last year, the Dunedin firm's owners, Grant and Sherie Howie, launched plant-based No Meat Mince, on the back of the rise of alternative proteins.

That protein provided not only ``great flavour'' but also the health benefits of omega-3, omega-6, essential minerals, vitamins and fibre, he said.

"Flexitarians are looking to replace some of the meat in their diet and so, as a business, we are responding to that new demand,'' he said.

Mr Howie had plant-based protein on his list of possibilities when he bought the long-established then Fishers Meats last year, knowing the trend was coming.

Earlier this year, The Washington Post reported retail sales of plant-derived meat alternatives had risen by almost 25% to an estimated $770 million in the 12 months ended August 2018.

Testing new plant-based products was a family affair, as the couple's youngest daughter followed a vegan diet and was a willing participant, with her friends, in trying out the company's new ideas.

Other new products were under development and planned for launch before the summer started.

Supermarket and food-service channels in Australia were showing strong interest and the business had the flexibility to customise products to their needs if required, he said.

Before we start advertising for hemp global businesses, make sure you investigate the strong correlation between marijuana and

Don’t forget to investigate the bad points too. Before we sell our families down the river