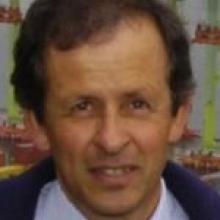 Geoff Plunket
Negotiations over restructuring proposals at Port Otago are near "crisis point", the Maritime Union of New Zealand says, as more than 200 staff are due to take part in a stopwork meeting today to consider a counter proposal by the employer.

Depending on the members' decision today, the union is not ruling out industrial action, as it and Port Otago square off for what may be their first major clash for more than 20 years. The port has been strike free since reforms in the late 1980s.

The union has already rejected the initial proposal by Port Otago to introduce a "vessel operations team" for a graveyard shift, which would cost 10 jobs, with both parties unable to agree on whether pay and conditions come under the contract agreed to last year.

Port Otago chief executive Geoff Plunket declined to comment on the stopwork meeting or any of the proposals yesterday, other than to say the union "knows the state of play".

Union national president and Port Chalmers secretary Phil Adams said a counter proposal by the union last week had been rejected by Port Otago, which had since delivered its own counter proposal.

"We can see the disadvantages of this new vessel operation. This [negotiation] is getting near crisis point. Either it will be mandated by members tomorrow or we will not be part of it and will fight back," Mr Adams said.

He expects more than 200 workers, including about 60 members of the Rail and Maritime Transport Union, to meet this afternoon and consider Port Otago's counter proposal.