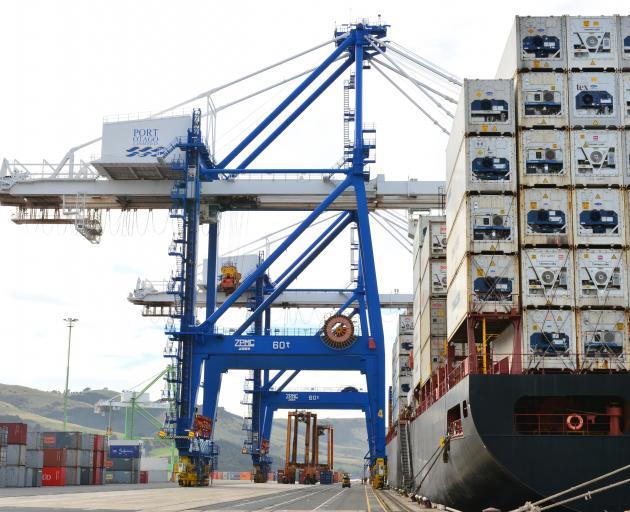 Photo: ODT files
Port Otago has achieved a record profit of $94.5 million for the 2020/21 financial year, largely due to unrealised property revaluation across its portfolio.

This morning, the port presented its full year result for the year ended 30 June 2021, to its sole shareholder the Otago Regional Council, which has received a $10.1 million dividend.

Port Otago chairman Paul Rea said that while the profit figure was significantly higher than last year’s $50.5 million, it did require context.

The result was driven by unrealised property revaluation increases totalling $82 million, he said.

Its revenue for the year was $90 million, down $20 million on the year before largely due to the ban on cruise ships entering New Zealand waters and fewer land sales from its Te Rapa Gateway property development in Hamilton.

The bulk business experienced a record year, with cargo volumes up 26% on the previous year to 1.9 million tonnes. That included log exports of 1.2 million tonnes.

Container throughput was down 9% on last year, as the global shipping delay led to last-minute schedule changes and vessel omissions.

The company’s total borrowing increased by $7 million to $79 million, as it continued to invest in property.

Shareholder equity increased to $635 million, with an equity ratio of 85% at 30 June.

To reflect the unrelenting year with shipping disruptions, container year congestion and the ever-present Covid-19 protocols of testing and vaccination, Port Otago’s board approved a one-off payment of $750 to its 1(a) frontline staff.

With this whopping profit. How does the Otago Regional Council justify a 72% increase in rates?