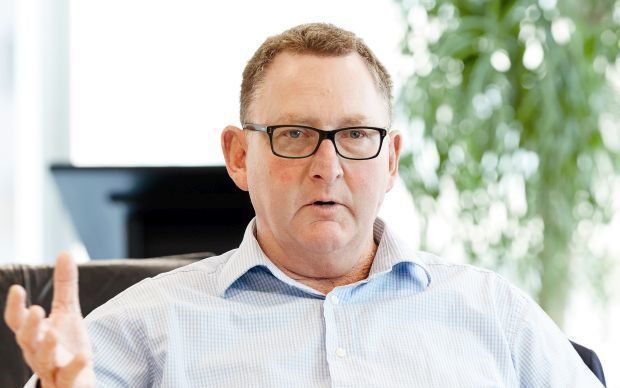 It comes after a request from the Finance Minister to do exactly that.

And while some have been long calling for this, not everyone is convinced it will do much to put first home buyers back in the game.

Orr has been insisting house prices are not part of the bank's current mandate to keep inflation and unemployment under control.

In a recent Morning Report interview he suggested that was the role of politicians.

"Monetary policy is a blunt tool, if you want to be targeting specific sectors, specific individuals, specific activities, then I would suggest that there is broader fiscal policy activities that could be considered," he said.

So when Finance Minister Grant Robertson put pen to paper and asked for the bank to give him advice on how it might do more to stabilise house prices, it screamed a real shift from the status quo.

Even currency traders took Robertson's letter as a sign falling interest rates could be over, sending the Kiwi dollar sharply higher.

But in an unexpected twist, Orr responded to Robertson's letter within hours saying the Reserve Bank already does what the government is asking.

That response took some shine straight back off the currency.

RNZ asked the Reserve Bank to comment on the discrepancy between Orr's statement and what he said to Morning Report but didn't hear back.

The Finance Minister on the other hand is pretty clear what he wants.

"As a government we are well aware that the housing market is performing in completely the opposite way to what economists were expecting before the election," Robertson said.

"We are also aware that while rising house prices can create a wealth effect for homeowners it is increasingly difficult for many first home buyers to get into the market."

While the ACT party and National are both claiming the credit for Robertson's action, they're all agreed it's the right thing to do.

"I think Grant Robertson has done the right thing, we support him in that and we hope that he will look to ACT because there are a lot more ideas where that came from," ACT leader David Seymour said.

"I have been pushing this angle for about 10 working days and I think it was a pretty easy solution to actually look at and I don't know why he didn't do it," National finance spokesman Andrew Bayly said.

The Green Party's Julie-Ann Genter was keen to pick holes in the move.

"The Labour government has to take responsibility for its policies as well, for looking at tax reform that is long overdue and for fiscal measures it can take, like putting money into liveable incomes by raising benefits, as many experts are calling for," she said.

"I guess the intensity of the scrutiny around house prices is something which both the government and the central bank are reacting to. I think there is a bit of crossing t's and dotting i's and making sure that something is about to be done.''

But he also said it was hard to know if adding house prices into the Reserve Bank's tool box would make much of a difference.

Westpac chief economist Dominick Stephens said it was unprecedented to try to influence the Reserve Bank in such a way and tax reform was a better solution.

The Finance Minister expects to hear back from Adrian Orr by the end of the year.

The real culprit here, which Robertson and the media seem to have conveniently forgotten, is the 2018 addition to the RBNZ policy targets agreement that mandated monetary policy should also support "maximum sustainable employment". Without that, there'd have been no need for the RBNZ to lower interest rates to absurdly low levels that fuel the housing market.