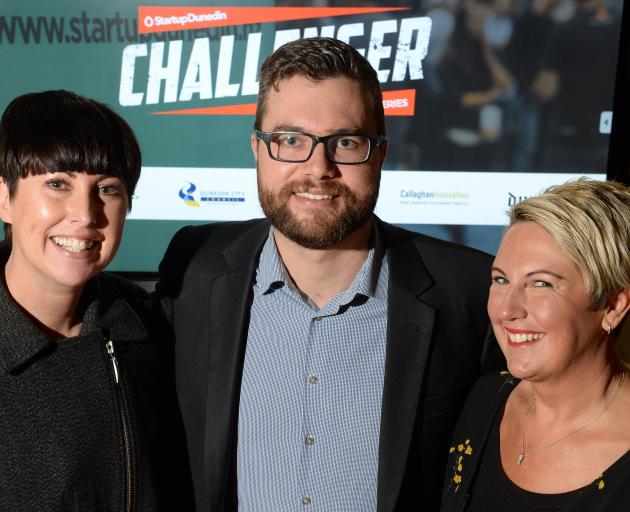 The launch of the Startup Dunedin Challenger Series was held at Gallaway Cook Allan Lawyers on Wednesday night.

Three businesses were selected from a shortlist of 20 - Paper Not Foil, The Pet Bistro, and Elixir, a cloud-based system for doctors to store information. They each received a $15,000 prize package and will be mentored over the next four months. If their projects are deemed to be investment-ready, they will then receive more than $50,000 in advisory services over the course of a year from Gallaway Cooke Allan, Startup Dunedin and Deloitte.

Paper Not Foil marketing manager Kale Panoho hoped the support would help the company break into the UK market.

Paper Not Foil's products were already used in more than 100 salons across Australasia, including about six salons in Dunedin.

Company founder Amanda Buckingham said the paper that was being substituted for foil was made from industrial waste and manufactured in Shanghai.

"It's price-competitive and actually, if you reuse it, it becomes more cost-effective than foil," she said.

Ms Buckingham started working on the idea after becoming interested in introducing more eco-friendly practices to her hairdressing salon - which used about 1.5km of foil every month.

By contrast, Pet Bistro founder Bex Hill's background was in teaching and tourism, so manufacturing petfood was out of "left field" for her.

She was inspired after seeing the difference a change in diet made to her dog, and said despite only starting up in April, she already had a solid client base.

She worked alongside pet nutritionists to create a quality product, which was shipped around New Zealand.

Elixir founder Jack Pivac was working to develop the cloud-based practice management system, with a team that included a Mercy Hospital cardiologist.

The system would have more speed and flexibility than present systems, which were "15-to-20-years old", and would allow specialists to work remotely.

It was already being used by some specialists at Mercy Hospital, and the support from Startup Dunedin would hopefully enable Elixir to upscale their operations.