Synthetics out in favour of natural fibres 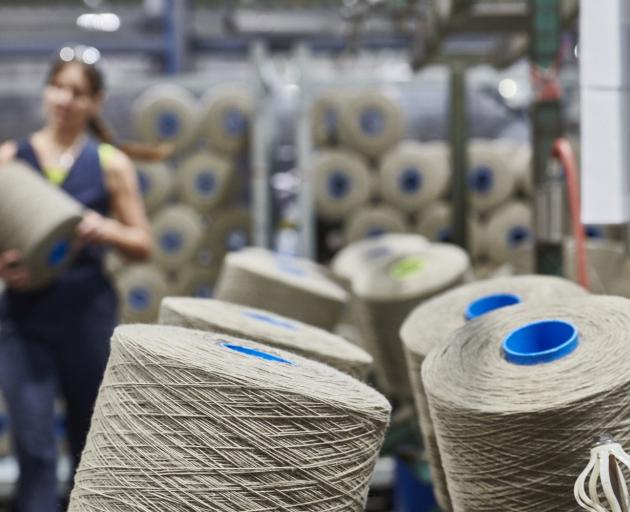 Inside Cavalier’s Napier spinning plant. PHOTO: CAVALIER
Carpet-maker Cavalier is ditching synthetics in favour of wool and other natural fibres, citing "negative impacts on people’s health and the planet".

The listed company yesterday unveiled a new transformational strategy, saying it would transition away from the manufacture and supply of synthetic fibre carpets over the next 12 months and existing synthetic stocks would be sold down.

In its strategy, the company said the long-term dangers posed by plastics were becoming clear. Plastic was a global problem and manufacturers needed to be part of the solution.

The impact that plastics had on human health was not yet fully understood, but early studies suggested that microplastics entering the body were a potential threat. The average Kiwi home with synthetic carpet was similar to having 22,000 plastic bags on the floor, by weight, it said.

For many years, wool carpet was the preferred option for flooring but in the past two decades more flooring choices had become available.

Synthetic carpets, made from plastic fibres, were introduced to Australasia, backed by global manufacturers with large marketing budgets.

Consumers were starting to reject plastic, particularly single-use plastics, in favour of multi-use or more sustainable alternatives. Consumers were also becoming aware that plastic came in many forms, including synthetic carpet, upholstery, curtains and clothing.

Earlier this month, the Wool Industry Project Action Group — established in 2018 to look at opportunities to improve returns for the beleaguered crossbred wool sector — released a report saying it believed natural fibres were "on the cusp of a renaissance".

In a release to the market, Cavalier said it had always believed wool was the best fibre for carpet; its vision was to become a leader in designing and creating desirable, sustainable, safe and high-performing natural interior solutions.

While the focus would initially be on woollen carpets and rugs, the company would also be seeking other partnerships in which it could leverage its design and manufacturing capabilities and the value of the Cavalier Bremworth brand to create new product categories.

With support from independent advisers and industry experts, Cavalier had undertaken a review of its businesses and opportunities.

The company had identified a "valuable and growing trend" from consumers seeking high-quality, natural and sustainable products in their homes and believed it was strongly positioned to meet that demand.

It was confident it would deliver better returns on investment for its shareholders and, while the transformation would take investment and time, Cavalier had the infrastructure, capabilities and expertise to effectively manage the change, chairman George Adams said.

The financial benefits of the change were expected to be seen with a return to profitable growth from FY23 onwards, following an initial 12 to 24 months of investment as the business was reset, the new strategy executed and as the economy recovered from Covid-19. The full benefits were expected to be realised from FY25 onwards.

It was evaluating a range of opportunities to fund the transformation, including the potential sale and lease back of some or all of Cavalier’s land and buildings. Shareholder approval would be required for that.

March and April trading was affected by Covid-19 restrictions, particularly in New Zealand, and that trend continued into May. Sales in New Zealand in June were stronger than expected, and ahead of the corresponding month last year, with wool margins strong.

There was less impact in Australia than expected, although monthly sales were down compared with the previous year. Trading in Australia was better than expected in June, although sales for the first half of July had tracked down in response to the recent lockdowns.

Cavalier’s bank debt had been reduced to historical lows and was $14.5million as at June 30, and stock levels had decreased to about $35million, a significant reduction on the same time last year.