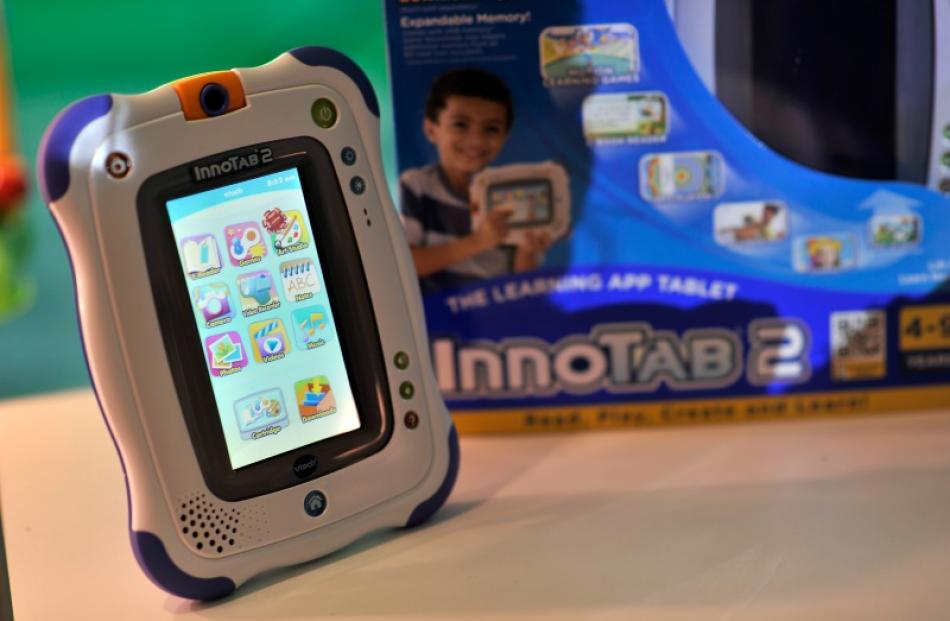 Hong Kong-based company VTech, which manufactures gadgets, tablets and baby monitors, acknowledged a breach after the details of up to five million customers. Photo by Getty

A few thousand Kiwis have had their personal details leaked by hackers who accessed confidential information from a global children's technology company.

Hong Kong-based company VTech, which manufactures gadgets, tablets and baby monitors, acknowledged a breach after the details of up to five million customers worldwide were accessed by hackers last month, AAP reported.

VTech head of corporate marketing Grace Pang confirmed to the Herald 1585 parents' accounts and 2304 child profiles from New Zealand have had their details leaked by hackers.

Hackers were also able to link children with their parents and access their photographs and voicelogs.

Ms Pang said while all personal customer passwords are encrypted, even encrypted data can be susceptible to skilled hackers.

"So we are advising affected customers to immediately change their passwords on any other sites that may use the same email, secret question and answer, and password combination," she said.

NetSafe executive director Martin Cocker urged Kiwis to notify their bank if their credit cards were stored on the website.

"It will be sensible to change passwords.

"It's hard to know what is taken but it is good to assume they have everything - credit cards and passwords," he said.

Mr Cocker also advised customers to be "extra vigilant" as hackers could use their personal details and email users similar items they might be interested in buying.

"You may get something that looks extremely legitimate because they [hackers] can access the database," he warned.

Mr Cocker said the leaked information was a serious breach but "one of many".

"It reflects the nature of online systems. They are vulnerable to that kind of thing," he said.

"Why are we collecting this information to start with? If you don't collect it, you can't lose it," Mr MacGibbon said.

The hacker, reportedly speaking with Motherboard, said he had no plans to use the data, AAP reported.

"Frankly, it makes me sick that I was able to get all this stuff," the hacker said.