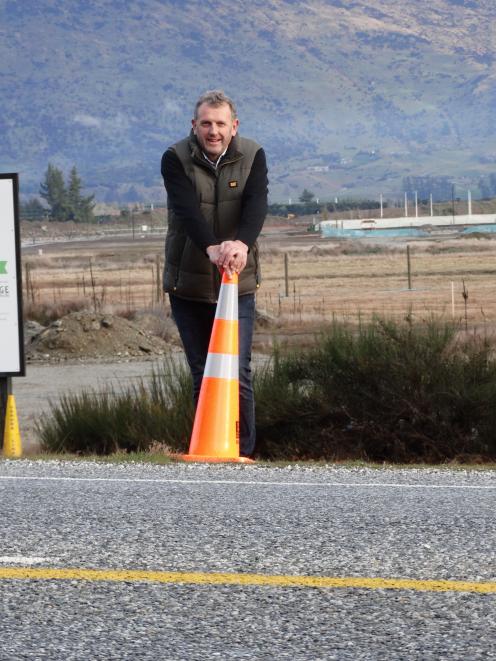 The Three Parks developer said he was keen to get his staff back to work and the big challenge for him was to find more workers.

There had been ‘‘phenomenal interest’’ in commercial subdivisions over the past year, including 40 new titles released recently at Enterprise Drive and Ballantyne Ridge, he said.

Meanwhile his company, Willowridge, had been getting a ‘‘really good uptake’’ from people keen to build, lease or buy premises at Three Parks.

The new development going up next to New World Three Parks was not fully leased yet, but local businesses were expressing interest, he said.

The building would accommodate smaller, retail-type businesses wanting a floor space of between 200sqm and 400sqm, and he believed it should be fully leased by the time construction was completed.

Attitudes towards the economic impact of Covid-19 were ‘‘relatively positive’’ at the moment, compared with 18 months ago, he said.

Last year, he had been quite worried about local businesses and he was amazed at how people had adapted.

While the present situation was a concern, especially for hospitality businesses, the trades were still strong.

‘‘The market is pretty rosy really, which is not what I thought I would be telling you a year ago ... There are plenty of new businesses coming to town and plenty of businesses wanting to expand,’’ he said.

Mr Dippie said before the August 18 lockdown, employers had been struggling to attract staff because so many international workers returned home.

He felt there would still be plenty of jobs available once the present situation stabilised.

‘‘Every business I know of has got multiple vacancies, which is kind of bizarre really ... I could do with heaps more staff but we just can’t find them ... It’s a real limiting factor for a lot of of businesses to get things done around the place.’’