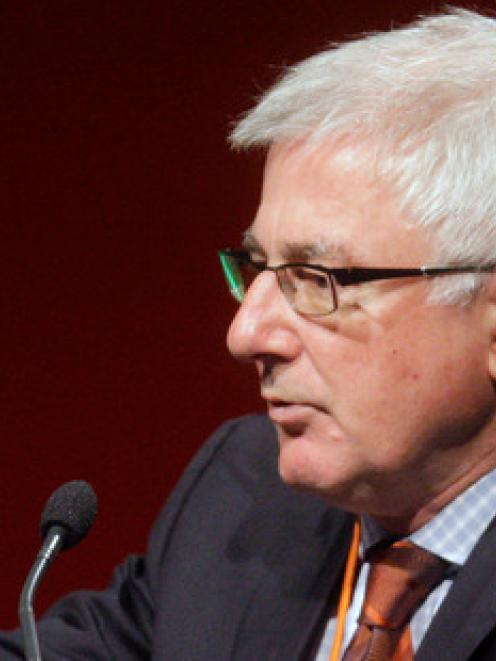 Tim Groser: 'Outside dairy . . . we have complete free trade for everything New Zealand exports, which is quite a big statement to be able to make.'
The 12 countries negotiating the Trans Pacific Partnership have struck a deal after five years of intense negotiation.

The deal was announced just after 2am today (NZ time) after a marathon session in Atlanta, where talks on dairy continued right up to the wire, Trade Minister Tim Groser told the New Zealand Herald this morning.

Mr Groser was very upbeat about the overall result, but less so on dairy.

"You'd have to say from a New Zealand point of view, it just reflects the view that finally, against the combined might of Canada, Japan and the United States they just couldn't bring themselves to more fully liberalise their dairy sectors."

One surprising element that should please critics is that tobacco companies will be specifically banned from taking cases under the Investor State Disputes Procedures.

There would be no change on the current patents for biologic medicines, although an extension on copyright by 20 years will be phased in.

Mr Groser said Pharmac's decision-making would become more transparent and the measures would cost $4.5 million in the first year, then an added $2.2 million annually.

But the Pharmac model would remain the same.

"This agreement will give our exporters much better access to a market of more than 800 million customers in 11 countries across Asia and the Pacific, and help Kiwi firms do business overseas," Mr Key said.

"In particular, TPP represents New Zealand's first FTA relationship with the largest and third-largest economies in the world - the United States and Japan. 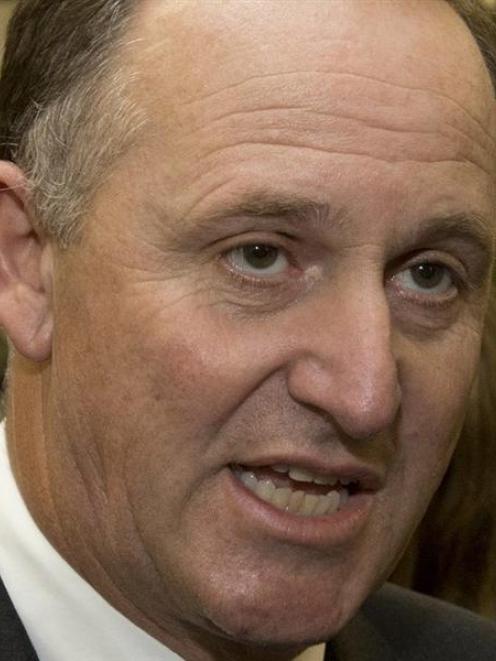 John Key: 'This agreement will give our exporters much better access to a market of more than 800 million customers in 11 countries across Asia and the Pacific, and help Kiwi firms do business overseas.'
''Successive New Zealand governments have been working to achieve this for 25 years.''

"We're disappointed there wasn't agreement to eliminate all dairy tariffs but overall it's a very good deal for New Zealand," he said.

"We've seen with China how a free trade agreement can boost exports of goods and services and deepen trade and investment links."

The overall benefit of TPP to New Zealand is estimated to be at least $2.7 billion a year by 2030.

"Many concerns raised previously about TPP are not reflected in the final agreement," Mr Key said. "For example, consumers will not pay more for subsidised medicines as a result of TPP and the Pharmac model will not change."

He said the Government was negotiating with several other countries and actively pursuing a free trade agreement with the European Union.

The tariff elimination scheduled as part of the deal would save exporters $259 million a year once fully implemented. New Zealand in turn would have to remove $20 million a year in tariffs on imports from TPP countries.

Tim Groser said the deal would show that opposition to the deal was "a massive hot air balloon which will be punctured by the facts."

He said the "TPP bus" as he likes to call it, would be carrying on and picking up more countries, with South Korea already in line to join the others.

The Trans Pacific Partnership would deliver New Zealand its long sought-after free-trade deal with the US, the largest economy in the world, and Japan, the third largest economy, as well as Canada, Mexico and Peru.

Other TPP players are Australia, Singapore, Brunei, Chile, Vietnam, and Malaysia, all of which New Zealand has deals with.

New Zealand already had a free trade agreement with the world's second largest economy, China, which was not part of TPP.

While the dairy deal was less than hoped for, Mr Groser believed that within a few years, once the deal had settled in, there might be a political climate to accelerate some tariff elimination.

But there were some gains. In the US, for example, tariffs would go within 10 years on infant formula and on some cheese.

Where New Zealand couldn't get elimination of tariffs, it had got quota expansion deals, although some were very modest.

On beef exports, Japan agreed to a reduction from a 38% tariff to 9%. That applied to all countries although Australia's beef farmers, through a separate FTA with Japan, had a head start.

"Outside dairy, there is only one exception and only for one market and one tariff line where we cannot say that in the long run, no matter how long it takes, we have complete free trade for everything New Zealand exports, which is quite a big statement to be able to make," Mr Groser said.

He will be heading back to New Zealand today to begin the hard-sell on the deal, which has to be turned into text and released within 30 days.

It is understood the Government has a public relations programme ready to go, however, outlining in detail how it believes New Zealand will be better off in the deal, not outside it. It does not intend to leave a vacuum for the next month for opponents to fill.

The Dairy Companies Association of New Zealand (DCANZ) said it was disappointed the TPP agreement had not delivered more for dairy.

"It was always going to be very hard given the starting point for dairy as one of the most protected sectors globally," DCANZ chairman Malcolm Bailey said.

"While further market opening is needed to help address price volatility in the global dairy market, the deal does contain some useful improvements."

He said DCANZ would undertake a complete assessment as fuller details of the TPP deal for dairy became available.

"Removal of distortions from global dairy markets remains a key priority for DCANZ. We will be looking closely at the trade policy landscape over the coming weeks, and talking to the Government, to define a pathway forward."

Fonterra chairman John Wilson said the conclusion of the TPP agreement was a small but significant step forward for the dairy sector.

"TPP has been an enormous undertaking," said Mr Wilson, returning from Atlanta.

"While the dairy outcome is far from perfect, we appreciate the significant effort made by Minister Groser and his negotiators to get some gains in market access for our farmers."

What does the TPP deal include?

PHARMAC
Under TPP the Government has agreed to set up an internal review process for funding applications that are declined by its drug buying agency, Pharmac.
It has also agreed that there will be a timeframe set for the consideration of funding applications. Any extra costs will be borne by the Government.
There will be no change to the standard 20-year patent period for pharmaceuticals in New Zealand but other countries will be required to extend the period on specific drugs if the approval processes are too long.
On the issue of biologics, the present five-year period of data exclusivity will remain.

INTELLECTUAL PROPERTY
New Zealand's existing copyright is 50 years but under the deal it will have to be extended gradually to 70 years, bringing it into line with most OECD countries and half of TPP countries. It is estimated that it will cost consumers an extra $55 million - in foregone savings they would otherwise have made from books music and films coming off earlier.

INVESTMENT
The threshold above which an investor must bet approval from the Overseas Investment Office will increase form $100 million for all countries except Australia, to $200 million for TPP countries. Australia gets more favourable treatment.
The deal will prevent the Government banning nationals from TPP countries from buying property in New Zealand. But it does not alter its ability to impose taxes on property.