TPP: what we know 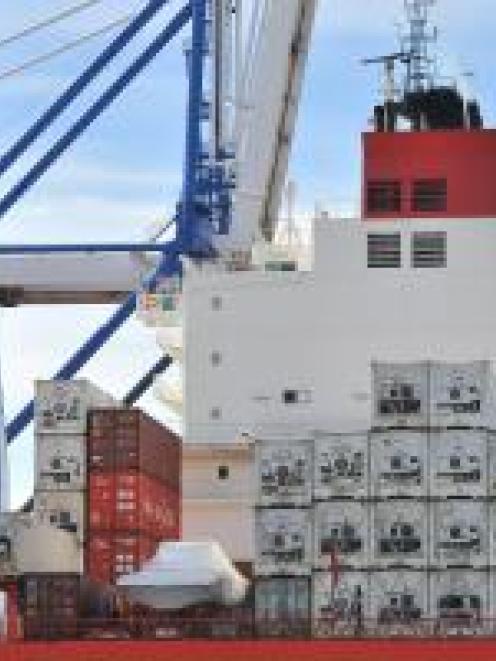 Tariffs on exports to TPP countries for most products will be eliminated.
After five years of negotiations, the controversial and secretive Trans Pacific Partnership trade deal has been finalised and agreed on by 12 countries including New Zealand.

The deal will affect 40% of world's economy and the total value of the trade deal to New Zealand from removing tariffs and improved market access will be $2.7 billion by 2030.

Business leaders say the TPP a positive outcome for New Zealand and it is better to be part of the deal than not.

"This agreement will give our exporters much better access to a market of more than 800 million customers in 11 countries across Asia and the Pacific, and help Kiwi firms do business overseas," Mr Key said.

But other politicians are demanding more details about the TPP be made public.

New Zealand and the 11 other countries must tick several boxes before the agreement can be brought into force. Under a rule set by the United States, any agreement cannot be signed until 90 days after negotiations end, to allow time for full consideration of its pros and cons.

New Zealand will likely have to change its laws to bring them into line with the agreement. This would probably be done through a single piece of legislation, and was likely to include changes to copyright, tariff and patent laws.

• Tariffs on exports to TPP countries for most products will be eliminated including fruit, vegetables, beef and lamb (except to Japan), forestry products, seafood and wine.

• Tariffs on beef exports to Japan will reduce from 38.5 per cent to 9 per cent.

• New Zealand will get preferential access to new dairy export quotas in the USA, Japan, Mexico and Canada.

• The value of eliminating these tariffs is $259 million once the TPP is fully implemented.

• New Zealand will have to remove $20 million a year of tariffs on imports.

•  The total cost to consumers from foregone sales on books, films and music will be $55 million a year.

• Consumers will not pay more for subsidised medicines.

• There will be no change to bulk-buying agency Pharmac's operating model or to New Zealand's 20-year patent period.

•  The Government has agreed to set up a timeframe for Pharmac's funding decisions and a review process for funding applications which have been rejected.

• These changes will cost the Government an initial $4.5 million in setup costs, and then $2.2 million a year for running costs.

•  Non-discrimination provisions will block the New Zealand Government from banning foreigners from the TPP countries from buying property in New Zealand.

• The threshold above which an investor must get approval for investment in New Zealand will rise from $100 million to $200 million.

• The $200 million threshold will be extended to non-TPP countries China and South Korea because of provisions in their free trade deals with New Zealand.

•  If foreign investors feel New Zealand's Government has breached its investment obligations, they can take legal action, but only if other attempts at resolution have failed.

• There is a specific exemption for tobacco, meaning tobacco firms will not be able to take legal action against New Zealand's Government if they feel their investment obligations have been breached.

• New Zealand's interpretation of the Treaty of Waitangi is not subject to ISDS provisions.