Watchdog all right with airport profits - with reservation 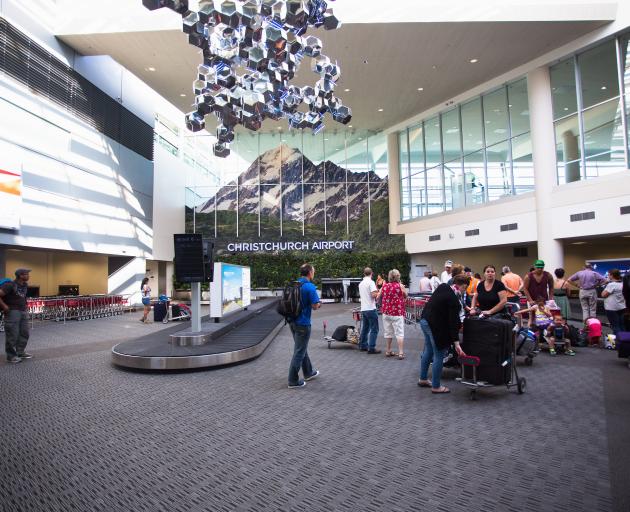 The Commerce Commission is broadly satisfied with Christchurch International Airport profits. PHOTO: GETTY IMAGES
The Commerce Commission says Christchurch International Airport may be planning to make excessive profits from security, freight storage and some terminal lounges, though it is "broadly satisfied" with its planned earnings from most of its assets.

In an initial finding published yesterday, the competition regulator said the airport was not targeting excessive profits on the majority of its regulated services for the period July 1, 2017 to June 30, 2022. It is targeting a total return on its regulated asset base of 6.65% against the commission's mid-point benchmark of 6.41%.

However, within that, the airport expects to earn a 7.87% return on one group of services, which can include terminal lounges, facilities and services for Customs, immigration, quarantine, security and police, aircraft refuelling and freight storage. On its other group of services, known as "priced services", which includes the use of airfield runways and taxiways, air-bridges and baggage handling services, it is targeting a 6.44% return.

About 85% of the airport's assets are in its priced services (which are regulated with standard pricing terms and substantial customers are consulted every five years), and the ComCom said its target return on those was reasonable but its planned return for the other 15% might be excessive. Those services are priced under individual contracts that have a variety of lengths and start dates.

"The higher return results in about $6 million in extra revenues - about 1.5% above what we would consider to be reasonable," said commissioner Stephen Gale. Still, the regulator is asking for stakeholder feedback on its draft report, as it says it may be more appropriate to assess the airport's target returns from these services over a longer period of time, to take into account factors such as market conditions, interest rates and rent reviews.

According to the report, Christchurch Airport has said assessments should be made based on the interest-rate environment when the contracts are agreed, and the commission's benchmark cost of capital estimate was more than 200 basis points, or 2%, lower than it should have been. The regulator said it did not think the evidence provided by the airport was enough to justify the higher planned returns, but asked for more information to help it consider appropriate returns on longer-term contracts across all airports.

Submissions on the draft report are sought by August 16 and a final decision will be published in October.