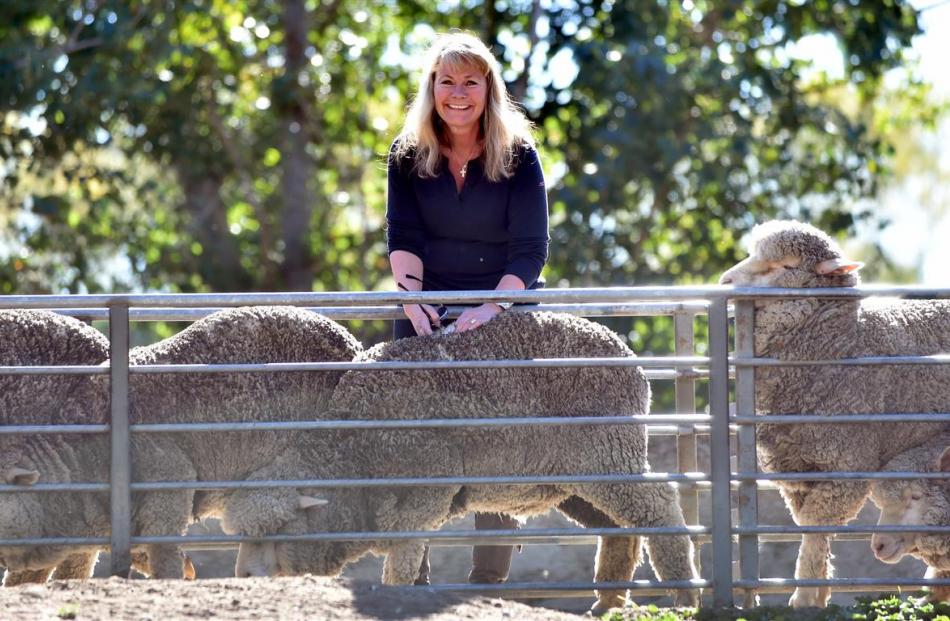 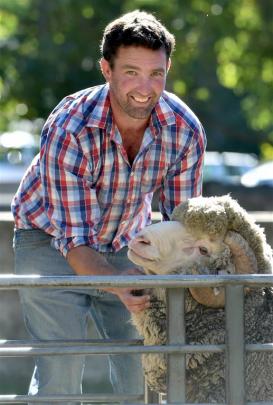 Simon Paterson is proud to be a fifth-generation farmer.

At first glance, the similarities between a Norwegian clothing company and a Gimmerburn farm might appear remote.

But with both enterprises sharing a strong focus on quality and a passion for wool - along with histories spanning more than a century - there were definite synergies.

Meeting Allan and Simon Paterson, along with other merino growers, during a visit to Otago, was an opportunity to see at first hand how the value chain worked, as part of the company's ‘‘sheep to shop'' strategy.

It was her first visit to New Zealand although she was previously aware of the country's farming reputation. But meeting growers on-farm was important, she said.

‘‘That's when you really can connect and really understand the passion they have.''

Father and son Allan and Simon Paterson, with their respective wives Eris and Sarah, were the fourth and fifth generations to farm Armidale, which has been in the family since the 1880s.

Like Devold, they had ‘‘been around a long time'' and everything they did was about ensuring it was there for a long time to come, Simon said, while his father added they were passionate about producing good wool.

‘‘It's great to see passionate farmers here. These guys [Devold] are extremely passionate about their part of the pipeline, that's making fabric.

‘‘When the two ends start talking together, Norway and the Maniototo ... this is what we want. It's great both philosophies align with each other straight away,'' Mr Smith said.

A lot of the wool going into Devold contracts had Armidale bloodlines which also gave more evenness.

Devold was using about eight to 12 tonnes of yarn each week, although not all the wool for that yarn would be sourced from New Zealand.

The company dated back to 1853, when its founder came up with the idea of knitting wool sweaters for fishermen.

It has continued to work with wool and its core strength is now in base layer merino clothing. It also manufactures mid-layer clothing, along with socks and accessories, and has an ambition to move into outer layers.

The fishermen's sweaters, from which the business had its origins, remained in its collection and were becoming increasingly popular.

Devold was a market leader in Norway and also sold internationally and its focus was on ‘‘premium quality'', Ms Stange said.

To do that, it needed to own its own manufacturing and have control of the whole supply chain, so it had a spinning plant in Lithuania.

It was pursuing a ‘‘sheep to shop'' strategy and it wanted to be able to trace the wool ‘‘all the way back to the sheep''.

It needed farmers who understood the company's values and philosophy, which included animal welfare, no mulesing and a ‘‘clean and green'' image.

As part of establishing that transparency, it was very important and logical to talk to merino growers, she said.

Devold believed there were opportunities in making sure its customers knew about the process, not just it as a company. Consumers in the European market were focused on sustainability and quality.

The merino base layer market segment was being ‘‘flooded'' and Devold needed to differentiate itself.

It was about high quality, rather than ‘‘generic cheap merino'' and it was getting good traction in the marketplace with innovative new products.

‘‘We believe merino wool can be used for so many things ... we have to educate consumers about that,'' she said.

While there had been a focus on quality in the business ‘‘forever'', it was becoming more apparent there was a need to tell the consumer about the quality that went into their product.

That was now the big opportunity and the visit was being filmed with the intention of using the footage to show everything the trio saw, from sheep to the landscape. The target group to view it was primarily the company's retail partners.

Ms Stange hoped to eventually share information about the properties where the wool was sourced on a label on the garments.

Devold, which wanted to source 17.5 and 18.5 micron wool from New Zealand, was looking to establish long-term partnerships.

It was ‘‘not about shopping around'', Ms Stange said.

She took on the role in 2014 and the more she learned about and understood everything that went into make the products, the more excited she got.

‘‘There's a lot of history and responsibility but, I think, by having this very clearly crafted strategy about what we're all about, what we're going to do and how to go about it, it makes it fantastic and fun,'' she said.