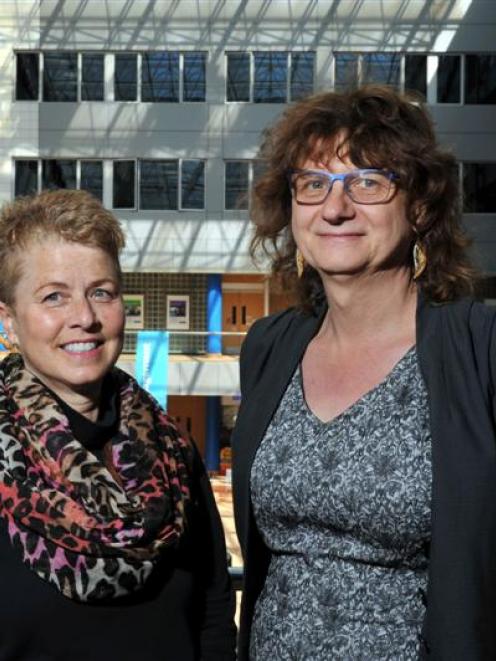 Helping with her vision is the Audacious business challenge, the annual year-long student start-up challenge, and also the new start-up space, where anyone interested in start-ups can gather, she says.

The University of Otago professor of entrepreneurship is one of the judges of this year's Audacious challenge, which concludes on Thursday night with the awards function.

She is a staunch advocate for the event, saying she loves seeing students get ''really excited'' about their idea and then begin to realise it was something they could do.

''Often they come in with an idea that seems kind of cool; they are really just sort of putting their toe in the water.

''By the time they get through the workshops and get to this point in the competition, they realise `this could be real','' Prof Baucus said.

Some of the business ideas had ''tremendous potential'' and the students needed to be encouraged to scale-up.

Naturally, some were nervous about launching ''on a really big scale'' but, for some of the businesses, they needed to do that, she said.

Prof Baucus could not think of any entrants who did not have a viable idea.

''I would love to see everyone of them move forward with it.''

Thoughts were already turning to next year's Audacious challenge and it was hoped to get a team of students involved in helping plan and run the event to gain experience, she said.

Fellow Audacious judge Eva Gluyas, Otago Polytechnic innovation workSpace manager, said she was ''astounded'' at the quality of the submissions.

Some of the business plans were ''significantly better'' than many commercial plans she had seen over the past 30 years. It was a privilege to be part of the judging team that got to talk to some ''incredibly bright'' students from the university and polytechnic, she said.

While there were great opportunities for entrepreneurship in the city in the future, what needed to be worked on was how to support the young entrepreneurs in taking their business ideas further.

In some cases, the idea might not be great but the people were, so there needed to be investments in people, not necessarily businesses.

The start-up space was ''great'' but she believed there was a lot more that could be done, as a city and also as institutions, although it was ''heading the right way''.

When it came to judging round two of the competition, there were some key components.

The students needed to have a ''pretty robust'' understanding of what the business opportunity was, understand the market and where they fitted in and also who they were going to collaborate with.

There needed to be a sound understanding of financials and also a strategic plan for the future.

One of the weaknesses seen in submissions was how they saw the business in the next five, 10 or 15 years, she said.