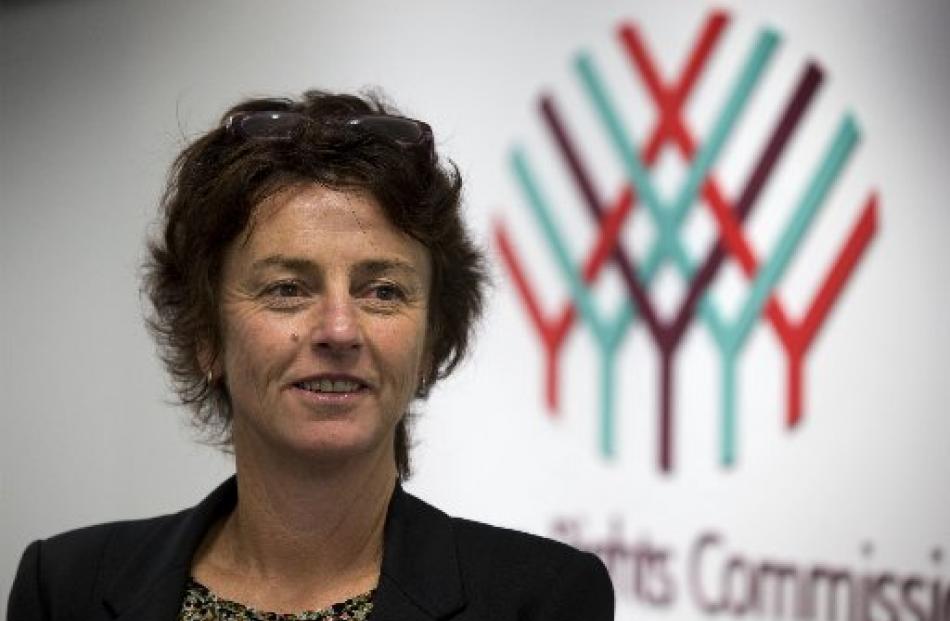 Dame Susan Devoy says New Zealand is fast becoming one of the most ethnically diverse nations on the planet.

Ms Devoy has accused the Labour Party of dumbing down complex economic problems by singling out Chinese buyers as a major cause of the overheated housing market.

"Dumbing down complex economic woes and blaming them on an ethnic community whose members are already feeling under pressure is neither new nor unique but it's always disappointing," Dame Susan said today.

Her comments came after Labour's housing spokesman Phil Twyford released leaked real estate data to the Weekend Herald which showed people of Chinese descent accounted for 39.5% of the almost 4000 Auckland transactions between February and April.

In a statement, Dame Susan said economists had expressed concerns about the "half-baked" data, and if Auckland's inflationary market was going to be addressed then expert analysis and evidence was needed.

"Chinese New Zealanders deserve better than this and so does anyone keen on actually solving this issue," she said.

"When the global oil crisis hit New Zealand in the seventies, Pacific people - whether they were citizens or not - were wrongly blamed by many for the economic woes we faced."

Dame Susan pointed to Chinese migrants' deep roots in this country, saying she recently travelled with a group of Chinese New Zealanders to the Far North to mark the death of 499 miners whose ship sunk more than a century ago, and were buried at Matihetihe Marae.

"Like myself, Phil Twyford is the child of migrants. His family arrived in the sixties, my father celebrated his first birthday on board a ship en route from Ireland. We are both New Zealanders.

"On that bus trip to Hokianga with me were Chinese Kiwis whose families arrived in the 1800s, they represent generations of Kiwis who have helped build our economy and country.

"These New Zealanders and their families deserve better than to be singled out because they have a Chinese sounding surname.

"New Zealand is fast becoming one of the most ethnically diverse nations on earth. We are also one of the most peaceful. This is a legacy we are all responsible for if we are to leave it behind us for future generations."

'Tenants in our own country'

Mainland Chinese money snapped up at least 80% of residential sales in parts of Auckland in March but were nearer 90% in May, a whistle blower from the industry says.

Commenting on Mr Twyford's data showing 39.5% of Auckland sales from one agency between February and April were to those of Chinese ethnicity, the insider said the situation was much more serious than the Labour MP suspected.

The numbers should be more than doubled due to the weight of capital coming out of Mainland China, the whistle blower said.

One big Auckland real estate agency, where many salespeople are of Chinese ethnicity, was selling almost every single property throughout many suburban areas to people living in China, the insider said.

In some cases, those buyers had a New Zealand connection "but it's one group disenfranchising the other. It's really taken off in the last 18 months. I've been studying the figures since October.

"The Kiwis, South Africans and British have dropped out of the market because they just can't compete with the Chinese. The people living in China buy the places the Kiwis are trying to get, then those places are rented out the next day," the insider said, fearing for the job they perform but revealing their full identity to the Herald. That showed the person is in an important position in the property sector with extensive access to information unavailable to the public revealing who the buyers really are.

"We're becoming tenants in our own country. It's utterly outrageous. The Chinese are interested in Panmure, Ellerslie, Greenlane, Epsom, Remuera, the North Shore - not so much the west."

In some cases, a single Chinese resident was spending up to $15 million on Auckland properties and the higher the bidding at auctions went, the happier they were.

"They simply don't care how much they pay. It's not related to the CV. If they pay another $400,000 more, that's $400,000 they're better off as it's $400,000 they have shifted out of Mainland China. If they continue vacuuming up all the existing properties at the current rate of consumption, what will that do? The Chinese will outbid everyone at the auction. I'm sick of the phone bidder from Guangzhou. I'm relieved that someone at last is talking about this," the insider said of Twyford's data.

Peter Thompson, Barfoot & Thompson chief, acknowledged there were many Chinese buyers in Auckland but has disagreed with Labour's analysis.

"We know there's been a large portion of Asians buying property but there's no way to tell if they're one of three categories: NZ born, foreign-born NZ citizens or foreign-born foreign citizens. If you asked me about Asian non-residents, I'd probably say between 5 and 8 percent," Thompson said.