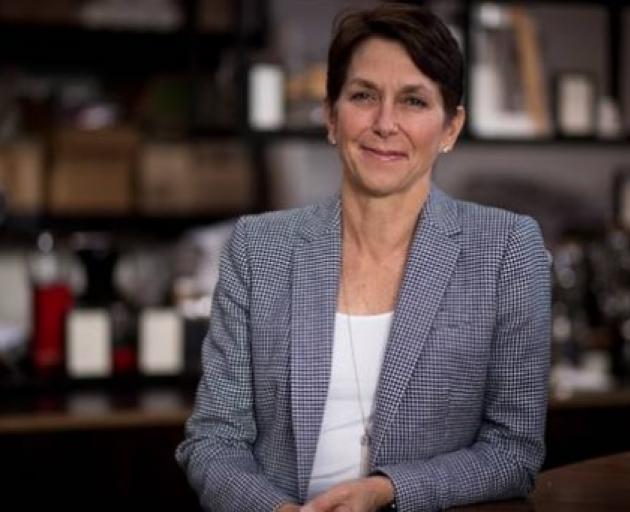 a2 Milk chief executive Jayne Hrdlicka. Photo: NZ Herald
a2 Milk's new chief executive has moved to sell her entire stake in the company after just two months in the job, causing a stir in the investment community.

Jayne Hrdlicka sold 178,616 shares in a2 Milk last Tuesday, and an equal number of shares on Thursday, for a total of around A$4 million ($4.3 million), according to a notice issued late on Friday to the Australian and New Zealand stock exchanges.

The shares were received by Hrdlicka, who is on a salary of A$1.5m, on the automatic exercise of rights in the company.

The company said in its notice the share sales were to meet Hrdlica's tax obligations and to "fund commitments made by Ms Hrdlicka prior to her taking up employment with the company".

A spokesman for a2 Milk said the 245,787 in performance rights, and 242,022 time-based rights, would take Hrdlica's holding back over her original stake upon their execution.

"It's a really interesting decision for a new CEO to dump every share she owns, excluding options, just a couple of months into the new job and at a time when there is a lot of uncertainty hanging over the A2's sales channels following the release of new Chinese regulations over e-commerce that come into effect from January 1," Glass said.

"Jane has been exceptionally bullish on the stock since joining, particularly in meetings with institutional investors over the last few weeks," he said.

Research from Craigs Investment Partners estimated about 33 per cent of a2 Milk's infant formula volume flows through the CBEC channel. Craigs said potential for change in the regulation remained an uncertainty for A2 Milk and its supplier, Synlait Milk.

"This will raise real issues if there are problems in the sales channels due to the new Chinese regulations," he said.

"Investors are paying over 32 times forecast earnings for this stock so it's not one you want to see any negative surprises from," Glass said.

Earlier this month, a2 Milk's chief financial officer Craig Loutit sold his stake down to 350,000 shares from 500,000 in order to fund the exercise price and tax obligations relating to his recent exercise of options to subscribe for shares in the company.

While Hrdlicka clearly has valid reasons for the sale of these shares, it was still "very disappointing" to see her offload all her ordinary shares so soon after joining the company at a time when its growth could be challenged due to a maturing Chinese infant formula market, it said.

The share sales by Bellamy's Australia executives before the infant formula maker's fall from grace a couple of years ago is no doubt still fresh in the minds of many investors, it said.

Under the terms of employment released to NZX, Hrdlicka's salary is A$1.5 million per year, reviewed annually, with a yearly bonus of up to 100 per cent of her salary based on performance against key indicators.

The a2 Milk board can also increase or decrease that by 20 percent on its own assessment of her performance.

Hrdlicka was chief executive of Qantas Airways' Jetstar Group for the past five years and a non-executive director of Woolworths.

Maybe she was just trying to help reducing the gender pay gap.
$4,300,000.00 for two months 'work' is a good hourly rate. That should help the stats.
Seriously,
What about our free trade agreement with China?
What tax obligations did she have outstanding?
What other commitments?
I would expect for a package like that she would be 100% focused on a2 and have some real skin in the game but then, my thinking isn't as diverse as others.