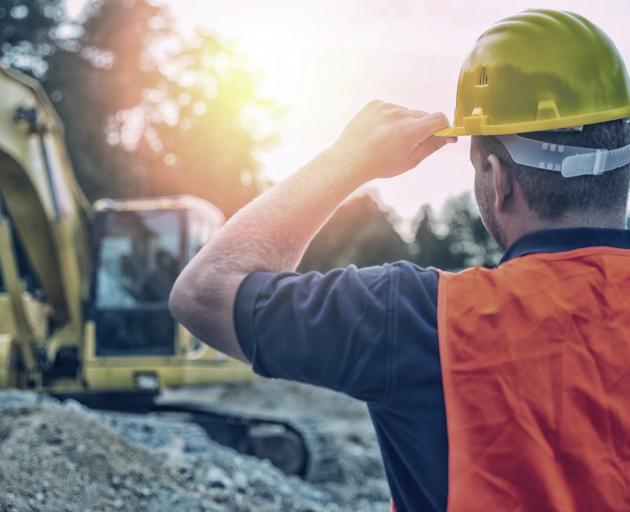 A culture of toxic masculinity was found to be rife in New Zealand's building industry a study has found. Photo: Getty Images

A building industry study has identified a macho and bullying culture as a major factor in the industry's high suicide numbers.

Suicide among building industry workers is the highest percentage of any industry, accounting for almost 7 percent of all suicides with forestry and farming just behind, according to the 2016 Suicide Mortality Review Committee.

"We found that the culture of toxic masculinity is really rife.

"The 'take a concrete pill' and 'harden up' attitude is really prevalent in the industry.

"The really high-pressure nature of this industry around the boom and bust cycle, and we're in a boom cycle at the moment and that's really draining and stressful on people," Mr Litten said.

"That is where I believe we'll find, when more research is completed, that the biggest issues around suicide and mental wellbeing are going to be most prevalent," said Mr Herd, also a member of Construction Health and Safety New Zealand.

"I think the report [puts] far too much emphasis on the factor of macho bullying and a toxic culture. I think that is overplayed."

He said the bullying culture had improved over the past decade.

WorkSafe chief executive Nicole Rosie said the safety agency was looking at all risks in the sector, including workers' mental health.

I'm with Rick Herd. Chris Litten is possessed by idology. Most builders are small businesses, often working under larger companies which off load the risk onto their subcontractors. Poor legal and business practice, frustrating H&S rules, over the top concent and banking processes, all corner builders into untenable positions. Add to that family / social expectations and a total lack of appriciation or acceptance of the value of trades for decades, then you start to get at a root cause.
Chris Littens' comments blame those that are under the pump.

IT must be close behind then as same culture.