We have much to be grateful for ... 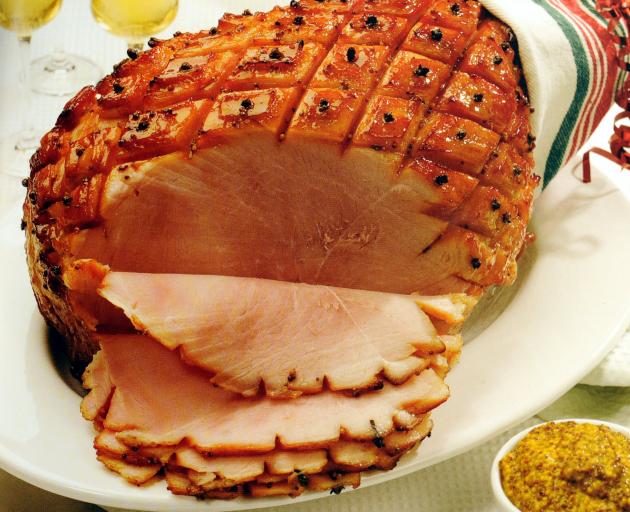 Photos: Stephen Jaquiery/Peter McIntosh/Supplied
Christmas is just around the corner, and David Loughrey is here with his annual A-Z guide to the year’s end. This year’s version considers all that Dunedin has to be thankful for, alongside some only vaguely related thoughts.

For some reason, when you buy ham, it’s almost always already cooked. Have you ever thought about that? Have you ever wondered why that is? Steak and lamb isn’t cooked by somebody else before you get it, is it? If it was, you would be really surprised and probably annoyed, but somehow we all meekly accept it is normal for our ham to be presented for sale in this way. Why!?

B is for Barnes Dance.

The Barnes Dance has been successfully reintroduced to Dunedin intersections in the past year, meaning pedestrians have much more fun at crossings. After a very reasonable waiting time, the walker is confronted with an enormous green man who invites them to walk in almost any direction they want, even diagonally across the intersection, a feat that would have been fraught with the most perilous dangers just a year ago. Not only that, they get to race the counter that calculates the seconds until  the intersection is returned to the realm of motor vehicles. All in all, their reintroduction has made Dunedin a much better place, and is something we should applaud.

C is for cable cars.

The suburb of Mornington now has three cable cars that sit snugly in a little green shed on Mornington Park after some sterling work by the Dunedin Heritage Light Rail Trust. One day, with a little luck and about $23million, those cable cars will once again ply the High St route, and will be an excellent tourism operation for a city that probably needs a few more things to entertain visitors. They will make Dunedin even better than it is already.

C (nobody said you couldn’t use a letter twice in an A-Z list) is for cream,

which is essential in large quantities slathered across the top and sides of your pavlova. In that cream you can hurl little pieces of sliced fruit like raspberries, which will bleed their sweet red juices through the pulpous mixture which sags and slowly liquefies but only tastes better and better as Christmas Day wears on.

D is for defenestration.

Defenestration is the act of throwing someone or something out a window. The term originates from two incidents from history, both of which occurred in Prague. In 1419, seven town officials were thrown from the Town Hall, precipitating the Hussite War, and in 1618, two Imperial governors and their secretary were tossed from Prague Castle, sparking the Thirty Years War. The lesson here is this: over Christmas, it is better not to push people out windows.  On the big day, with family around and noise and stress and too much food and alcohol, it may be exactly what you feel like doing, but just remember the Hussite Wars lasted for 25 years and were doubtless cruel and brutal, so it’s probably worth biting your tongue and taking some very deep breaths. 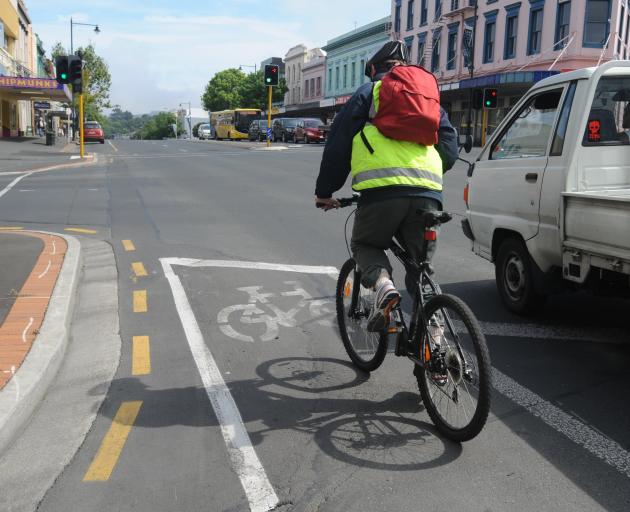 D is also for Dunedin.

For Christmas this year, Dunedin is bigger, busier and more exciting than ever. We have a population of 130,000 people, which would be a lot if you were to invite them all at once to tea on Boxing Day. Dunedin is artistic and intellectual. It has a big stadium that big acts come to and everyone has a nice time. Dunedin has shopping malls and street art, heritage buildings and tattoo parlours, golf courses and museums, road signs and cinemas, and a big harbour full of very salty water.  It has a railway station, and an airport. It is good. Merry Christmas.

H (nobody said you had to use every letter of the alphabet in an A-Z list) is for hospital.

For Christmas this year, Dunedin is getting the promise of a new, fast-tracked hospital building. It will be very modern, and full of things like day surgery theatres and outpatient clinics for services such as ear, nose and throat and ophthalmology. It will provide jobs for 350 people, and that’s just the beginning. It will begin a period of investment in the city unknown since the gold rush, and that was ages ago. Also, when we’re sick, we will have somewhere really neat to go. Happy Hospital.

M is for Mosgiel,

the town that will sit at one end of the new and very excellent cycle trail the Dunedin City Council has agreed to fund.

The trail will go all the way from Green Island, along by the railway line, and then, best of all, it will run through the old Chain Hills railway tunnel underneath a big hill to Wingatui. All the best cycle trails have disused railway tunnels, and this one will be the coolest. Even better, it will be the catalyst that will eventually mean Dunedin will connect to the New Zealand Cycle Trail. Now that will be a great thing. While we’re on cycleways, the city council is working to extend the Portobello Rd cycleway/walkway from Vauxhall, and the NZTA plans to start building its track from St Leonards to Port Chalmers next year. The future is going to be fantastic.

R is for road cones.

Road cones have provided a festive addition to Dunedin in the last year, particularly on the one-way system, with their merry orange colour spreading joy throughout the city as the cycle lane system is built. Sadly, with the construction close to finished, there is not much time left to enjoy their cheerful hue. Get down to the State Highway system that bisects our beloved home, view the cones as a positive, and enjoy them one last time before you head out of town for the Christmas holidays.

Z is for zeal.

Dunedin has been beset by the most zealous sort of zeal in the last year, as excellent people came up with mad but wonderful projects and made them happen.

Long may it last. And Merry Christmas.

B: Ballistic. What people go.