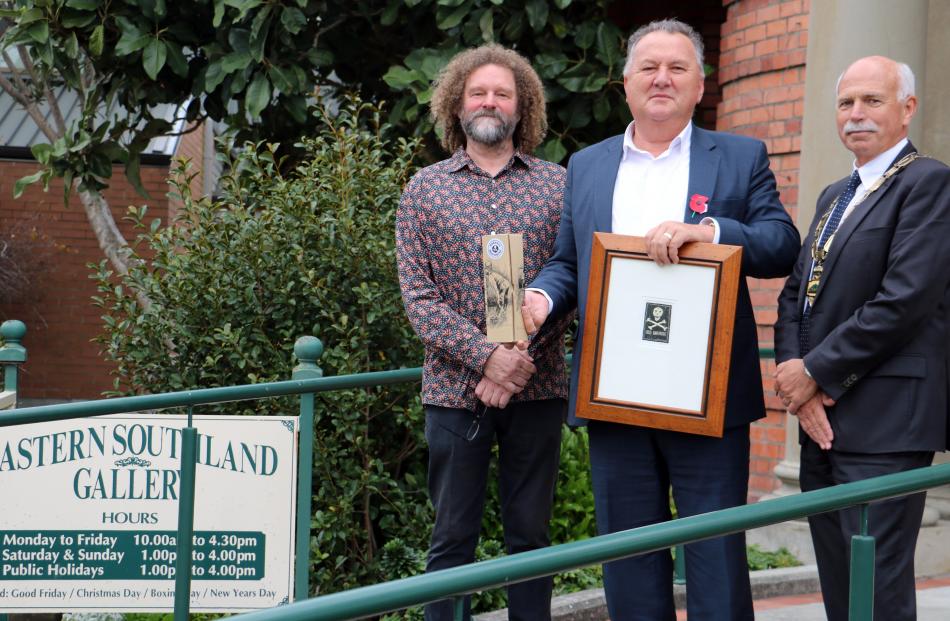 Most weeks the New Zealand First Minister hits the road to proclaim the latest windfall courtesy of the Provincial Growth Fund he oversees in his role as Minister for Regional Economic Development.

The Opposition hates the PGF, condemning it as a slush fund beholden to personal interests.

There may be a touch of jealousy here; National no doubt wishes it had thought of a way to almost guarantee a positive press splash across an electorate, followed by the inevitable deferential Parliamentary Question the following week asking what announcements the Minister has made regarding "X" region.

However, there are legitimate questions to be asked as to whether the fund is achieving its objectives.

Answers in the House to questions from National and Act as to just how many job creations the fund can be credited with have been far from convincing.

Having said that, the fund is a relatively new initiative, and returns on some of the around $700million invested thus far may not be seen for some years to come.

The bigger political stoush is of little interest to places like Gore though - they want to see the colour of Mr Jones' money.

The $3.7million funding announcement at Gore was small beans in the scheme of a $3billion nationwide fund, but in a small Southland town that is enough to make a very big splash indeed.

For the Hokonui Huanui programme, which provides wrap-around support services for children and rangatahi, the $2.1million it received will be invaluable.

It is also proof someone somewhere reads Ministry of Health and Southern District Health Board reports - issues with provision of Maori health services in and around Gore have been highlighted as an issue for some time.

The other announcement, a $1.6million grant to the Maruawai precinct project, which involves the redevelopment of the Hokonui Moonshine Museum, will be a fillip for the area's tourism industry.

The grants do raise a question though: just how does PGF funding for Otago and Southland stack up compared with the rest of the country?

Thus far, Southland has seen nine applications approved for PGF funding totalling $17.8million - $12million of which is for establishing a fibre connection to Milford Sound.

That means projects south of the Waitaki have received 2.7% of the PGF funding approved so far, despite the area making up 6.7% of the national population.

A glance at national GDP stats also offers a solid argument that enough of the nation's economic activity happens down here to warrant a larger slice of the PGF pie.

Of course, there are variables involved: not every worthy recipient of PGF funding from the southern regions might actually have applied for money.

Or, if they have, there might be projects of sufficient value in the 872 proposals which at present as classed as either applications or expressions of interest to top up the South's "fair share".

But as things stand, Oliver Twist may well be warranted in telling Mr Bumble "Please, sir, I want some more."

As predicted in columns past, Dunedin-based National list MP Michael Woodhouse's claim that combined health board deficits totalled half a billion dollars is a claim which will not lie down.

Undeterred by the Government announcing they were instead a mere $346million, Mr Woodhouse has reframed the statement, to predicting deficits "look likely to reach $500million by year's end".

What seems more likely is that we will be playing "spot a half a billion" for some time to come.

Making a hundred is no mean feat, so congratulations to the Dunedin South Branch of the Labour Party, which passed the milestone recently.

The branch is one of Labour's oldest, and is debatably the longest continuously functioning branch of the party.

Despite the solid working class population in the area, it took until 1931 for Fred Jones to become the first Labour MP in what is now a party stronghold; the seat, which has also been called St Kilda in the past, has been held by Labour for all but six years since then.

Invercargill MP Sarah Dowie rushed off a press release this week which proclaimed how awful it was that people in the city on the Jobseeker Support benefit had risen 18%.

The rise from 1670 to 1886 people on that benefit is indeed a bad thing ... but the number has been larger than that in the past.

For example, back in September 2017, just before her party lost the Treasury benches, there were 2573 Invercargill residents on that benefit, which makes Ms Dowie's statement look rather like a potential own goal.

This is funny. I put forward an idea to enhance the access to businesses in our area by reclaiming a small piece of land to provide decent parking and a green space. I get this reply "Unfortunately your concept of reclaiming land does not fit within the PGF criteria, nor the does the proposal for redevelopment of the site for community/tourism use." This article talks about tourism and the Steamer Basin project here in Dunedin involves reclamation. Hard to take the fund seriously.

Recipients take it seriously. They never turn it down.