More speed cameras, bigger fines could be down road

The Government is being advised by one of five reference groups on road safety to follow the suit of Sweden when it comes to speed cameras. Photo: RNZ
Hundreds of speed cameras, attracting much larger fines, could be added to the roading network under the next road safety strategy.

The Speed Reference Group is one of five advising the government on what should be included when the Safer Journeys strategy is replaced next year.

It says officials should look into whether the Swedish approach to speed cameras could be adopted here.

The group was led by the Ministry of Transport and focused on issues of speed when it comes to road safety. It said one of the key priorities was to increase the use of cameras.

The preference is to follow the example of Sweden, where cameras are clearly sign-posted, and used far more widely.

Automobile Association general manager Mike Noon, who was involved in the meeting, said it would be an improvement on cameras here.

"They can tell what speed people are running at, and if the speeds get a little higher they turn the camera on, so some of those cameras are only on two or three percent of the time."

"A speed camera issuing thousands of tickets is a message of failure, because it's proving that there are unsafe speeds in that area." 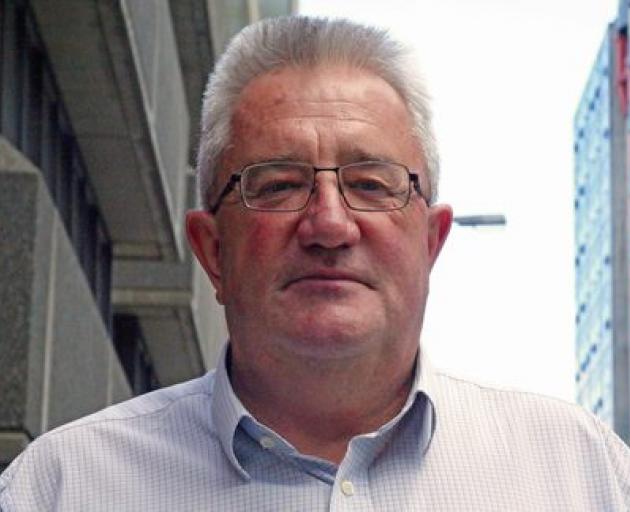 Automobile Association general manager Mike Noon. Photo: RNZ
In the next few years, Sweden will have more than 3000 speed cameras, scattered across about 9000km of road.

By comparison, police here operate 56 speed cameras throughout the country.

Because the Swedish cameras are signposted, fines are up to four times higher than they are in New Zealand.

The Road Transport Forum was part of the Speed Reference Group, and chief executive Nick Leggett was sceptical about whether changes would work.

"Let's see if this can be a fit for New Zealand.

"We're also concerned that this could turn out to be a revenue grab off Kiwis and I think, probably, New Zealanders wouldn't react particularly well to that."

Mr Leggett said the agencies need to look at the bigger picture when it comes to safety.

"It's interesting that Sweden is quoted as a model, because our roading, our poor quality roads, are no comparison with their sophisticated roading network," Mr Leggett said.

"They've got double our population, but they've also got about seven times more state highways, and 10 or 20 times more expressways than New Zealand.

Mr Leggett was also sceptical about the issue of speed.

The report states that travelling too fast for the conditions was the second highest contributing factor in fatal and serious injury crashes.

"Those vehicles are not vehicles travelling over the speed limit," Mr Leggett said.

"Those are vehicles that have been judged to be travelling too fast for the conditions at the time of the accident, which of course is a fairly subjective view."

The Transport Agency's Mega Maps tool shows 87% of New Zealand roads have a higher speed limit than what is safe and appropriate.

Police have said they want the Transport Agency to take over running the speed camera network, and the Speed Reference Group agreed.

It said giving the job to the agency would allow a greater alignment between road planning and improvements and the placement of speed cameras.

policing seems to be traffic / and little else

More money in it.

That was not the case in Christchurch, 15 March. Nabbed the mass killer in quick time, in the improvised Lincoln Station style.

Today's death near a Whangarei School is reason enough.