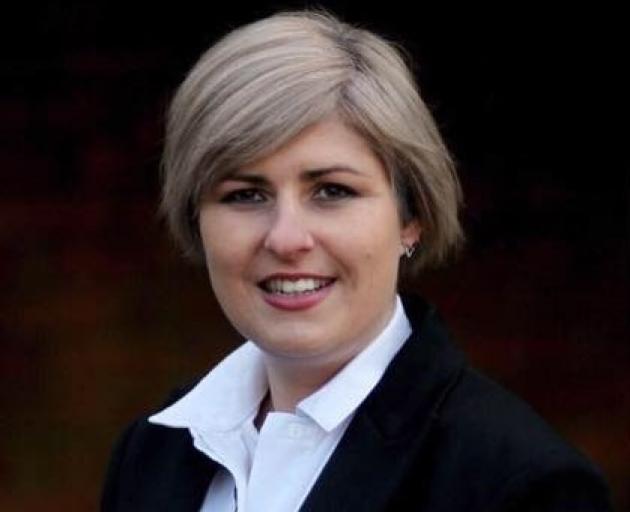 Tania Gibson. Photo: Facebook
An election stoush has broken out after Greymouth mayoral hopeful Tania Gibson claimed another candidate said she was "too young and has young children and should be at home with them".

However, all the other mayoral candidates say it is a ridiculous comment and deny having said anything like it.

Cr Gibson, who is also standing for a second term as a central ward councillor on the Grey District Council, yesterday refused to say who had made the alleged comment, which had come to her second-hand.

She posted the claim on her Facebook page earlier this week, drawing comments of support and outrage.

"I can't reveal any sources - it wouldn't be fair to them," Cr Gibson said.

"Someone was in somewhere, and they went into a shop and they were talking to my relative, and that was a comment that was made. It is true. I think it's unfortunate and I think its not the age we live in."

Cr Gibson said despite raising it publicly she did not want to say who it was.

"I'm not going into dirty politics... I don't want to name and shame and blame. I just wanted to make it clear that a woman out doing this role ... I'm not too young."

The other three candidates all denied knowledge of the alleged comments.

Cr Sandrey said it was "absolutely ridiculous" and he had been "taken aback by it".

"People ask what do you think and what I've said to them is I support Tania and I like her. The key for me is I actually respect the people that are standing."

He was standing against Cr Gibson because he believed the mayoralty needed experience.

"I think there is a little bit of a shortage of experience. If I wasn't standing, I'd be voting for her," Cr Sandrey said.

However, there was no room for underhand campaigning.

"It's quite offensive that in social media stuff like that comes up without the right of response. That's not the game I play. I don't see the need for those kind of tactics in any kind of direction. I think the way forward is honesty and integrity in the campaign."

Richard Osmaston said he had naturally heard comments about all the candidates, including him, not being suitable for the mayoralty, because "Richard doesn't know anything about Greymouth".

Mr Osmaston said Cr Gibson having young children and running for public office had certainly been reflected back to him through the campaign.

"That comment has been made to me, particularly from older members of the community and the topic comes up. There's not doubt about it (but) it's certainly not a position I've taken."

He had "an absolute policy of not putting out anything negative" in his campaign, Mr Osmaston said.

Cr Robb said such a comment would never be part of his campaigning.

"I can categorically say that I have never made a comment like that -- and I don't make comments about the other candidates," he said.

In her Facebook post, Cr Gibson pointed out she was older than Prime Minister Jacinda Ardern, "and she has a baby".

"I have children aged seven and nine who have been out helping me campaign."

Cr Gibson said it was obvious families in New Zealand society face intense pressure with parents working and she was no different.

nice to see the rednecks are alive and well... the issue is whoever ends up elected man or women. how is the town going to be improved . and progress .that's is the real issue

The garrulous one has been on the job too long.

It is refreshingly honest seeing the political debate moving to the deciding factors. Young, female, with children; all important factors. But what does she look like photographed in a burka?

Politics used to be about what candidates were going to achieve if elected!