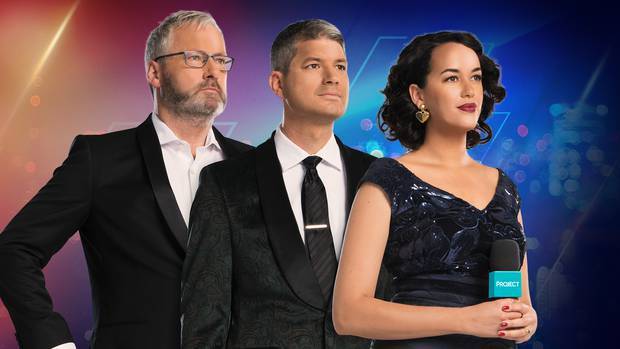 This is according to media agency veteran Alex Lawson, who told the New Zealand Herald he can't think of anyone who would really want to buy the business.

Lawson, the general manager at Carat, says the obvious choice would be another media company, but he couldn't think of a local player with the means or appetite to fork out for the business.

"It's a really tough sell," Lawson told the Herald.

"It would have to come from abroad. Maybe another international private capital group or an Australian broadcaster?"

Lawson describes MediaWorks as an "anchor that has been dragging down the business" for a long time.

Given the struggles of the TV arm - in the context of an advertising market under enormous pressure - Lawson said it would be very difficult to convince any board to buy the business.

"It would take an individual who really believes they can turn it around," says Lawson.

"Maybe somebody out there who has far too much money and has just finished watching the second season of [HBO show] Succession and imagines themselves a bit of media magnate would step in to buy it."

Lawson says an added problem for the business is that the market isn't getting any easier. He points to the impending arrival of Disney Plus in a landscape already occupied by a number of other players as a sign that competition will only increase further in the coming year.

He says the problem with the business is that local shows, even with government funding, are expensive to produce and demand a massive amount of advertising revenue to justify their continued existence.

Given these challenges, rumours have already started swirling that the business may close as early as December, roughly 30 years after the TV3 first launched. This does, however, seem a little far-fetched given the sales process would likely be drawn out beyond that deadline.

Another possibility that emerged across the ditch in September, when Seven West Media chief executive James Warburton spitballed a plan to potentially stretch its business to this side of the Tasman.

Speaking to this at a staff meeting, Warburton suggested his company could start running some of its content in the New Zealand market.

A source who attended the meeting told the Herald that this hypothetical would involve Seven striking a deal with an organisation like MediaWorks to run shows already owned in the Australian market on this side of the ditch.

The Herald has approached Seven West Media to find out if the business is interested in the MediaWorks TV arm.

This move does seem much more plausible now, especially in light of fact that this strategy could remove many of the overheads that currently stand in the way of profitability.

If Seven were roll out this scheme, local shows and staff would make way for far cheaper syndicated television out of Australia and the US.

This was a potential future that The Project presenter Jesse Mulligan alluded to in his hard-hitting editorial this week in which he said Kiwis can expect local comedy to be replaced by the likes of Charlie Sheen.

It's a bleak prediction as far as local programming goes, but it's one of the few ways a buyer could pull revenue out of the existing Three audience while it lasts without having to cover the overheads the company currently has. It would be a short-term play, but it's difficult to see any legitimate alternatives at this time.

The struggles of MediaWorks are in many ways similar to those of another Kiwi company Stuff, which has seen its 'for sale' collect dust rather than legitimate interest from potential suitors.

The difference, however, is that the owners of MediaWorks TV look far more impatient and don't seem likely to continue dragging the anchor.

Caritas! Too much homeland talent to lose.