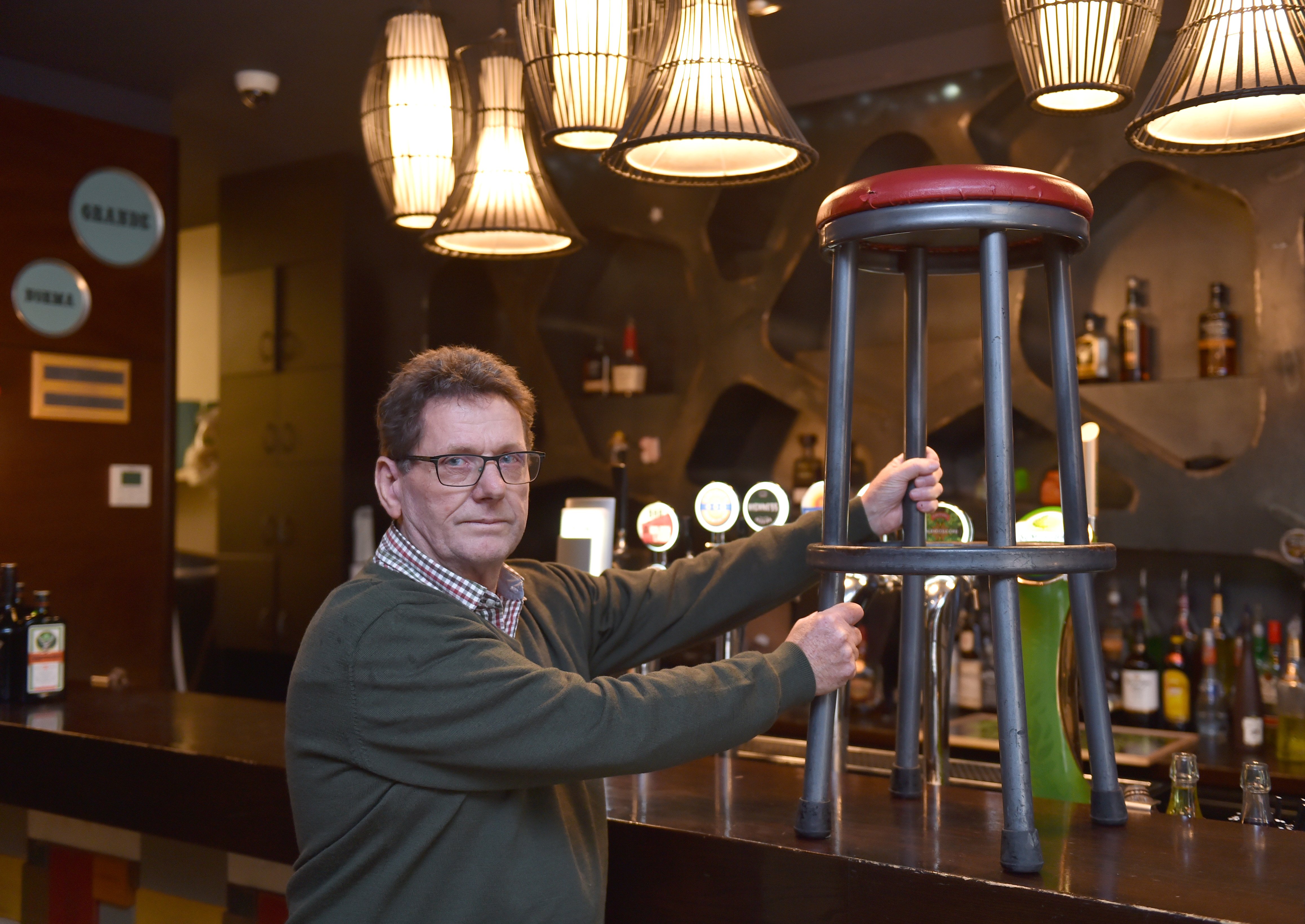 Innocent Bystander owner Phil Ellis is calling time on his business after 10 years. PHOTO: GREGOR RICHARDSON
"It's a hell of a thing to go through."

An emotional Phil Ellis, co-owner of the popular Innocent Bystander and Ratbags in Dunedin’s Octagon, was referring to the effects of Covid-19 on the hospitality sector, which has forced the closure of the business.

The business, which had been very successful before the pandemic, survived well throughout last year, taking the wage subsidy when it was offered.

Normally, the summer trade would carry it through winter.

"But there was no summer trade to be had with the tourists locked out.

"Our lease was up so it was decided we would vacate," Mr Ellis said.

The restaurant, which opened in June 2010, will close its doors permanently this Saturday.

The two bars run under the same licence in the same building, Ratbags on the bottom floor and Innocent Bystander on the second level.

Mr Ellis and his two brothers, Barry and Grant, have a long history in the hospitality industry in Dunedin and Central Otago, with a combined 100 years’ experience.

Phil Ellis said the restaurant was formed following a marketing trip to Melbourne, where the three brothers visited more than 50 bars in two days.

"There was a compulsory drink at each one," he said.

Following that trip, the Innocent Bystander opened with what was thought to be Dunedin’s first "topless bar", where the deck outside did not have a roof so punters could sit looking out over the Octagon.

"It raised a few eyebrows but it was a bit of humour," he said.

Mr Ellis told the Otago Daily Times yesterday they had "absolutely no regrets"about being in business.

"We loved it, every minute of it."

The losses associated with Covid-19, along with the lack of tourists, events cancelled, and the loss of cruise ships made the business a casualty of the pandemic.

"We can’t survive in this environment and we don’t see it changing in the short term," Mr Ellis said.

While losing the business was tough, Mr Ellis said there had been plenty of memories made along the way.

Having the 2011 Rugby World Cup village in the Octagon, sponsoring musical shows at the Regent Theatre and Otago Rugby, plus receiving countless compliments on the one-metre pizza and triple cooked chunky spuds, were just some.

However, the people who had come through the doors were the main highlights.

"From all walks of life from all differing races and cultures - all interesting - all walking through the door looking for wickedly good hospitality," Mr Ellis said.

It was estimated, in the past 10 years, more than 250 people had been employed by the business.

"My crew are my champions, they are my business," he said.

Mr Ellis said he and his brothers were going to take some time to decide what came next.

A sad day for Dunedin
Many a day outside having a drink with my wife outside the lemon room.
All the best to you guys

Its not the pandemic that has ruined small businesses all over the world: its the lockdowns and media fearmongering.

It's the lockdowns that saved lives so they can go back to using the small businesses. In NZ anyway. Many countries are donkey deep in death and long term health issues due to Covid 19. It's not fearmongering- it's fact!