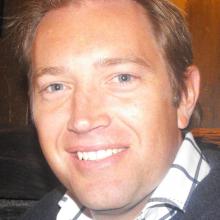 Mike Burgess.
A "lollipop initiative" has been introduced at a Queenstown bar to try to keep the peace with its posh neighbours.

But, despite there  being no major issues since new owners took over Vinyl Underground nine months ago, Imperium Group — owner of The Spire boutique hotel and Eichardt’s — still objected to MBT Holdings Ltd’s application for a new on-licence, a move described by MBT’s lawyer Russell Mawhinney as a "preventive strike".

As part of the company’s application, it sought to extend trading hours from 3am to 4am, but Imperium believed that had the potential to create problems around amenity and good order.

MBT director Mike Burgess, also a director of Watertight Holdings Ltd and related entities collectively known as Republic Hospitality, said the company now owned and operated seven venues in central Queenstown, including Vinyl, which was added to its portfolio on September 1, 2016.

Mr Burgess believed Imperium’s objection may be based on "historical issues" between it and the basement bar’s previous owners, which resulted in 33 noise complaints from The Spire.

Before MBT took over, the past owners invested "tens of thousands" of dollars into two sets of acoustic doors to try to contain noise within the bar.

While the Queenstown Lakes District Council found the bar was in breach of its consent conditions last weekend, by having one of the external doors leading to the foyer latched open after 10pm, it was closed by the manager and, aside from increased monitoring, no further action should be required.

The only other door in the venue was a fire exit, leading to Church Lane.

If required, it could be fitted with a mechanism for it to be locked unless the fire alarm went off but, to date, there had been "no problems" with it being used, Mr Burgess said.

MBT had realigned internal speakers and started handing out lollipops when patrons left in "an attempt to put something in our patrons mouths so they’re not talking", he said.

Vinyl was also part of an initiative between The Spire, World Bar and adult entertainment venue The Club to employ a security guard to patrol Church Lane every Friday and Saturday from 11pm to keep the peace for hotel guests.

The guard had reported many of the issues related to "people noise" from those using Church Lane as a thoroughfare, Mr Burgess said.

He did not believe there was any basis for the bar’s hours of trading to be restricted to 3am and felt Imperium was "unreasonable" in its objection, given the numerous otherpotential sources of noise.

"[There would be] an unintended consequence to the future of Queenstown’s vibrant hospitality scene should an objection, such as this, be upheld ...  without evidence.

"I don’t see a massive issue with another 60 minutes [of trade], bearing in mind we’ll probably stop serving drinks at 3.40am — nothing is going to radically change between 3am and 4am."

Imperium Group operations manager Adam Moore said the company believed increased trading hours would potentially increase noise levels and be "to the detriment of hotel guests" — who paid between $700 and $1200 per night — which may lead to negative online reviews.

Should there be a downturn in business due to negative reviews "some jobs would be in jeopardy", he said.

"The main concern is the people that will be coming from other bars, knowing that Vinyl will be open later, [walking] through Queenstown causing a noise disruption on the street until later."

The hearing was adjourned until later this month.

It's not the usual noise of people talking but the yelling, obscene language and shrill harpies. Surely this is not what the QLDC is looking for when it expends millions of ratepayer dollars to turn this area in to a world class town centre, or is it?