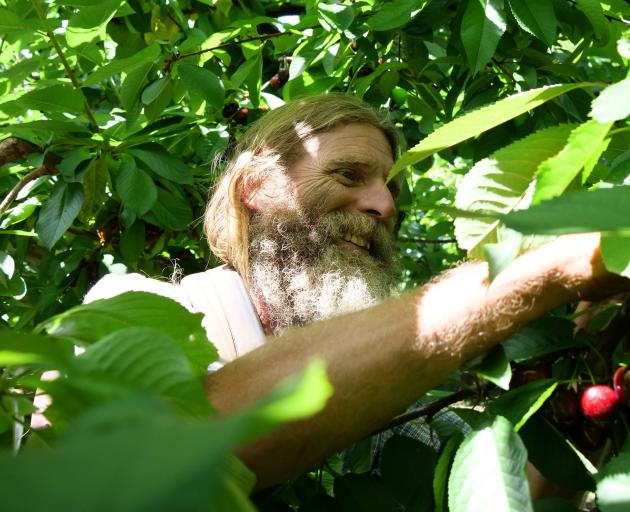 Ongoing border closures and nationwide low unemployment has caused Horticulture New Zealand to call on growers to "club together" to make the best use of their resources.

Summerfruit New Zealand chief executive Kate Hellstrom said it had been a tough two years for growers and the organisation was working with other horticulture product groups and government departments to attract and retain as many seasonal workers as possible.

"We know that fruit will go to waste, which will affect profitability and morale, as some growers only have about half the staff they’ve had in previous seasons," she said.

"We’re constantly looking for people because we are quite short — at any time of the last three to four weeks, even longer, we’re down 30 to 40 people," he said.

Mr Birtles’ family had owned the orchard since 1994 and he had not experienced staffing issues to the same extent before.

"This is certainly by far the worst year," he said.

It had recently put an SOS out to orchards to help with thinning apples.

"We were lucky and had about 40 staff from other employers come in and get us through that," she said.

CentralPac operations manager Tim Hope said the business had put in extra effort to attract New Zealanders this season, offering a bonus for staff who finished the current season.

"There’s good money available for people who put in the effort."

Well it seems Orchardists are playing the Worlds Smallest Violin..again. To the Tune of
"Cant.Get.Workers."
lol. Ok. Heres a thought....for a (very) SEASONAL job ...why not pay more ? And no BS about a POTENTIAL $300 a day. Just Fantasy....

And from an earlier ODT : Mr Nigel Hinton

From the Sir John Key playbook.....

"They charge the Islanders up to $150 a week for accommodation. They've only got - I think - 32 hours as a minimum. They don't have to pay KiwiSaver and they move them around as required so there's clearly business benefits in having Island labour here," Fisher said.

We went cherry picking just after Christmas. Upon arrival as we were taken into the orchard, the lady said to us "The Asians are lazy, they only pick by the entrance, I'd go over the far side if I were you". When we went to pay for our fruit they said " do you want a job?"- with that attitude?- "um, no thanks". I encountered similar stink attitude in apple orchards when I arrived in NZ 14 years ago, the supervisor said to me "I want you to keep an eye on that maori fella over there- if you see him doing nothing tell me and I'll sack his lazy a***". I didn't go back to work there. That was some introduction to the "modern developed country with a prosperous economy and good race relations" dream that we were sold by the NZ Govt.
They wonder why nobody wants to work for them? now let me see.