Otago locals involved with filming of The Power of the Dog were thrilled and proud yesterday when the movie and New Zealand director Dame Jane Campion added more high-profile awards to a swag of accolades and nominations.

The Power of the Dog won both best film and best director at the British Academy Film Awards (Baftas) in London yesterday morning.

The movie has an awards list that rivals its credits in length and leads the Oscars race with 12 Academy Award nominations. 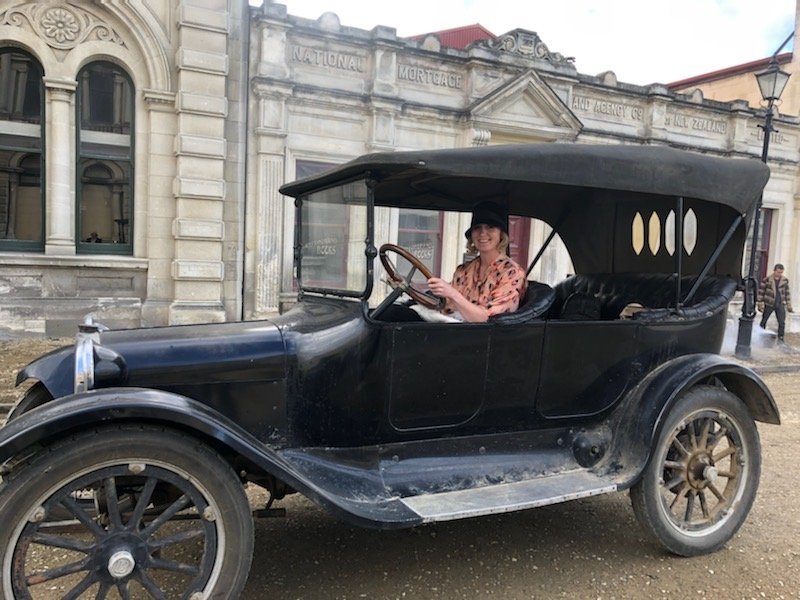 Rally car driver Emma Gilmour, of Dunedin, was the driving double for star Kirsten Dunst in The Power of the Dog. PHOTO: SUPPLIED
Dunedin rally car driver Emma Gilmour slowed down for her role as star Kirsten Dunst’s driving double, taking the wheel of a 1914 Dodge Brothers Tourer rather than one of the highly tuned vehicles she drives in her day job as a McLaren factory driver.

She said she was thrilled about the movie’s success.

The professional driver had appeared in television commercials before, and said filming was "actually quite stressful in its own way" as everything needed to be "100% right".

"All of a sudden, everything goes quiet and they’re counting you down and you have to arrive on your mark at a certain time."

She did not talk to the award-winning director but said that was simply because the production was so well organised.

"There are so many experts in each different department and they come together to make it all work," she said.

The movie was filmed in Central Otago, Dunedin, Oamaru and Auckland, with the sparsely populated, grassy plains and rocky mountains of Central Otago standing in for ranchland in the US state of Montana.

A Western-style homestead, barn, cattle corral, cowboy quarters and saloon were built on Braeside in the Ida Valley, a 5500ha sheep and cattle farm owned by brothers Al and Graeme McKnight and Al’s partner, Philippa Pope.

Al McKnight said the awards were special and he was pleased for all involved, but credit went to the whole valley and other locations involved in the filming.

He said it was hard to describe his emotions when he saw the family property on the big screen.

"I think I smiled from one end to the other," he said.

"Productions like these make great contributions to our region’s economy and community, and we hope the success of The Power Of The Dog brings more our way."

This is amazing that a movie made in our province just won the two top awards at the Bafta's, Jane Campion has put NZ back on the map for movie productions. I was disappointed it only got minimal coverage on the TV ONE news last night, and wasn't headline news. I am sure if it had been made in our 'biggest city' they would have given it more air time.