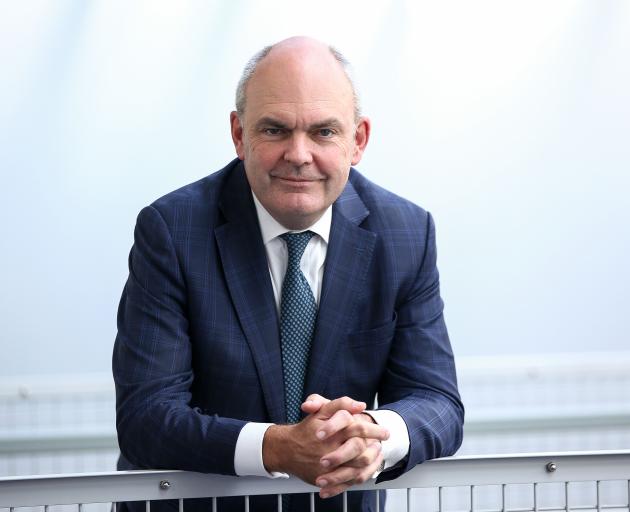 The Government's pre-election books show a bigger surplus for the 2017 financial year, largely at the expense of out-years, but Finance Minister Steven Joyce doesn't see room to splash out until about 2020.

The operating balance before gains and losses (obegal) is forecast to show a surplus of $3.7 billion in the year ended June 30, larger than the $1.6 billion surplus projected in the May budget, the Treasury's pre-election economic and fiscal update shows.

That's due to the Government's coffers being swelled by a bigger tax take than expected of $75.6 billion - something the Treasury does not anticipate will be repeated with corporate taxes bolstered by a financial market rally fattening taxable investor returns.

While that bodes well for the financial year just finished and is seen trimming about $2 billion from net debt over the forecast period, slower economic growth and a return to more normal tax revenue means slightly smaller obegal surpluses through to 2021 than the May forecasts cancel out 2017's gains.

"We've got the highest surplus in the first year ... then a slightly flatter track in subsequent years," Mr Joyce told a briefing in Wellington today. "It's almost a wash over the period."

The Treasury's Prefu is the main update for political parties on the state of the Crown's books ahead of the September 23 general election, which polling shows will be a much closer race between the main opposition Labour Party under new leader Jacinda Adern and the incumbent National Party, which is campaigning under a relatively new Prime Minister in Bill English.

The latest forecasts scaled back projections for economic growth from the May update, with Treasury predicting gross domestic product grew 2.8% in the 2017 June year, a slower pace than the 3.1% previously forecast.

That growth is underpinned by an expanding population, a pick-up in the global economy, and fiscal and monetary stimulus. However, the Kaikoura earthquake and declining residential property investment have trimmed that pace from the May forecast.

The Treasury still sees the Government's spending programme as having a contractionary effect on the economy over the forecast horizon, including the stimulus of the families package in 2018 and 2019 announced in the budget.

Mr Joyce said the books show there's "not much room" for a second tranche of a families package until about 2020 "unless economic conditions are significantly better than anticipated by Treasury in this document."

"We're not interested in borrowing additional money to pay for another families income package," he said.

The Government's capital spending programme is largely kept intact at about $30.5 billion through the period, having previously flagged major infrastructure expenditure in the foreseeable future.

"We do want to show a stronger more tied down capital track over the future," Mr Joyce said. "I think governments are poor at that - it's something both local government and central government have struggled with."

Treasury officials see nominal wages rising and consumer price inflation increasing, which the Treasury predicts will lead to the Reserve Bank "gradually" reducing monetary policy stimulus from the middle of next year, forecasting the 90-day bank bil rate increasing to 2.6% in 2018 from 2%, and rising to 3.8% by 2021. That's earlier than the central bank's own projections, which don't anticipate any chance of moving higher until 2019.

- By Paul McBeth of BusinessDesk

National is splashing the cash by promising $10.5 billion on some not very good returning highways.
They didn't mention the new southern route from Botany to Papakura which they also support, $1.5billion.
Labour have promised $1.5 billion for the Britomart to the Airport light rail . They also want to start the Auckland Tauranga rail service for $10 or 20 million