National leader Bill English has posted a final message to supporters from the Prime Minister's office - before he resigns as PM tomorrow morning.

"Hello for the last time from the Prime Minister's office," English says in a video posted to his social media.

Thanks for all the support and best wishes over the past few weeks.https://t.co/F7SbdESvqu— Bill English (@pmbillenglish) October 25, 2017

"Tomorrow morning at 9am I will leave the Beehive and go to Government House to hand in my resignation as Prime Minister."

In the video English said it had been a pleasure and a privilege to lead the outgoing Government, and thanked voters for their support.

"We will be moving into the opposition offices over the weekend. Getting organised to be a strong and positive opposition," English said.

"We will be working to hold the new Government to account, to make sure that they build on the strength and the result of all the hard work that you and I did together over the last decade or so to make this great little country the country that it is."

English was yesterday re-elected National leader at a caucus meeting, and afterwards told media he is committed to remaining in that position through until the 2020 election.

Jacinda Ardern will be sworn in as the 40th Prime Minister of New Zealand tomorrow, before returning to Parliament to chair her Government's first Cabinet meeting. 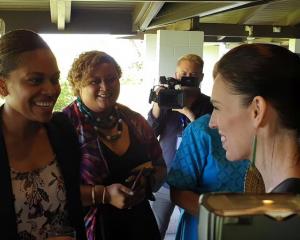 you and key blew it....rock star economy and people having to live in cars .or on the street the list is long.....