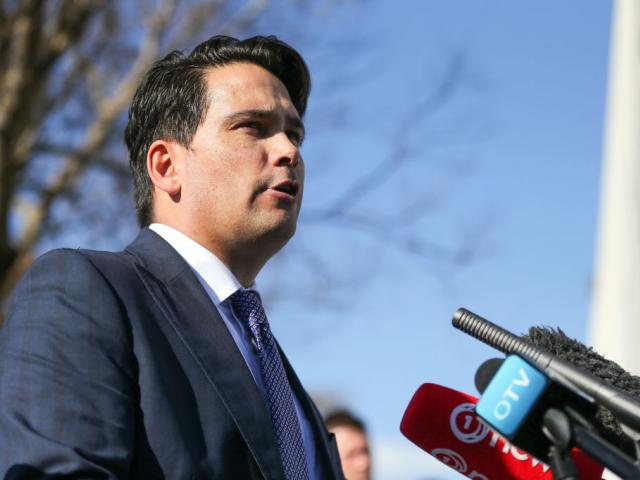 If the public votes in favour of legalising cannabis in a referendum, a National-led government would change the law accordingly, National Party leader Simon Bridges says.

A referendum on legalising the personal use of cannabis is part of the confidence and supply agreement between the Greens and Labour parties.

Under the deal, the non-binding referendum will be held at or before the 2020 general election.

Mr Bridges said National would enact a law change if that was what New Zealanders wanted.

"Oh I think we've got to, I mean we've got to go with what the people want and what a referendum tells us.

"We've got a bit of water to go under the bridge, we've got to see the question, we're going to have an informed debate I hope on the issues, but absolutely on principle we support referendums and their outcomes."

When asked before she went on maternity leave, Prime Minister Jacinda Ardern would not yet commit to whether Labour would legalise marijuana if a referendum favoured the change.

Mr Bridges also said he would support a law change to legalise euthanasia if a public referendum came back in support.

Asked whether cannabis should be legalised to undermine the synthetic cannabis trade, Mr Bridges was not keen, saying two wrongs did not make a right.

"With marijuana we know that it does cause harm in adolescents, and there are a number of mental health conditions that are affected by cannabis use, so we tread carefully in all of these things."

Dr Clark said urgent advice was being sought on how to deal with synthetic cannabis and the spike in deaths from the drug.

Interesting , Because National refused to abide by the outcomes of every referendum in the last 3 terms (anti smacking , mmp coat-tailing provisions , asset sa;es etc etc) , except of course the one that effects lives least ... The Flag referendum (which was binding).
Where was the following attitude of"Oh I think we've got to, I mean we've got to go with what the people want and what a referendum tells us" when they were in power and systematically dismantling any democratic institution that got in their way from ECanz to DHB's etc.