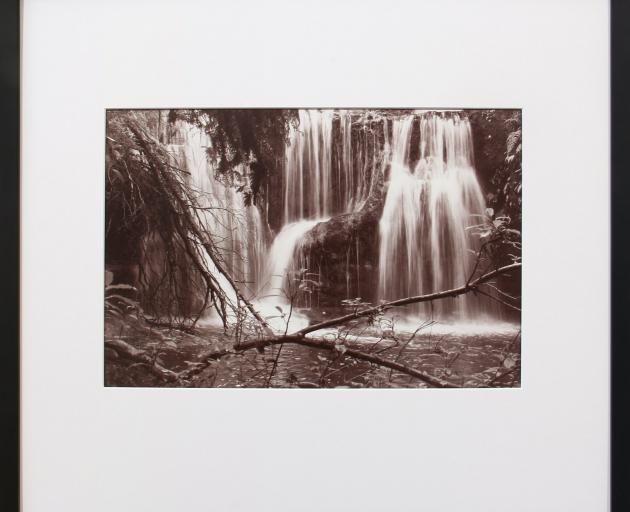 From the Banks of Waipahatu toward Punehu Falls, the Catlins, by Wayne Barrar

Landscapes are ubiquitous in New Zealand art; with natural beauties stretching the length of the country, there is endless inspiration for artists to depict the peaks and plains, the lakes and peninsulas, the dramatically changing seasons.

Terrain and views can alter spectacularly within a few hours’ drive, sometimes within a single walk, and it’s no surprise to find extreme variation in perspective and technique within the genre. "Whenua" is a deep dive into the complexities of the landscape — far more than a simple representation of a scene, these works explore the relationship between humans and their environment, a dynamic that can be symbiotic, spiritual, and even antagonistic when the pursuits of mankind leave lasting scars.

Neil Frazer’s alpine canvases are all sharp, jagged vertical lines, leading the eye upward and emphasising the towering remoteness of the snow-drenched mountains. Devoid of human life, the scenes are both majestic and daunting, the utmost peaks blending into the sky; as your eyes are pulled into the scene, you’re entirely alone, the only presence in a dangerous ascent of echoing quiet.

Wayne Barrar’s photography captures crashing waterfalls amidst a mysterious, almost fantastical play of light, like venturing into a storybook scene, such immense energy and power in forever stasis. As the sunlight glints off the water in Cedrick Savage’s Stanwell Bay, Kapiti Coast, the atmosphere has a surface calm, yet somehow a sense of impending drama and intrigue. 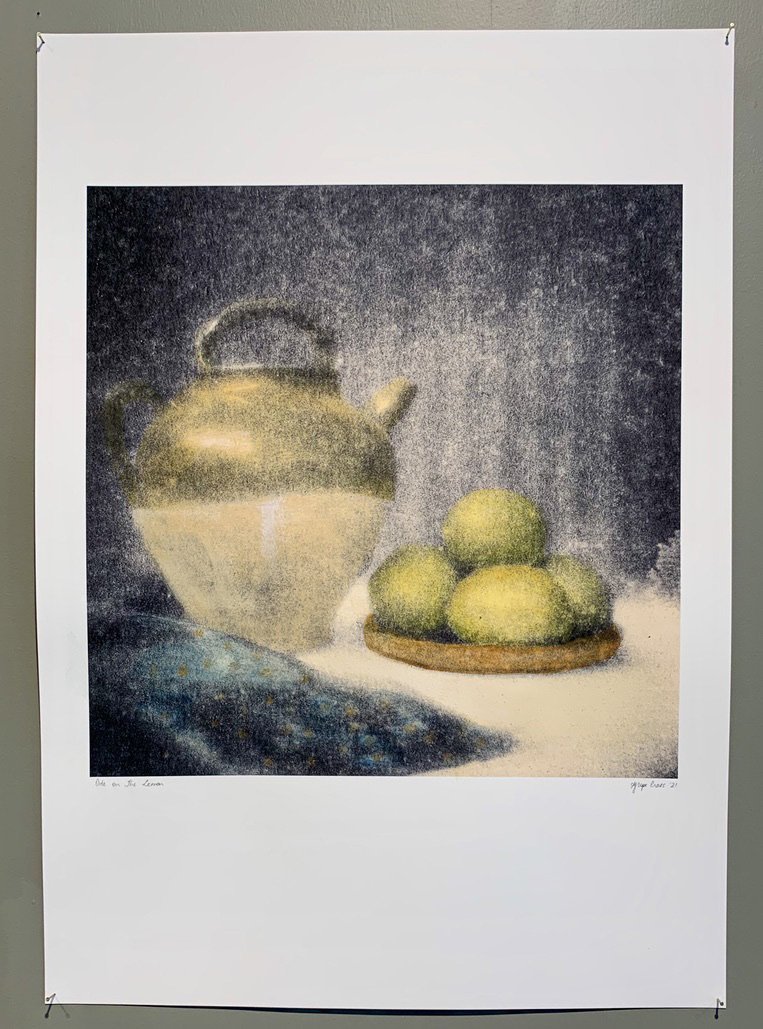 Ode on the Lemon, by Annemarie Hope-Cross

Connecting past, present and future, Annemarie Hope-Cross’ work has a romantic, ethereal aura, enveloping the viewer in a kind and gentle stillness.

Hope-Cross, a fourth-generation photographer, is an internationally recognised practitioner of the earliest forms of the medium. Having studied and worked as the artist-in-residence at Lacock Abbey in England, home of the founding photographer William Henry Fox Talbot, she has continued to experiment with cyanotypes — camera-less photography in which paper is coated with chemicals, covered with flowers or other specimens (even, astonishingly, fragments of ice) and left exposed to the sun, creating an image not dissimilar to an x-ray.

Some of her most stunning work is with hand-coloured photogenic drawings, using a replica of the very early Mousetrap camera. Each unique image is invested with patience and care, as it can take up to eight hours of exposure to produce a single work.

So often in the modern world, we move through life with unthinking rapidity, missing an infinity of beauty, countless moments passing unnoticed in the chaos. Hope-Cross’ photography relies on and glories in the quiet art of slowing, stopping, seeing.

A single object can hold and prompt a cascade of memories, let us stop and breathe, remember and believe. The quote which twines around the collection, an invisible verbal thread, says it all: "The earth has music for those who listen." 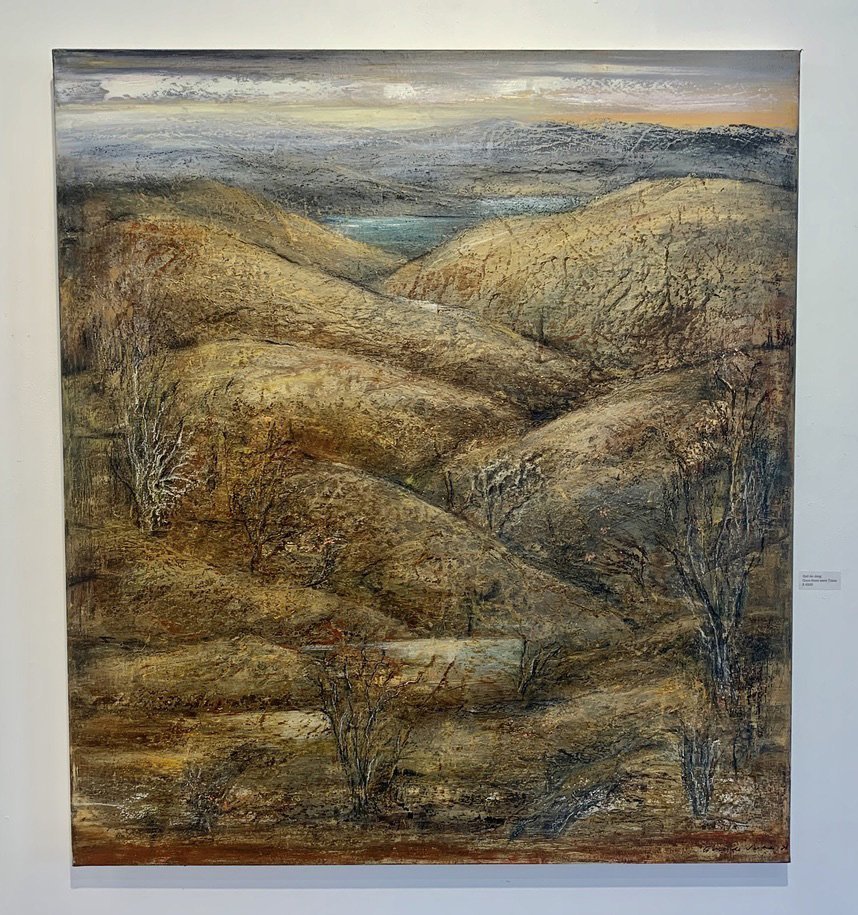 Once There Were Trees, by Gail de Jong

Gail de Jong's paintings are uniquely atmospheric—earth-toned, highly textural landscapes that might have been wrought from the very rock and schist they depict, sending the eye soaring over rolling plains and hills, gently aglow with a dusting of golden sunlight. Her latest collection travels a slightly different path to previous work, delving into years past to reflect on what was, what is, and what might have been.

The terrain of Central Otago is iconic, home and refuge to many, with the mountains rising into craggy peaks and grassy fields burnt dry in the intense heat of summer.

But amidst those rocky slopes, often in unexpected and lonely locations, stand lone trees, the scattered survivors of what were once thriving forests. Lost to the ravages of fire, in both deliberate clearance and spiraling wildfires, the skeletal bones of lost woodland can be found around the rocks, alongside streams, hidden in tussock. The remains of their trunks and roots piece together forgotten stories, bearing witness to a very different view of a familiar land.

In "Memories of Lost Forests", the ghostly branches of those once majestic trees rise and writhe on the painted plains, the entire surface of the paintings weathered and veined, as if those lost roots are pushing up from beneath the surface of the canvas, enveloping and taking back the barren lands.