In this week's Art Seen, James Dignan looks at exhibitions from Pea Sea Art, Eion Shanks, and The Artist's Room. 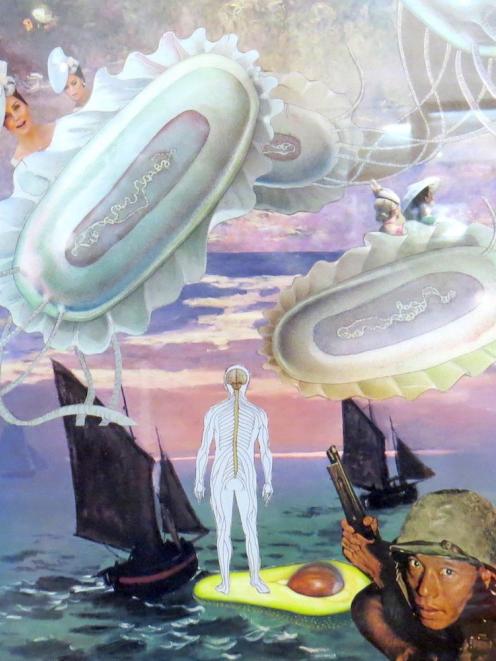 An eclectic display awaits visitors to Pea Sea Art. ''8 Ply'' features the work of a collective of local women, The Panty Bag Collective. It features collages, prints, new and repurposed wearable art, and other pieces in a variety of media, many of them subverting the stereotypical media images of gender and sexuality.

The most outre of the work consists of several pieces of wearable art by Prudence Edge, notably the provocative Mint Costume and Tangerine Feeding Costume. Edge's two-dimensional works are quieter but no less thought-provoking, consisting of surrealistic collages and drypoint etchings.

Anna Ward presents an extended series of prints, each featuring an emblematic woman surrounded by the words ''Made In Here''. The representation, which could be interpreted as an insignia or a logo, is depicted both on paper and on clothing and other fabric items.

The exhibition is completed by an eerie series of paintings by Sarah Sharma, based on vintage police mug-shots. The images deliberately downplay any glamorous elements which might have survived the already unflattering mug-shot process, leaving eight tough, stark female faces staring across the gallery. 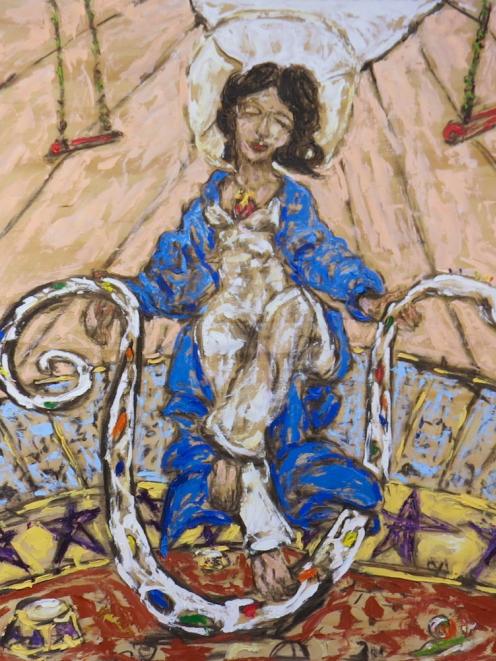 Eion Shanks returns to painting after a hiatus with an intriguing series of works at De Novo. With its title ''The Circus is Back in Town'', the artist refers directly to the subject of the paintings while simultaneously referring obliquely to his own artistic return.

The title also hints at the secondary theme of his art, with the presence of ''returning'' religious figures, taken from their biblical or iconographical setting and placed within more modern surroundings.

It is this latter element which adds surreal intrigue to the works. A first glimpse might in most cases only reveal a stylised circus scene, but on closer inspection (or by a look at the title) it becomes clear that the protagonists are Jesus, Mary, and the likes of St Sebastian.

The juxtaposition of religious and carnival elements seems to be making a statement, possibly about modern evangelical attempts to turn the presentation of the Bible's message into a sideshow, or it may have some deeper meaning which Shanks is leaving us to guess.

The work is painted in Shanks's trademark style of bold palette knife strokes of paint over a bare plywood surface. The presence of the wood's grain is a source of inspiration to the artist, and creates a living, breathing textural element to the images. 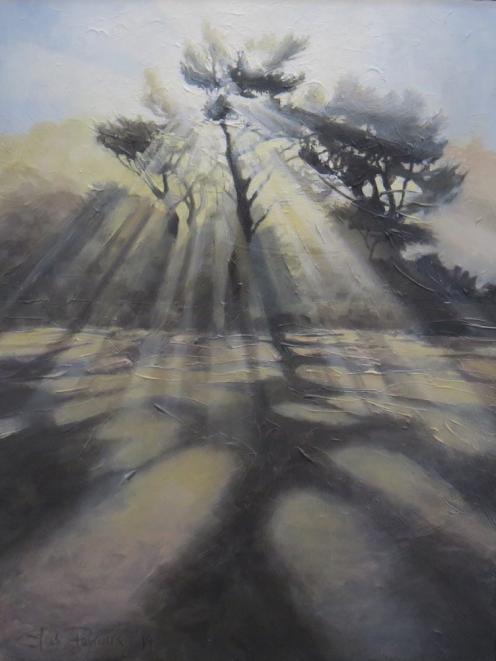 The Artist's Room's current exhibition combines the geometric abstractions of Ellie Gray and the moody landscapes of Steev Peyroux. While the two styles do not directly complement each other, the work of each artist throws the style of the other into bold relief.

Gray's Madras series consists of eight hard-edged acrylic geometries. The artist has created a series of crystalline structures from angled lines, the resulting facets each painted in a strong single hue. The effect is like that of looking at the surface of a mineral through a polarising filter, with the angular forms suggesting the intersection of three-dimensional planes.

This gives a strong illusion, especially in works such as Madras IV, of the images sinking into or standing clear of their real surface. This effect becomes more pronounced the longer the works are viewed.

Steev Peyroux's works largely concentrate on the moody oil seascapes in copper-bronze hues for which the artist has become well-known. The beautiful Formation uses more naturalistic colour and light, though the tones are still stylistically richened to provide the image with an inner glow.

There are a few surprises in this exhibition: the artist has moved away from his usual subject matter with the silhouetted tree of Solar, and the exhibition is capped by a fine charcoal figure study.