In this week's Art Seen, Robyn Maree Pickens looks at exhibitions from Hannah Joynt, a joint exhibition in Milford, and Gary Blackman. 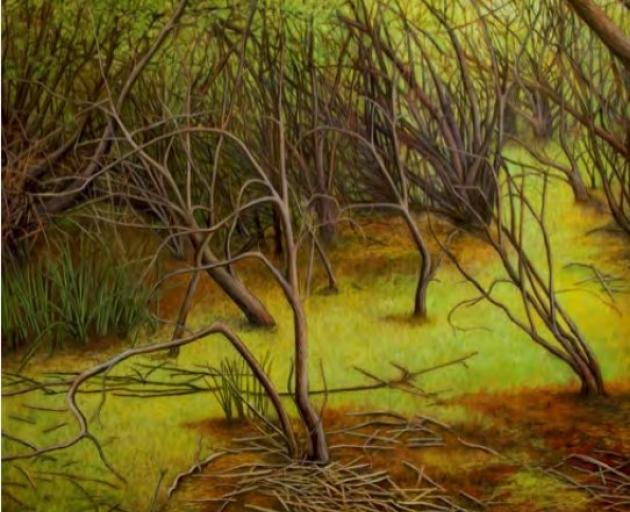 In her latest suite of chalk pastel drawings, Hannah Joynt explores the tension of the grey willow as both a plant of beauty and a ''pest''. Her depiction of grey willows comes from a sustained engagement with the plant in Harts Creek on Te Waihora/Lake Ellesmere.

Joynt deploys a heightened palette of intense, saturated colour in an attempt to capture the tension of a plant that, while beautiful, is endangering native plants to the extent that it has been categorised as an infestation.

With the knowledge that the grey willow was brought by colonialists in the 1860s, and spread widely around riverine and other bodies of water such as lakes and wetlands, Joynt's pastel drawings symbolically represent the arrival of Pakeha to Aotearoa and the subsequent dislocation of tangata whenua from their traditional lands.

Joynt narrates this story compositionally by cropping the field of vision and working in a high-key colour palette that signals, or perhaps, tugs between suffocation and beauty. In a pointed gesture Joynt has created the dark tonal areas with charcoal from the willow tree.

It is as if a part of the willow is drawing itself through Joynt. Through this layering of the visual and the material (the materiality of willow charcoal), Joynt's series raises timely discussions of ecological (im)balance, particularly in a settler colonial context. 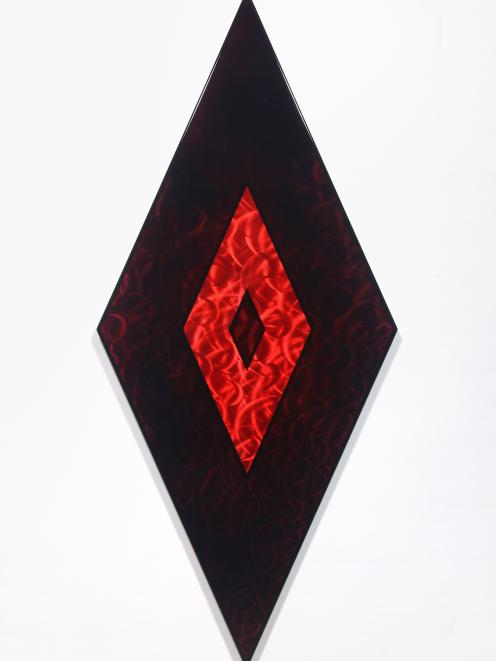 If you Google the word ''askew'' you will notice the page's orientation slopes downwards towards the right, which is an interesting entry point to approach this exhibition.

Although the group exhibition ''Askew'' takes its initial cue from the ''not-so straight line'' with formalist geometric works by Robert Jahnke, Mervyn Williams, Ian Scott, and Israel Birch, the definition of askew is expanded to include conceptual applications of the unexpected, perhaps most strikingly with Lisa Reihana's Captain James Cook - Female from her 2016 series In Pursuit of Venus. Even with the foreknowledge of this gender reversal it is still jarring (in an intriguing way) when viewed in the flesh.

Despite the askew thematic the exhibition abounds in multiple discrete conversations between works in quite different media, such as the two complementary female protagonists in the aforementioned work by Reihana, and the female character confronting the EFKS Church, Maraenui (2017), by Yuki Kihara.

Careful curating ensures that despite the disparity of media there are many such instances of connection through, at times, unexpected juxtapositions. While most of the works have been exhibited previously, this exhibition brings them together in a fresh way that enables new perspectives and appreciation. 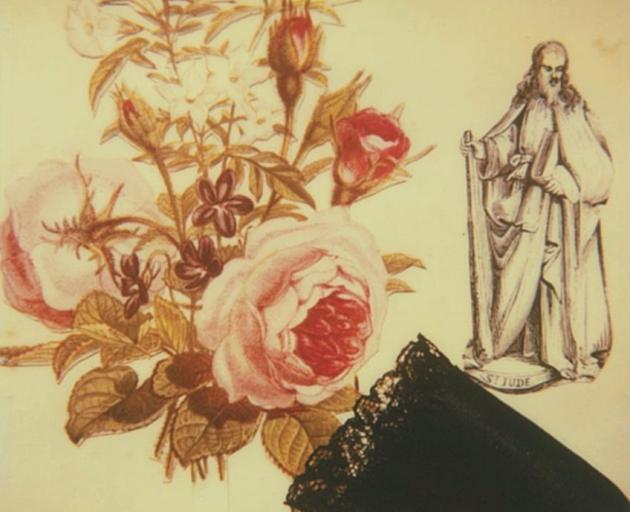 It is always a pleasure to review Gary Blackman's exhibitions, and this exhibition is no exception. Where last year Blackman exhibited black-and-white silver gelatin prints, this year - and it is a first for Brett McDowell - we are treated to an exhibition of polaroid photographs taken over a 26-year period, with the end date of 2004 signalling the dominance of digital cameras, and the difficulty of obtaining polaroid cameras and film for all but the most persistent.

The modest size of the polaroid and the simple yet effective cardboard mount made by Blackman enable a veritable feast of 36 photographs while still retaining a sense of spaciousness.

This selection of photographs includes a range of subjects from architecture and urban scenes to lilies, home interiors to constructed still life groupings of 19th-century botanical drawings with a hint of black petticoat, and formal experiments with light as it cuts through the slats of a wooden deck.

Of particular interest are Blackman's ''manipulated polaroids'' made by inscribing a ballpoint pen or similar on to the raw surface of the polaroid before the emulsion is fully dried.

The disrupted emulsion creates two effects: it amplifies the silver dimension and produces a textured quality. This exhibition showcases the diversity of the medium, which, in a digital age, begins to acquire a sense of the handmade.