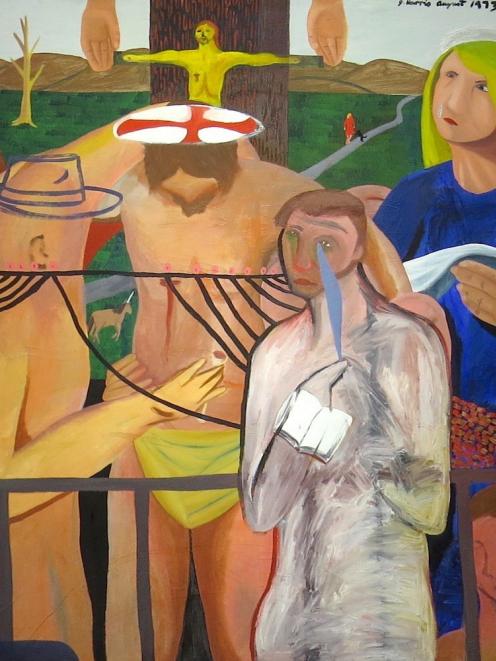 The ostentatiously titled "Five Important Paintings" at Milford Gallery lives up to its billing, and the gallery has gone out of its way to present the works in a fitting fashion. The five large-scale paintings by Jeffrey Harris are presented along with a physical and online catalogue in which five writers tackle one of the works, exploring it from personal and critical viewpoints.

The works are epic in size and scope, with the largest more than 3m long. Most were painted during the 1980s, when the artist was honing the personal language of his art. The allusion to self-portraiture and the interplay between male and female, all pervaded with a sense of loss, inform works such as the tarot-like Three Figures, reaching a culmination in the bold, simplified lines and forceful brushwork of Two Figures Falling.

The earliest painting, Religious and Allegorical Painting is a mystery work in the religious and personal sense. Sources ranging from the Medieval to McCahon are invoked in a scene, which gains more perplexing nuances with each viewing, from the ghost-like weeping figure before the crucifix to the distant woman walking her dog. This work is open to an infinity of possible readings and interpretations. 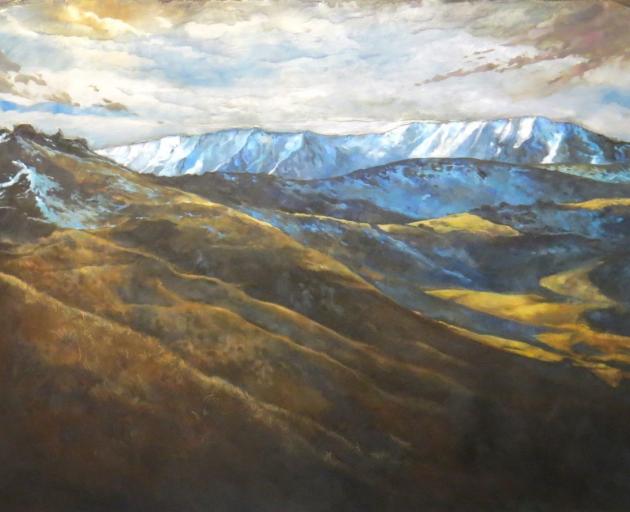 At The Artist's Room, the exhibition title "Silver Lining" could refer to the silver mists and clouds that hang over Steev Peyroux's seascapes and Matt Gauldie's rugged Otago terrains, or to the inner glow which seems to come from both artist's work. In either case, the title is apt, as these works do shimmer with a precious light.

Peyroux's coastal Otago scenes are well-known, but seem to go from strength to strength. Particularly impressive in the current exhibition are several low-key works in which the palette has been reduced to a near monochrome. The rich, amber-bronze tone and powerful lowering cloud in works such as Taieri Bar and Half Light give a nod to Peyroux's hero JMW Turner, just as his strangely empty Karitane images pay a similar homage to McCahon's Otago peninsula paintings.

Gauldie's work is perhaps more of a surprise, as landscape is not the first subject which comes to mind with the artist's images, yet these pieces are effective and strong. The aluminium base for the work is put to excellent effect in the evocative Silver Lining and Central Landscape, where it adds to the depth and brightness of the skies. The exhibition is well rounded off with Gauldie's wry portrait of his co-exhibitor in the work Green Island. 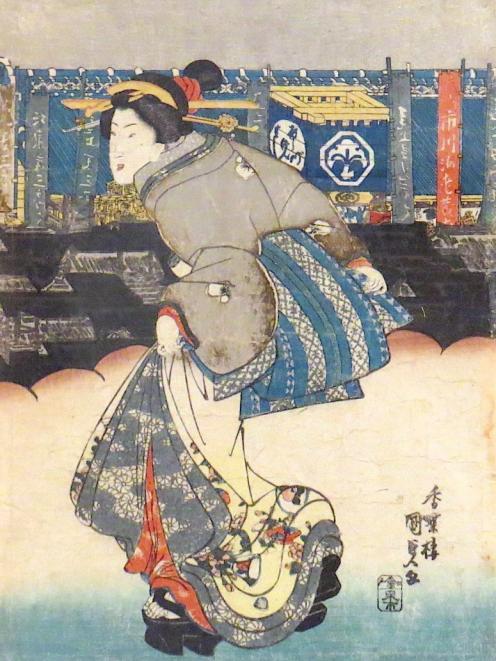 Beauty Strolling in the Theatre District, by Kunisada

"The Mastery of Kunisada", Utagawa Kunisada

Brett McDowell's exhibition of traditional Japanese art has become an annual pleasure, and this year focuses on the work of Kunisada (1786-1865).

Along with his contemporaries Hiroshige and Hokusai, Kunisada is regarded in the highest echelon of 19th-century Japanese woodblock artists, and during his own lifetime his works were regarded more highly than those of his now better-known countrymen. Like Hiroshige, Kunisada was a member of the Utagawa school, famous for its Ukiyo-e ("Floating world") works, depicting the decadent life of theatre and court, replete with actors and actresses, geisha and courtesans.

The works on display in the exhibition are a series of beautifully composed prints, the technical skills involved in their woodblock technique defying this origin. The subtle shading and intricate lines often give the impression of ink and watercolour work than woodblock.

Of particular interest in this exhibition are three multi-panel works, one of which (Beauties Returning from the Bath on a Spring Night) features surprisingly modern effects, such as the conical shafts of light emanating from a fallen lantern and the complex silhouetted background. Other works, such as Courtesan with Turtle Kimono, are of much simpler composition, focusing attention firmly on the form of the woman and the beautiful representation of the patterns of her garments and cloth.