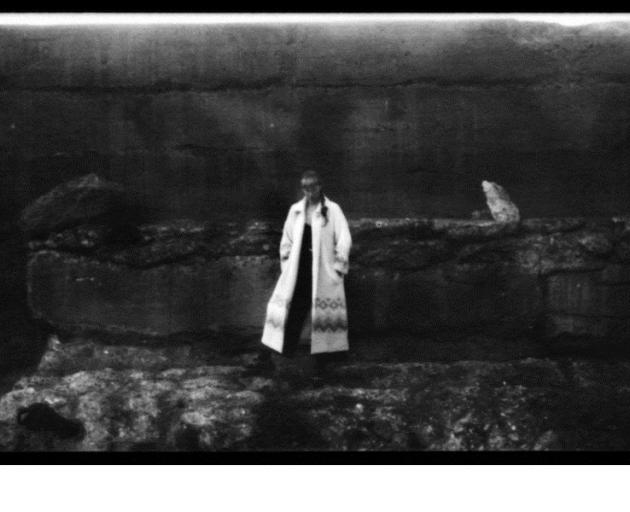 If you haven’t returned to collect your portrait developed in coffee (Caffenol) by Chris Schmelz at RDC cafe, or would like to see the hundred-plus portraits taken by Schmelz in the cafe during April, there is still time to do so. The black-and-white portraits of cafe regulars and visitors are organised according to horizontal or vertical orientation and stretch almost the length of the right-hand wall. There are portraits of individuals, friends, parents and children, and couples either with or without their coffee of choice. As the subjects were free to pose how they wished, there are some who dodge the lens, such as a man with a cigarette slightly hunched over a cup of coffee at an outside table, while others, including a young couple standing inside with their arms around each other’s shoulders look directly into the camera.

The portraits are engaging interactions with a wide range of people, many of whom Schmelz may have met when he worked at RDC. In most instances, the photographer has captured the subjects in relaxed, unassuming moments in which the portrait sitters appear to reveal a little of who they are, or who they have chosen to be in that moment. The collective feeling of viewing the domestic, standard-size prints is one of generosity: that of the photographer, the subjects, and the degree of trust or openness expressed between both. 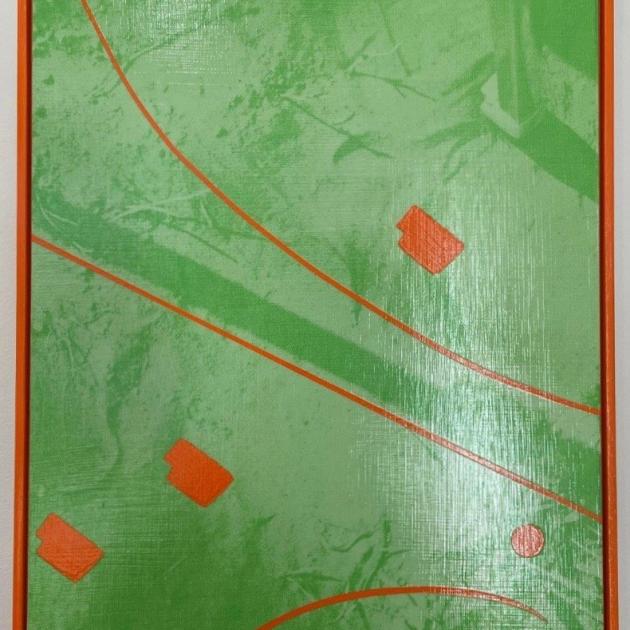 Viewfinders is an astute and informed curatorial pairing of two artists (Philip Madill and Simon Attwooll), who work to varying extents (and aims) with found photography. Madill’s principal and interconnected research areas of the Cold War and space race, and his aesthetic tone of the thwarted (or absent) individual in absurd situations may be familiar to local audiences. Attwooll works with found images from a similar era, and in particular with a cache of photos formerly belonging to a retired police officer. While Attwooll purchased the collection from eBay, the seller found them at a flea market in Amsterdam. It is generally not intended to be evident whether Attwooll is using the officer’s forensic photographs or the personal ones included alongside them in the cache.

In contrast to Madill, who creates compositions inspired by found imagery subsequently executed in graphite, pastel, or pencil on paper, Attwooll scans the positives, screen prints either the entire image, or an area of it on to aluminium composite material (ACM) then paints with primarily geometric elements such as lines or shapes. In Attwooll’s Documentary Shadows (2020-21), an ambiguous, green screen-printed image is overlaid with orange lines, irregular shapes, and circles in acrylic paint. The frame is painted the same shade of orange.

A particularly compelling work (Untitled, 2015) by Madill depicts a siphon-pincer, "soft shell" machine inserted or crushed into an old car. It is uncertain whether the machine is extracting or inserting unknowable matter. 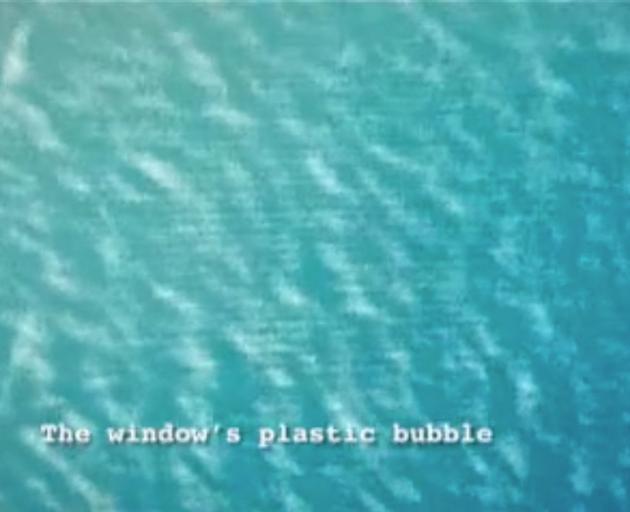 The opening and closing visuals of artist and writer Stella Brennan’s 11-minute film, South Pacific, remind me of the warping lines that occur when filming another screen, such as a laptop, or especially an analogue TV. This aesthetic bookends the film visually and narratively, as first-person narration opens and closes the film, with the speaker locating themselves looking out a bubble window in a plane at the outset, and landing at the film’s end. Textual narration is a key element in the film, with white text in subtitle position unfolding over each frame in real time as if the artist were typing.

South Pacific is as much textual document as visual film; a mode that accommodates the detailed information conveyed on World War 2 in the South Pacific. Stylistically the textual voice shifts from first-person narrative to a style of writing that could be described as poetic-documentary. To take one example, the text reads, "Pearl is burning", which is more layered than "Pearl Harbour has been bombed". In Brennan’s text, "Pearl" evokes a potential human victim. The viewer is also told about the bombing of Hiroshima and Nagasaki, and a lesser-known consequence of war: the dumping of vehicles, tools, and anti-aircraft guns at Million Dollar Point. The visual aesthetics working with the text alternate between experimental sonar, radar, and ultrasound imagery made with the assistance of radiologist David Perry. These modes shift the viewer between the visual sound of bodies and machines.