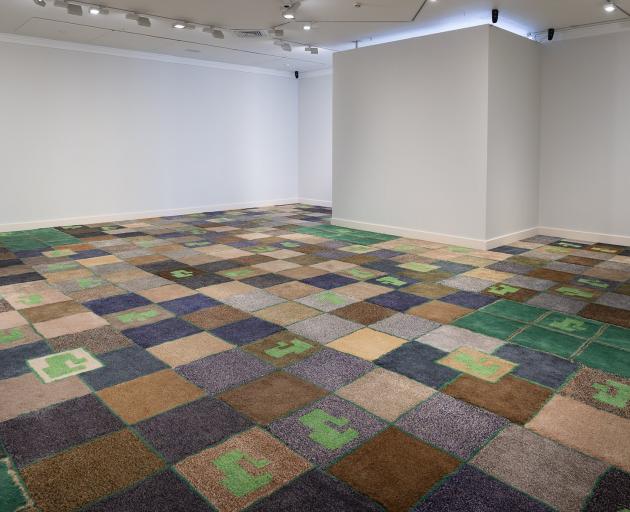 Exiting Aroha Novak's waterfall work Cascade in the windowed gallery space overlooking the Octagon, and walking into the next gallery space, the visitor encounters Megan Brady's work A quiet corner where we can talk. It is likely that the visitor's shoe-clad feet, eyes, and ears will simultaneously perceive Brady's work. The white walls are bare, but the dense weave of the hooked rug covers every centimetre of the floor.

It is the particular texture of the rug combined with the slight resistance to a geometrically precise grid-like pattern that encourages the floor covering to be described as a rug instead of a carpet. Within the exception of occasional areas of green squares side-by-side, Brady has handcrafted this rug in a primarily ''Central Otago'' palette of warm browns and ochres with a slender dark green trim.

Dispersed at apparently random intervals across this grid are hieroglyph-like symbols in light green. This pattern, as much as the thick texture of the rug, pulls your feet in unexpected directions.

In addition to this work, or perhaps more accurately as an accompaniment to it, Brady has selected music, that could, as the works title suggests generate ''A quiet corner where we can talk''. Brady's title is inspired by a fictitious conversation between the Avant-Garde composer John Cage and his influential predecessor Erik Satie. 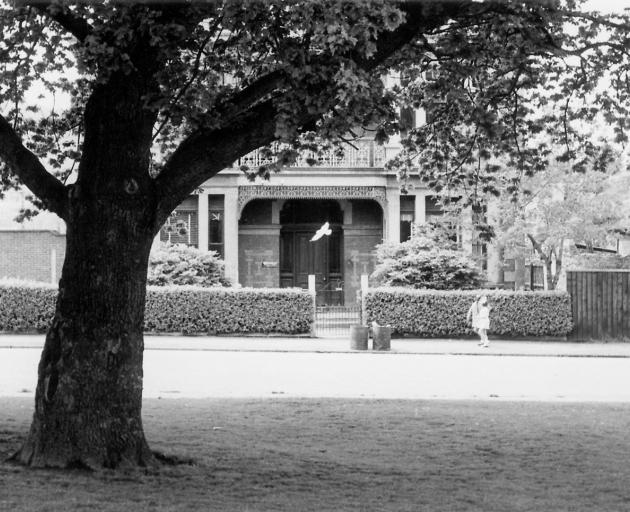 It is almost a relief when someone (an artist, a gallerist) makes a considered selection of images, weighs up their relationship to one another and to the space in which they are shown.

Gary Blackman and Brett McDowell have done precisely this, and it restores the experience of contemplative looking at that seemingly ever-present object photograph(s). These are not ''photos'', they are black-and-white photographs. This is not to suggest they are elevated or distant, quite the contrary, but their quiet restrain is nevertheless captivating.

Blackman and McDowell have selected nine silver gelatin prints from two eras, the 1950s and the 1970s. Blackman has captured everyday scenes at a time (particularly New Zealand in the 1950s) when it was less common to do so. It feels necessary to remember this.

Blackman's subjects in this exhibition are primarily architectural - they are of street scenes and buildings. In one photograph it is evident that Blackman has taken pleasure in the lines of two garage doors side-by-side. One is horizontal, the other vertical. In such works Blackman's formalist eye comes to the fore.

In another work, Blackman is present when the presence of a ''white'' bird is heightened by a ''black'' tree. Perhaps Blackman's Kodak Retinette 35mm film camera, apparently ''very pocketable'', was at the ready in the split second required to sear this moment. 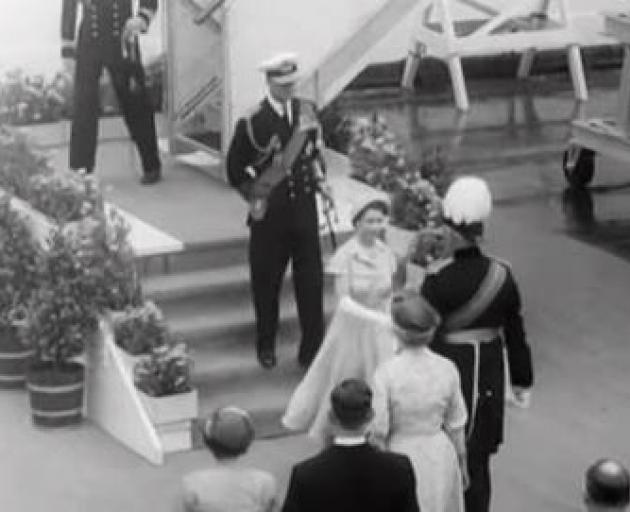 In this short work, Wickliffe brings together two taonga (artefacts) from the 1950s: archival footage from the 1953-54 British Royal Tour to Aotearoa New Zealand, and the titular song Everything is Ka Pai, by Daphne Walker. Of course, everything is not ka pai (good, fine) in this charade of forced conviviality where coloniser meets colonised.

From the (British) Royal party's arrival on the ''Gothic'' (ship), Wickliffe focuses primarily on the powhiri (ceremonial exchange) between the British and Maori Royal (Kingitanga) families. The pivotal moment occurs when the lyric ''I want to shake your hand'' is edited to coincide with the two royal families shaking hands.

In Wickliffe's context (and indeed in post-colonial approaches more broadly) this act of precision editing can be interpreted as a weighty critique. It functions as an extension of Wickliffe's overarching convergence between the royal families' powhiri with the song.

In such a context it becomes difficult to perceive the synchronicity of lyric and enacted powhiri as ambiguous or mere technical feat. Wickliffe's critique of colonisation gains traction by layering up the apparent benignity of song and powhiri, and of lyric and physical handshaking.