With its focus on the legacy of trauma, invasion and massacre in two historical eras, Amnesia Road is a harrowing read. Several early sections with brutal descriptions of human and animal abuse are unreadable.

Yet, aside from these specific instances, much of the book pulls back the camera to pan across each landscape and past events, better to mimic the themes of general amnesia and selective memory. The author knows the landscapes of South-West Queensland and Andalusia intimately, and his lush descriptions give an ironically evasive feel. Later he drills down into eloquent discussion of the multiple complications of bringing to light the violent eras upon these two huge blocks of largely desert land. 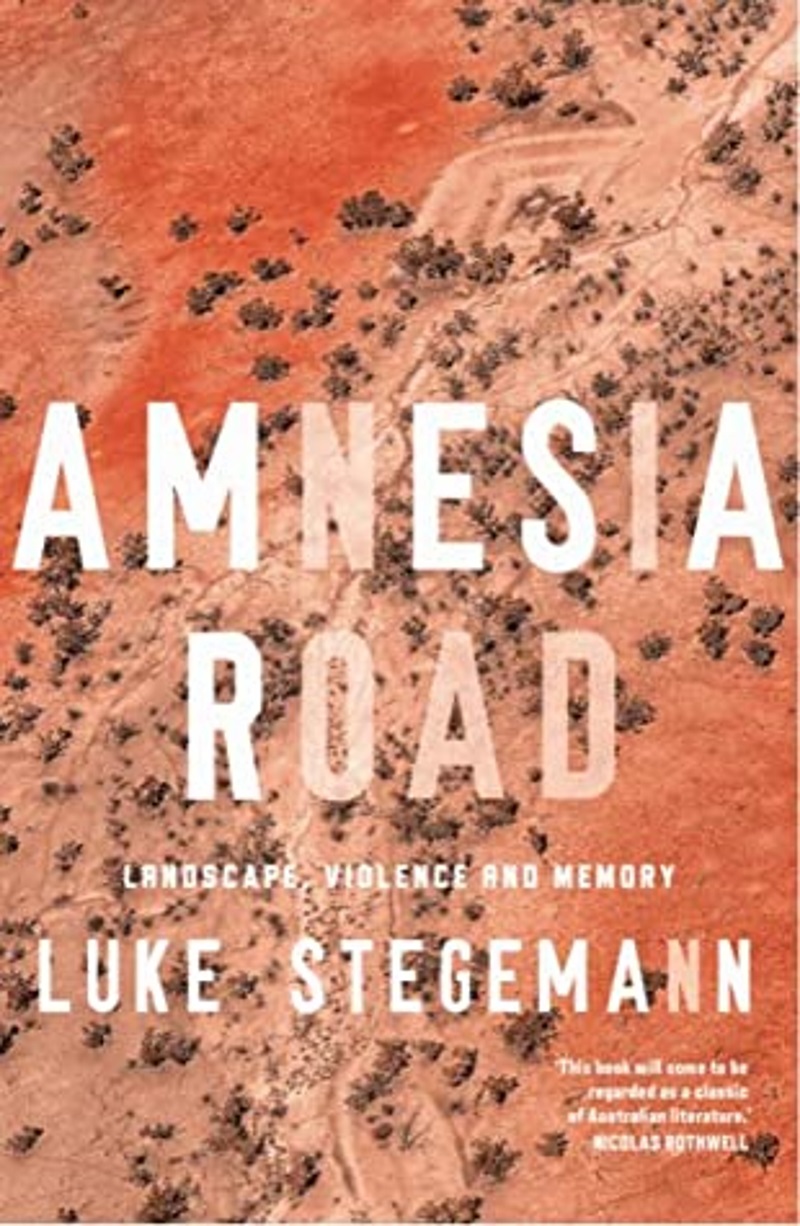 Queensland-born Luke Stegemann is a cultural historian, Hispanist and writer who is fascinated by both his homeland and by Spain, and he spends time living and researching in each. This work looks at invasion of a land by foreigners, and the following violence towards and murder of its original occupants.

First is mid 19th century South-West Queensland, when European settlers arrived to tame it as a pastoral frontier. Much of the interior, which had been the undisturbed terrain of indigenous peoples, is still a vast expanse of untamed land in the eyes of westerners, frightening in its magnitude and supposed emptiness. This ‘‘moody pocket’’ of the continent cannot be stopped or regulated in its ‘‘millimetric wax and wane, its grunt and creak and very human sigh’’. While such attempts to change the land itself are simply passing fluxes, to its people these attempts have caused unfathomable and ongoing trauma.

Stegemann outlines explicit violence against the indigenous people by a minority of the European settlers. Huge numbers were dispossessed, or hunted down and massacred. As European settlers mapped and gridded the land, they laid down explicit concepts of ownership, far removed from Aboriginal ways of life. Using the land industrially led to a whole new soundscape, dismissing earlier signifiers and erasing entire ways of life and knowledge codes. While today many Australians of all ethnicities embrace Aboriginal history and celebrate its art, culture and storytelling, it is in a somewhat packaged form, self-conscious and often marketed, forever disrupted from its relationship to the land.

The second historical focus is southern Spain, in July 1936, at the outbreak of the nearly three-year long Spanish Civil War. With the aim to overthrow the Republican government, nationalist troops and those of fascist ilk, soon to be led by Francisco Franco, invaded towards Madrid. Much of the vast troop support was drawn from Spanish colonial bases in North Africa. Altogether it led to a new level of barbarity which specifically targeted civilians, many of whom were rural villagers of humble means, innocent victims of political chaos.

The author queries how and why these atrocities have been so largely erased or conveniently forgotten. Should this shameful history be brought to light and commiserated, or left covered up? In Spain, this past which had been laid to rest by surviving elderly people is being dug up by the grandchildren. While this is understandable for the private grieving of family victims, it is often exploited by extremists in the political sphere, for gain. Any attempt to reconstruct an agreed-upon version of history, or what to do with history, looks hopeless. This is complicated by the digital sphere, where deep reading is being lost as a skill, and social media opens up a world where all can be online, and vocal, experts regardless of any prior knowledge or understanding of events.

Furthermore, with the explosion of digital media there is the disappearance of archives and primary materials. The immediate present is prioritised, and black and white interpretations of historical events lead to online ‘‘slanging matches’’. For many new immigrants to Australia, for instance, these legacies of wrongdoing may be irrelevant. They may have come from their own sites of trauma and simply be looking to start afresh.

Stegemann's discussions about how one might encompass the past are broad, with complex arguments for and against acknowledging guilt. There are positives, he says, to a ‘‘blanket amnesty’’, as one cannot build a resilient future community or nation based on residual shame. Amnesia Road in part is a threnody, a wailing lament for the dead, where even with such persuasive discussion, there never can be straightforward reconciliation.