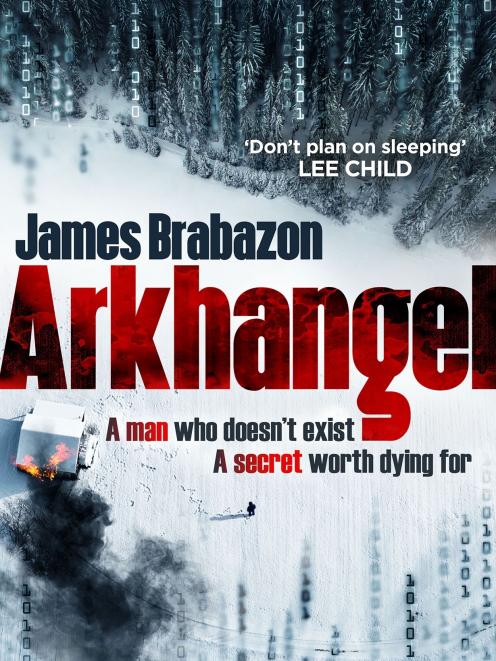 The security service thriller is a crowded field served by gifted writers with a dedicated fandom. The heroes are highly intelligent tricky-dickies possessing wildly swinging moral compasses. Typical of the class is James Brabazon’s highly experienced agent Max McLean, orphaned in his teens, recruited to UKN - A British Special Operations kill-team - at 19, fulfilling their search for ‘‘a legally sane psychopath’’.

McLean’s father is Irish, his mother Russian. He is instructed by his boss, Commander Frank Knight – the only other fellow operative of UKN known to him, so sealed are they in their solitary silos – to kill an elderly IRA leader just returned to the Republic of Ireland from Moscow and staying in a remote cottage. Knight and McLean verbally spar over this assassination. Too easy for McLean, so there must be a deep subtext. There is.

When McLean has used his silenced SIG .45 to silence the target for good, in the follow-up, he finds that he has been had. The target was already long dead. He has shot a corpse, a corpse with a US$100 bill, with the word ‘‘Arkhangel’’ in Cyrillic script written across it, in his decaying hand. McLean takes the bill. ‘‘And then all hell broke loose’’.

This is the start of long series of events, of shoot outs and chases, enough to satisfy the most ardent enthusiast of fictional violence. What was to have been a too-easy assassination morphs into a major operation to save the world from guess-who. McLean, as headmits in the end, was ‘‘being played’’ by his own unit to flush out what the intel actually is, who is developing it, who wants it, what it means. A mission within a mission.

The reader and McLean gradually learn as they lurch from Ireland to Paris to Tel Aviv to Moscow. Because of the scale of the collateral damage along the way many others fall victim, are betrayed, are played, are splayed or simply sprayed with bullets, shrapnel, tracer fire. McLean remains passionately cool, very much collected, even if confused about the nature of the mission which only becomes clearer, or so he thinks, with the passage of time.

To tell more would spoil the hectic ride. The ride is worth it. Brabazon is a master storyteller. His descriptions of the shoot-outs and chases are unsurpassed in the genre. The action is too exciting, and far better in words than any visual form as our own fears and imaginings are more intensely engaged. Those of a nervous disposition should be warned that this is only for those already addicted to James Lee Burke or Don Winslow. Enjoy, vicariously.