Books to shape our sensibilities

Otago Daily Times book reviewers consider releases from the past 12 months - and even further back - and offer some reading suggestions. 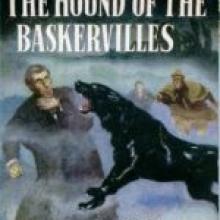 If there is any immediately recognisable story associated with the name of Sherlock Holmes, The Hound of the Baskervilles (Arthur Conan Doyle, first published 1901) must top the list.

The one-time general practitioner Doyle was now in full flight with his Holmes stories, eventually 61 in number, when the Hound of the Baskervilles was published in serial form by the Strand magazine in London.

It has been widely translated and has been made into film versions no fewer than 21 times.

Perhaps the story would count as a Gothic horror story, with a spectral hound that is the doom of the heirs of Baskerville in Devon, England.

Numerous reprintings mean that this yarn is forever green to new readers.

Older readers who relished English schoolboy stories many years ago will probably enjoy Frank Richards: the Chap Behind the Chums, by Mary Cadogan.

This is a fine biography about an English author (real name, Charles Harold St John Hamilton) who was the most prolific writer in the English language, achieving a published output of at least 72 million words (the equivalent of 1000 novels).

For intellectuals who might sneer at the schoolboy characters created for the weeklies The Magnet and The Gem, it should be pointed out that their creator, who died in 1961, had no difficulty translating the classics or creating Latin crosswords.

Just as when a boy, I revelled in following the adventures of Harry Wharton, Bob Cherry and Billy Bunter at Greyfriars, or Tom Merry at St Jim's, this year I relished learning about the life of a remarkable Englishman who, tirelessly, also wrote Westerns, romances, marine adventures and detective yarns. 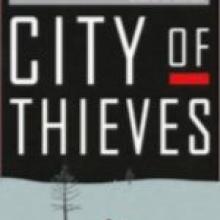 Set in 1941, the year of the siege of Leningrad by German troops, City of Thieves, by David Benioff, is a grim novel which, while conveying well the cruelties of war, also captures the comradeship of two unlikely protagonists - a teenage boy and a young Russian soldier.

Escaping execution for rule infractions, they are set the task by an NKVD colonel of finding a dozen eggs to use in baking his daughter's wedding cake.

The duo court great danger in horrendous conditions as they roam the countryside.

Written with telling simplicity, the novel tracks the courage and mateship of two young men caught up in a war that claimed millions of lives.

A memorable second novel by a young American author, of whom much more will be heard.

Even in this season of goodwill, it would do no harm to be reminded that some few loyal, affectionate husbands and fathers are, in their daily activities outside hearth and home, monsters.

Such a man was the chinless Heinrich Himmler, mass murderer and head of the Nazi SS.

In The Himmler Brothers, by Heinrich's niece, Katrina Himmler, we learn how Heinrich was a buttoned-down boy who often went to his Roman Catholic church, and occupied himself with his stamp, coin and dried flower collections.

Later, he constantly complained about his poor health.

As the book makes plain, Heinrich's later energy and single-minded devotion to the Nazi cause propelled him to the command of Hitler's SS, and to be the moving force behind the concentration camp system, and the systematic murder of millions in the resultant Holocaust.

The Himmler Brothers throws much light on the unremarkable early life of one of the last century's most evil men, raised within a family of pious respectability but in tune with their society's contempt for Jews.

In translation, the author's free-flowing style is well preserved. 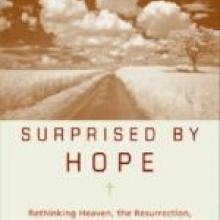 Three books with religious leanings from this year's reading: N.T. Wright's Surprised by Hope; Antony Flew's There is a God, and Take This Bread, by Sarah Miles.

Wright's book focuses on the Resurrection and its importance for Christians.

No great news there, you might think, except that he goes on to remind us that for the early Christians, and equally for "later" Christians, the Resurrection of Jesus is only the first in a general resurrection to come for all believers.

Wright dispels the myths about "heaven being our home". The new Earth is where resurrected believers will be living.

If you want a well-argued case in not-too-theological language, this excellent book is worth putting on the holiday reading list.

The second book delineates Flew's philosophical journey of integrity from disbelief in a God to belief in one.

It may not be the personal Christian God (at least not yet) but it's a long way from what he believed formerly.

Flew's book is immensely readable and seldom requires a dictionary of philosophy.

He's been reviled by the current crop of bestselling atheist brights (Dawkins, et al), and some of them even have faith enough to believe he didn't actually write the book.

Lastly there's Miles. She was an atheist when she walked into a church one day, and, much to her surprise, met up with Jesus.

That's only part of the story.

Eventually, as a result of her new-found faith, she set up a food kitchen for the poor in her area of San Francisco.

Full of eccentric and crazy Californians, the book is a marvellous celebration of life, food (she was formerly a cook) and community, and the way in which giving out to others changes your soul.

The perfect murder has never been committed, they say.

Among the world class cases analysed is the death in 2000 of Annettte Bouwer of Dunedin, whose husband, Professor Colin Bouwer, was defended by Dunedin lawyers David More and Anne Stevens on a charge of murdering his wife by lowering her blood sugar.

The forensic evidence in all the cases is presented in highly accessible language.

A Melbourne newspaper clipping of 1913 relates how, in 1900, three young ladies vanished from a school picnic at Hanging Rock, near Melbourne, never to be seen again.

Unfortunately, no-one has located the newspaper either, and the mystery is now beyond living memory.

The story has spawned a book by Joan Lindsay and an excellent Australian film. An illustrated edition of the book, Picnic at Hanging Rock, published by the Macedon Ranges Shire Council in 2002, combines story, film scenes and screenplay.

The creepy mystery is based on the true story - the rest is over to you.

Meccano, Hornby trains and Dinky toys had one thing in common: the genius of Frank Hornby.

The Toy Maker by Anthony McReavy analyses how Hornby's imagination and business acumen changed the lives of generations of children.

Through the 1920s and 1950s, long before mindless computer games, children spent days building working models of cranes and trucks from girders, plates, nuts and bolts.

If you didn't know the difference between a trunnion and a flat trunnion, there was no hope.

This year I was involved in editing two books that brought me back to a new and deeper appreciation of some New Zealand short fiction that I had known for years.

The story that especially struck me was his A Married Man, first published in 1959.

It is the portrait of a young cooper whose much-anticipated first child dies soon after its birth and who decides to make the coffin and bury the child himself.

The entire process of the young couple's hopes, their fears when the child is born prematurely, their sorrow at its death, the burial and its aftermath with an older workmate at a pub is told simply, with deep sympathy and an implicit awareness of both the strengths and the limitations of the young man's 1950s male culture.

The second book is Nurse to the Imagination: Fifty Years of the Robert Burns Fellowship, the editing of which sent me back to re-read Riley's Handbook, the novella that Maurice Duggan began halfway through his 1960 fellowship year when he was disgusted and discouraged at this attempt to write a "worthy" novel in the restrained manner of Henry James.

He had been reading Samuel Beckett and staying at the Captain Cook, and that heady combination led to wondrous reaction, what he called to Charles Brasch (who published it in Landfall in 1961) a "lewd and obsessive phantasy" of an Irish New Zealand artist living in a hotel not unlike the Cook and ranting magnificently against his upbringing, his experience of marriage, and all the restraints which living a respectable bourgeois life had put on him.

It would be difficult to imagine two stories from the same time more different in language and tone, but each magnificently evokes some of the costs of living as social creatures.

Citizen Cyborg: Why democratic societies must respond to the redesigned human of the future, by James Hughes, is an important book that looks at accelerating technologies and the social questions that arise from them.

The radical convergence of biotechnology, nanotechnology, information technology and cognitive science will have a massive impact in coming decades on what it means to be human.

The question is whose interests these developments will serve.

Rejecting free market capitalism, religious conservative and "Green" philosophies, Hughes outlines what he describes as a "technoprogressive" perspective that promotes the use of advanced technologies, but in a regulated environment for the public good.

Necronomicon is a 2008 commemorative edition of the "weird tales" of H.P. Lovecraft.

Writing in the 1920s and 1930s, Lovecraft was something of a man out of time, yet he has earned a place as both cult figure and influence for modern-day masters of the macabre.

Lovecraft is an acquired taste, but his works have served as inspiration to writers and artists as diverse as Stephen King, Jorge Luis Borges and H.R. Giger.

Lovecraft's fevered imagination works to most impressive effect with his science fiction - horror tales concerning the "Great Old Ones" a mysterious race of aliens whose civilisation once thrived on Earth.

His vision of cosmic beings far beyond the ken of humankind is entertaining and chilling in equal measure.

Bruce Jesson's collected writings To Build a Nation, published in 2005, is a book I find myself returning to again and again.

Jesson was New Zealand's leading political thinker of his generation, operating outside academia, whose untimely death in 1999 left a gap in our political discourse that has yet to be filled.

His socialist outlook was tempered by a critical approach that spared no sacred cows, whether of the left or right.

The cool and rigorous analysis contained in this collection of articles and essays is a recommended antidote to the mindless spectacle of politics experienced through the corporate media.