A bunch of good sports 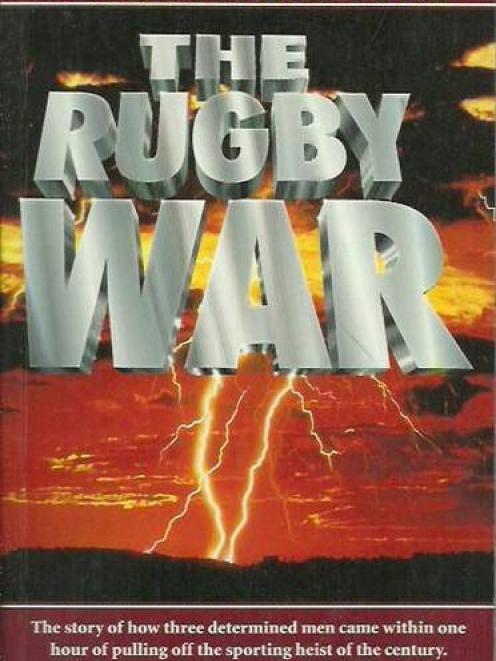 THE RUGBY WAR <br> <b> Peter Fitzsimons
Sports editor Hayden Meikle has suggested 12 must-read sports books, and a bonus 12 to fill those quiet summer days. He also asked some others for their favourite sports reads.

Vividly portrays life in the 1950s and how the Springbok tour of 1956 captured the imagination of all New Zealanders. Superbly written.

2. It's Not About the Bike (Lance Armstrong).

Motivational and inspiring story of how he responded to the challenge of cancer.

Autobiography of a gifted sportsman who trained hard, and faced numerous challenges along the way. Rewarded with Grand Slam titles, an Olympic gold medal and marriages to Brooke Shields and Steffi Graf.

The author is better known as a singer/songwriter but has produced an excellent little book which includes ''a few things golf can teach us about life and business''.

Beautifully written story of a brilliant Australian batsman from the Bradman era, who died aged 23.

Paul Allison is the chief executive of the Central Lakes Trust.

1. Old Heroes: the 1956 Springbok tour and the lives beyond (Warwick Roger).

The first rugby tour of my consciousness and, until 1981, the most turbulent. Doubles as a social commentary on 1950s New Zealand and apartheid South Africa.

A stunning commentary on the advent of professionalism in 1995 and how rugby almost fell into the lap of the World Rugby Corporation. Reads like a racy detective novel, but the people and events are real.

I was 9 and attended the infamous Don Clarke test at Carisbrook and Otago's big win over the Lions. TP goes behind the scenes and writes of the players' private lives. Compelling.

A nostalgic account of a tour by one of New Zealand's best teams. Sport was an innocent enjoyment then and there is pleasure in almost every sentence.

How could I leave it out? New Zealand's best-selling sports book. There on merit. Veysey's writing is his very finest work.

A potpourri of the best English cricket writing which you dip into at your pleasure.

A fascinating first-hand account of the greatest batsman of all. Required reading for cricket buffs.

Wright was not New Zealand's quickest-scoring opening batsman but he had the driest, most self-deprecating wit. He writes of the satisfaction of scoring 40 on a green top at Derby and of a good ''arse-rattling curry''.

This might have been just another book but it was made extraordinary by the Tangiwai disaster and its aftermath, when stricken Bob Blair and bloodied Bert Sutcliffe became the central figures of the most dramatic day in test cricket. That chapter elevates it to one of the classics.

Read Masters' diary of the Invincibles tour. A collector's item. Recalls all the events with commendable balance and provides insight into arguably the greatest of all All Black tours.