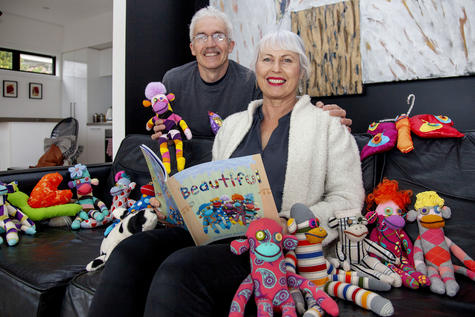 Bruce and Mary-Jane Stewart. Photo: Geoff Sloan
A broken leg and a job redundancy were exactly what a Christchurch couple needed to fulfil a dream they’ve never had time to embark on.

The mishaps gave Mary-Jane and Bruce Stewart from St Martins a chance to publish Beautiful – a children’s book about the true meaning of beauty inspired by lessons taught to their grandchildren.

Six months of writing and illustrating soon paid off when the book was internationally recognised at the Purple Dragonfly Book Awards, which honoured children’s book authors worldwide.

"It was very exciting, it’s the first book we’ve published ourselves,” Mary-Jane said.

The Stewarts had always wanted to combine their talents to produce a children’s book long before their first was listed online at Amazon in January.

Placing second in the picture book category for children five-years-old and under was therefore an unexpected feat to celebrate after a series of unfortunate events.

Time was never on their side until Bruce lost his graphic artist job at Ko Taku Reo last year, where he made educational resources for deaf and hard of hearing children.

Mary-Jane then spent several weeks away from relief teaching at Hillview Christian School recovering from a horse-riding accident that broke her tibia.

"At the time, I’d written several stories but never had time to publish them," Mary-Jane said.

"[My husband] was made redundant last July and I broke my leg in September, so I thought why not do this book?

"I’m pretty lucky as he was the perfect person to work with and it was perfect timing.

"If he didn’t get made redundant he wouldn’t have had the time to do it." 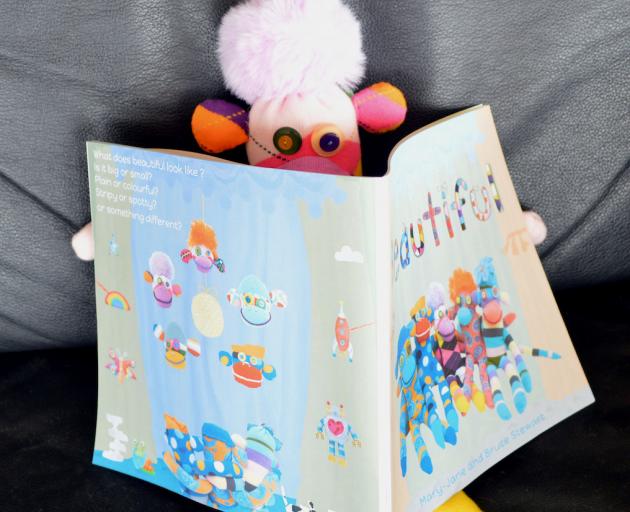 Beautiful is a children’s book about the true meaning of beauty. Photo: Supplied
Beautiful follows the story of sock puppets carrying out acts of kindness, showing children that beauty often comes from the inside.

Beauty could look like giving a card to your nana or being kind to someone who was not feeling well.

In charge of visuals, Bruce illustrated the story and also took photos of the handmade puppets and props with the characters Mary-Jane created.

Mary-Jane had her children and two granddaughters in mind when thinking of the lessons she wanted to portray.

"There are a lot of mixed messages in the world about beauty and how one looks on the outside," she said.

"What I wanted to write was that it’s not so much about what someone looks like, it’s what you do that makes you beautiful."

Married for 31 years, the Stewarts met through mutual friends when Bruce was at Polytech and Mary-Jane was at teacher’s college.

Further down the track, they hoped to publish more stories, particularly for older children.

"When you’re creative, it’s nice to have a kindred spirit with someone who understands the process and a little bit of the way you think and feel."