Collection a tour of New Zealand

Don’t judge a book by its title. There is not much about the Commercial Hotel here, apart from Roxburgh’s now-closed Commercial Hotel being the setting for apple-picking in John Summers’ introduction to James Joyce’s A Portrait of the Artist as a Young Man. Such is the way of this intriguing collection combining memoir and reporting. 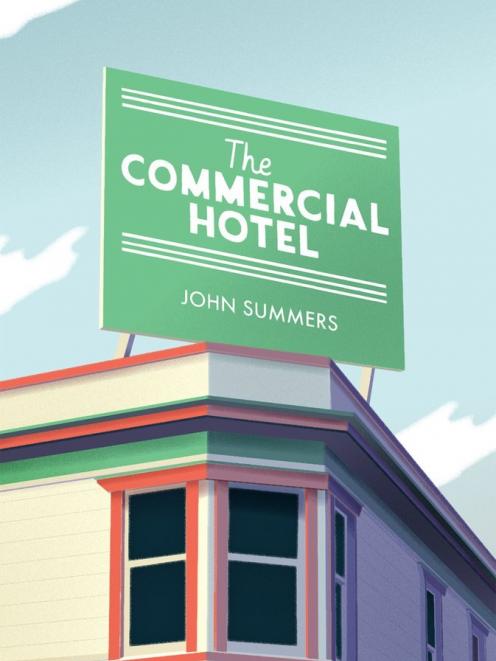 Summers takes us on a tour of the New Zealand he knows, from a Norman Kirk reflection to experiences in freezing works, in pubs and among the Kiwi eccentrics.

Equally satisfying are his encounters with books. To mention just a few, The Coral Island and Lord of the Flies which are woven into his essay on visiting the Cook Islands; and David Grant’s solid history of pacifism, Out in the Cold, which backgrounds Summers’ tale of his grandmother, Connie, who was the only woman imprisoned in New Zealand for anti-war activities in World War 2.

The 22 chapters cover an eclectic mix of subjects including boyhood memories, a French horn player, and colourful characters with Otago connections such as Ben Shapiro and Oamaru’s Michael O’Brien. But the quality of Summers’ writing is such that all the stories are a pleasure to read, regardless of the topic.

‘‘I read and reread Portrait until it became both a part of and about those evenings. Thinking of that book now, I think of the chalky cold of an April evening, the dimming light, the smell of coal smoke in the air. It was Roxburgh and it was Dublin. I was sure.’’

The author’s voyaging in the waters of New Zealand history provides a pleasing mix of fact and personal feelings which makes the trip sparkle. Margaret Hayward’s Diary of the Kirk Years which sat on his father’s bookshelf, sparks a journey of discovery for a writer who was born nine years after Kirk’s death.

Now, reflecting on Kirk’s legacy and its impact on today’s politics, Summers suggests that Kirk was simply posing some questions about our political world: ‘‘What if it never forgot the way the poorest of us lived, worked to make sure we all had those basic needs fulfilled, and held our values even as more powerful countries forgot theirs?’’

There is much to ponder and much to chuckle over amidst the fine writing found in The Commercial Hotel.