The concept of success 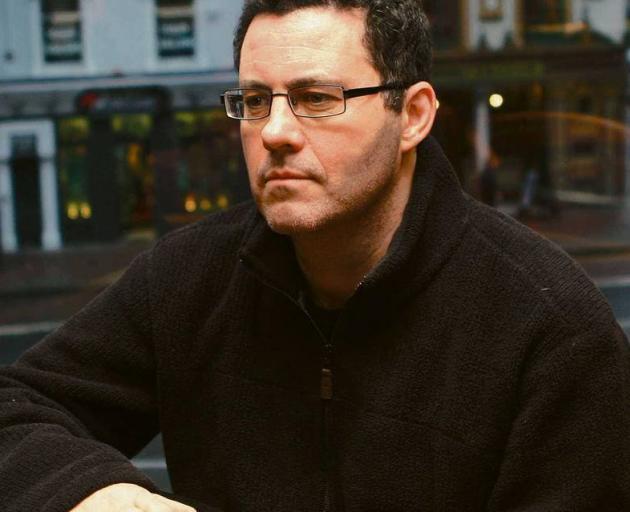 Adrian McKinty
Irish author Adrian McKinty’s Sean Duffy novels have won him widespread critical acclaim but it wasn’t until he wrote the gripping thriller The Chain that things really took off. McKinty is in town this weekend as part of the Celtic Noir crime writing festival, where he’ll talk about his rocky road to success and what goes into writing a high-concept thriller.

Q You've had enormous success with your latest novel The Chain. How did this come about?

I'd written this series of detective novels set in Northern Ireland that paradoxically were getting pretty good reviews and winning awards but no-one was actually buying any of the bloody books! I suppose because it was such a dark and obscure subject matter.

So eventually in about 2017, after we'd ended up getting evicted from our house in St Kilda [Melbourne], I decided to get a real job and got work in a bar and driving my car as an Uber. I effectively quit writing but then [fellow crime writer] Don Winslow heard about my situation and he put me in touch with his agent, Shane Salerno, who convinced me to write an American novel, which I hadn't really done before.

Q The Chain has been described as a high-concept thriller, otherwise known as a "book with a hook". Can you describe The Chain and its hook?

An ordinary woman has to kidnap someone else's child to get hers released from an entity known as The Chain - that's what's called a high-concept elevator pitch. My other novels were noir so they are more about mood and atmosphere rather than story.

Q Your early novels won numerous awards, including the Edgar Award, Barry Award, Anthony Award and Ned Kelly Award. How has your experience with The Chain been in comparison?

Completely different experience. Night and bloody day. It used to be that my books would come and vanish the very same day with a few polite reviews and then "poof", gone. The Chain debuted on the New York Times bestseller list at No7 and stayed there for a month.

Q The Chain and your debut novel Dead I Well May Be have both been optioned for movie rights. Can we expect a film soon?

I hope so. That fairy gold from Hollywood sure looks inviting and delicious.

Q Where are you based now and what are you working on?

I'm currently living in New York. A Spanish newspaper recently published an article that said my next project was going to be an opera about Lorena Bobbitt. If it's in the paper it must true.

Q You are in Dunedin this weekend for the inaugural Celtic Noir crime writing festival. Do you think of yourself primarily as an Irish author?

Yes, I've lived 10 years in America and 10 years in Australia but I consider myself Irish. I'll probably be the one doing most of the singing - me and Val [McDermid].