Contested memoir of an auteur of disorientation 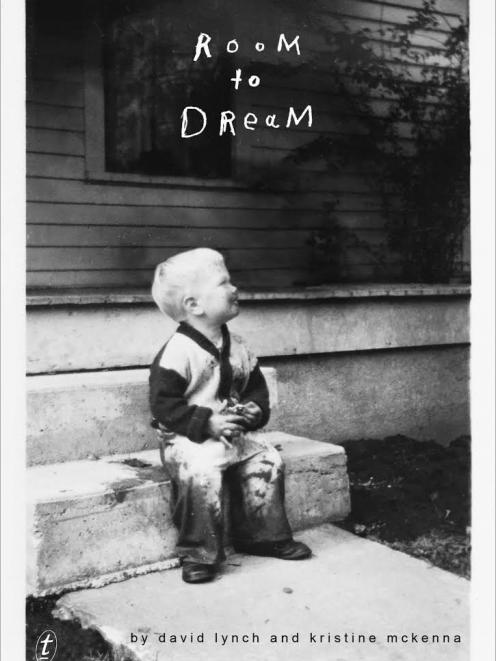 It is impossible to box David Lynch in with words. Screenwriter, film-maker, complex auteur, furniture maker, and interdisciplinary creator; Lynch has transformed the visual experience, beginning in full force when he foisted Eraserhead upon an innocent audience in 1977.

A surreal black-and-white horror,  the film demonstrated the darkness in which he would gleefully operate, where beneath a seemingly simple and pleasant domesticity was a messed-up world of contradiction, violence, and the blurring of any boundaries when it came to identity and reality.

Typical of Lynch’s working method, where no material is too sensitive, he used real umbilical cords among

other gruesome props. For his continuing efforts to challenge and shock he  was dubbed "the Czar of the Bizarre" by Time magazine.

Room to Dream is Lynch’s memoirs, but they are nothing as straightforward as that. Divided into chunky chapters with such memorable titles as "Smiling bags of death" and "Finding love in hell", each section has two accounts: firstly, by Kristine McKenna, and secondly by Lynch, where he confirms or modifies her version. It is like Lynch having a conversation with himself.

Many interesting snippets are divulged  as his projects and  relationships stretch chronologically. He shares how the science-fiction film Dune was a devastatingly bad project for him, from which he took a long time to recover; that the ratings of the hugely popular Twin Peaks series plummeted as Lynch feared they would when he was forced to reveal who killed Laura Palmer; and that his idea of perfect fame was when a bag lady  professed to love his films.

While Lynch collaborates on projects, particularly with Twin Peaks writer Mark Frost, his is the word and vision  that rules. Other people are the brushes. Angelo Badalamenti, his musical mentor, would be the exception. As Lynch says, the individuals selected for certain roles are no less than god-sent, or Lynch-sent, born from birth to fulfil this destiny.

Lynch is a mysterious figure, as his memoirs show. Indeed, mystery and intrigue are  central to his projects. While his attitude to time as a concept is that it is a free and slippery part of his work, his memoirs disclose his favouritism  for the 1950s, his early years. An idyllic childhood in Boise, Idaho,  also involved glimpses of  a darker side of life. There he would practise bomb-building, or  attempt to pop decomposing cows  with pickaxes.

What he is drawn to about the 1950s is the "gleaming veneer of innocence ... the dark forces pulsing beneath it, and the covert sexiness", which is on overt display in Twin Peaks and Blue Velvet, beyond the white picket fences. Cowboy figures of his childhood reappear in his films, albeit malevolent beyond imagining,  guaranteed to haunt a viewer in their Lynchian-inspired nightmares.

Contradictory elements build his identity: he claims to be a vegetarian but loves foie gras; and  cultivates a haunted and brooding persona yet is widely considered serene and beautifully mannered. What is grotesque to others is part of life’s mystery and beauty to him. The many people quoted  almost all gush about Lynch.  One person, on meeting him for the first time, went so far as to say he  was as "calm as a Hindu cow".

His actors often have to go to extraordinary lengths. Willem Dafoe was once fitted with an extra set of teeth over his own set. Another was asked if he could have a hole made in his cheek (Lynch: "It doesn’t seem that extreme!") in order to blow out poisonous gas. In that case, the actor declined.

Room to Dream is a fascinating look into an endlessly imaginative and alarming man, the maker of violent and perplexing narratives. As his film Lost Highway is described, and which is fitting of all his work, it is "an elaborate hallucination that could never be mistaken for the work of anyone else".

• The Weekend Mix has three copies of Room to Dream, by David Lynch and Kristine McKenna, courtesy of Text Publishing, to give away. For your chance to win a copy, email playtime@odt.co.nz with your name and postal address in the body of the email and "Room to Dream" in the subject line by Tuesday, August 7. 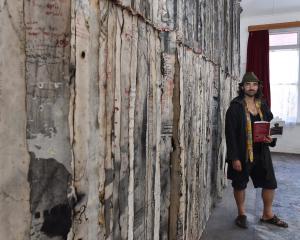