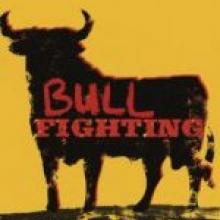 BULL FIGHTING <br><b> Roddy Doyle <br></b><i> Jonathan Cape
I've heard it said that short stories are more difficult to write than novels, so I take my hat off to both noted Irish author Roddy Doyle and local newcomer Breton Dukes for collections that, for the most part, provided stimulating reading about the same subject: males at a crossroads.

Doyle's males are men in their 40s in the stages of reassessing their lives as children leave home and there's just the wife to relate to. Unemployed Bill, in Funerals, fills his spare time by driving elderly parents to - yes - funerals, but gets the wobbles when his mother hints that there's more to the trips than just paying their respects. And what will the wife of the unnamed man in Blood do when she discovers he's developed a taste for raw meat. Will she believe him when he says he threw it out because it was "off"?

In the feature story, Bullfighting, Donal, a 48-year-old who works for the tax department, and enjoys putting the squeeze on rich farmers, goes on a mates-only holiday to Spain entirely given over to drinking and passes out in a bullring complete with a raging bull that's had its horns set on fire.

Definitely a "must read" for men into off-the-wall humour and canny observation of the human condition. 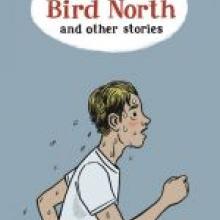 Bird North <br><b> Breton Dukes <br></b><i> Victoria University Press
• Roddy Doyle is a hard act to follow, but in Bird North, New Zealand author Breton Dukes does it with a gritty, and sometimes disturbing collection of stories that illustrate the pitfalls and dilemmas facing teen to mid-20s Kiwi males. The blurb on the cover compares Dukes to such notables as Frank Sargeson and Owen Marshall. But what Dukes has most of all is a total understanding of his subject material. He's lived the life and done the time, although the lack of resolution in some stories is a bother.

Will Marcus, in the feature story, get his revenge on "Bird", a 50-ish man who pulls a knife during a tramp and induces the young teenager to perform an indecent act?

Will Benny, who takes his girlfriend to Tunnel Beach (yes, our Tunnel Beach) go through with his plan to ditch her, after he's stripped to his sex-shop undies?

Will Todd, in Argentina, learn that the way to a woman's heart is not to spend their last dollar on booze.

And will young males ever learn not to respond to challenges to their manhood by drunken, high "mates"?

Sure to get readers out of their comfort zone, and mostly local, with Dunedin, Palmerston and Christchurch among the varied locations to make readers feel right at home.