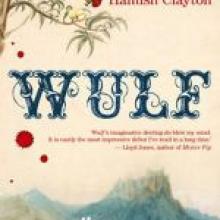 WULF<br /> <b>Hamish Clayton</b><br /> <i>Penguin</i>
The first months of this year have seen the publication of three significant novels about 19th-century New Zealand, two of them dealing with life on the South Island goldfields in the 1860s and the third with Te Rauparaha in 1830.

Wulf and Hokitika Town are "historical novels" in the usual sense, written in the present but depicting the historical past, while the third, Tom Hungerford, is "historical" in a different sense, a novel about the 1860s written in the 1870s but published as a book for the first time now.

The first two have been accepted well by the general reading public, with Hokitika Town reaching first on the sales charts for current New Zealand fiction and Wulf fourth. 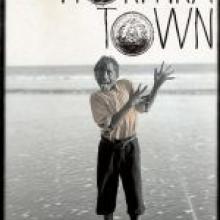 HOKITIKA TOWN: Life as a West Coast coin boy<br /> <b>Charlotte Randall</b><br /> <i>Penguin</i> </p>
Tom Hungerford is printed as part of a series of "New Zealand Colonial Texts" and is aimed at a more specialised audience, but has much to offer the historically-minded general reader.

Since James McNeish's Mackenzie back in 1970, there has been a rich outpouring of historical novels depicting New Zealand's 19th century, ranging in mode from the sober historical realism of Ray Grover's The Cork of War or Philip Temple's Stations to the post-modern complexities of Stevan Eldred-Grigg's The Siren Celia or Ian Wedde's Symmes Hole, not to speak of the popular realistic romances represented by Jenny Pattrick's "Denniston" novels.

The most substantial accomplishment in the genre remains Maurice Shadbolt's land wars trilogy of 1986-93 (The Season of the Jew, Monday's Warriors and The House of Strife).

But many important novelists have contributed strong 19th-century historical novels, including such as C.K. Stead's The Singing Whakapapa, Fiona Kidman's The Book of Secrets and The Captive Wife, Graham Billing's The Chambered Nautilus, Elizabeth Smither's First Blood and Witi Ihimaera's historical sections of The Matriarch and, more controversially, The Trowenna Sea.

Shadbolt once said that he wrote historical novels about 19th-century New Zealand to fill the gap left by the scarcity of New Zealand fiction written at the time. The publication of William Baldwin's Tom Hungerford in book form makes available one of those scarce early novels. It was published as a serial in the Tuapeka Times in 1872-73 but never until now has appeared as a book. For contemporary readers the 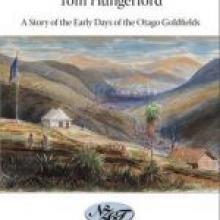 TOM HUNGERFORD: A Story of the Early Days of the Otago Goldfields<i><br /> <b>William Baldwin, ed. Jim Sullivan</b><br /> <i>Department of English, University of Otago</i>
novel is marred by a melodramatic plot and a wordy style peppered with unnecessary quotation and classical allusion, but it holds interest for its realistic depictions of life on the goldfields and at the pioneer sheep stations - the work, the people, the practical economics, law-enforcement and crime, the living conditions, the weather and the country.

The melodramatic plot is mercifully almost nonexistent in the first 13 chapters, allowing Baldwin to give to his eponymous hero a lightly fictionalised and convincingly detailed account of his own experiences of arriving in Dunedin in 1860, of being involved with the discovery of gold in Gabriel's Gully and Waitahuna, and of purchasing a sheep station near Roxburgh.

However, the plot dominates the last six chapters in which Tom is almost murdered by the Kelly-Burgess gang which was active in Otago at the time, is lumbered with a previously unannounced mission to regain the lost family property in Ireland (an unlikely reason for the murder plot), saves the heroine from drowning in the Teviot, and discovers she is engaged to another but is allowed to hope for an eventual union when her fiance is killed in the Waikato wars.

The melodrama is an unnecessary distraction, but it does not affect the engaging historical material of the first 13 chapters, which are well complemented by Jim Sullivan's fine introduction and notes and the accompanying historical illustrations.

The historical novels dealing with the 19th century perhaps peaked in the 1990s, but Hokitika Town and Wulf are interesting additions to the group.

Halfie, the young part-Maori narrator of Hokitika Town, provides a uniquely naive view from below of the gold-rush town in 1865 with its miners, hotelkeepers, prostitutes, local politicians and criminals. With his Maori mother dead and his Pakeha father ignoring him, he lives precariously as a "coin boy", running errands for various people and living with Ludovic, an alcoholic but god-fearing and intensely moral gypsy. He has an uncertain but developing command of English, and his frequent misunderstanding of metaphorical idioms by taking them literally is a kind of model of his misunderstanding of the often nefarious town life in which he is involved. He always wishes well for the people for whom he works, but his naive attempts to do the right thing often cross with their convoluted plots with unexpected results, including several terrible deaths, but ending with a possible rescue of a baby and a purpose in life for Ludovic.

Randall's previous five novels have certainly not lacked for imagination, ambition, stylistic inventiveness and variety - the most depressing growing-up-in-Dunedin novel, the monologue of a patient chained to a wall in Bedlam, a reverse-gender postmodern version of the Faust story, a backwards-moving narration of the deaths over the centuries in a family, an account of an enigmatic man's unresolved story of the disappearance of his daughter and the death of his wife. Hokitika Town adds yet another radically different work to this varied collection.

Wulf, Clayton's first novel, deals with events 35 years earlier - the activities of the trading brig Elizabeth around Kapiti, culminating in its complicity in Te Rauparaha's Banks Peninsula kidnapping and massacre of Ngai Tahu. As in Hokitika Town, voice and perspective are crucial. The ultimately terrible events are filtered through the mind and presented in the voice of the unnamed narrator, on his first voyage as a sailor. His narrative alternates between his telling of the Elizabeth's journey down the west coast of the North island to Kapiti and his retelling of the past of Te Rauparaha, the Wolf, as told to him and other interested crew members by the young and articulate Cowell, the ship's trader, who spoke Maori and had heard his stories from Maori informants.

The narrator, even though he is viewing the action retrospectively, knowing the bloody climax as he tells the earlier parts of the story, still takes a romantic attitude towards not only the New Zealand landscape but also Te Rauparaha, influenced by Cowell, who is knowledgeable and enthusiastic about both the land and the violent Maori culture, and for whom he had a kind of homosocial regard. The narrator's prose is poetic, even including brief poems at the end of some sections, as he finds the Sublime's mesmerising union of beauty and fear in the strange land and in Te Rauparaha, on whom he looks back with "a deep and profoundly uncomfortable admiration" and who he feels to be an embodiment of the savage spirit of the land.

At the end the narrator hides out on Kapiti to avoid going on the fatal voyage with Te Rauparaha and his warriors, about which he has had terrible premonitions; but by the time he has had an account of it from Cowell he is able to accept the whole affair as a kind of initiation by blood by which "we'd all passed over into the lore and care of these islands" so that on the voyage back up the coast he could read the pohutukawa blossoms as "not only a celebration of that country's warmest months, but of the Wolf himself. The trail of blood he'd left" (with possibly a subterranean echo of Allen Curnow's great poem about death and beauty, "Spectacular Blossom").

Years later, when he heard Cowell's additional account of how the kidnapped Ngai Tahu chief Hara-nui and his wife strangled their beloved daughter on the return voyage rather than surrendering her to be Te Rauparaha's prisoner and how the sailors reverently returned her body to the sea, he could see that as the moment when Pakeha and Maori "had entered each other's histories".

Underlying the novel are parallels between Te Rauparaha's history and the mysterious Anglo-Saxon poem Wulf and Eadwacer, which gave the novel its title and was Clayton's original inspiration. These, Clayton has said, have "a loaded significance - a post-colonial concern bound up in the politics of representation". That is, the narrator, with Cowell as his "interpreter", has attempted through his 19-century English sensibility to engage imaginatively with the strange and previously unknown land and culture of New Zealand. In the process he and Cowell have presented implicit parallels with an earlier, tribal phase of their own culture.

Cowell ends his account of the death of Hara-nui's daughter with a poem presenting the lament of her mother and incorporating lines and images from the Anglo-Saxon poem, and closes his story with his own brief poetic comment, implying that "the world locked within" her lament, if we understood it properly, would help us to unlock the mysterious Anglo-Saxon lament and understand its seemingly foreign world:

So her voice comes to us.
a world locked within it
but unlocking another.

Taken as a group, the three novels show that there is still literary gold to be found in those 19th-century hills.

Tom Hungerford shows that there is a "hidden" fiction to be found in the short stories and serialised novels in colonial newspapers and periodicals.

Hokitika Town and Wulf show that there remains a lot of good material for historical fiction in 19th-century New Zealand history, especially when it is viewed from different perspectives and told in engaging voices.