Rules made to break 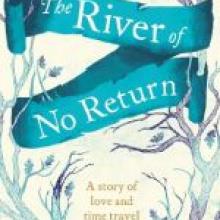 The River of No Return<br><b>Bee Ridgway</b><br><i>Michael Joseph</i>
As soon as I saw the words ''love and time travel'' on the cover of this book, I thought of one of my favourite novels, The Time Traveler's Wife by Audrey Niffenegger.

Not long into the book, a jump of about 200 years in time is made, which reminded me of Diana Gabaldon's first in the Outlander series, Cross Stitch. But this story grew into something unique.

A remarkable tale involving not only time travel, but various tricks with time, e.g. live pause, fast-forwarding and rewinding, like having your own personal MySky control.

There is also a wonderful mix of action, romance and discourse on subjects from slavery, to economics, (particularly the Corn Laws of 1815), to the nature of time, and the ability to change events in the past and future. There are no standing stones here. Jumping in time is done using feelings, although some places are more favourable for time-jumping than others.

Nicholas (Nick) Falcott, Marquess of Blackdown, is transported from a battlefield in Spain in 1812, to London in 2003, escaping death.

He is set up in a nice life by the Guild, which helps victims of these seemingly frequent happenings, until 10 years later he is required to go back to his old life on a mission, something he had been told was impossible.

Over the course of the book, Nick learns the rules are made to be broken, and allegiances constantly shift.

Meanwhile Julia, granddaughter of the Earl of Darchester (neighbour of the Falcotts in Devon), slowly discovers her powers,

which have been hidden from her. She must work alone to hone these abilities, and find out how they affect others and endanger herself, then work out who to trust.

Several minor characters play important roles, and all are well fleshed out. There are thought-provoking passages on the roles of women.

Coming back from the 21st century, Nick is exasperated by the way women must behave in the 19th century, and the social mores and language of the times are often explored.

Nearer the end of Ridgway's debut book, there are more twists than a box of snakes practising yoga, but I didn't feel lost in the plot. It is obvious there will be a sequel, if not a third book, and I can't wait. I want to speed up time until it is written.